Green activists sue over US border wall An environmental group is suing the US government, seeking to force it to perform an environmental assessment of President Donald Trump’s plans to build a wall on the US–Mexico border. Congressman Raul Grijalva (Democrat, Arizona) and the Center for Biological Diversity filed the lawsuit on 12 April in a federal court. They allege that the government plan could harm species that live near the border, including some jaguars and ocelots, a type of leopard. The Department of Homeland Security began soliciting bids last month for the construction of ‘test walls’ near San Diego, California. 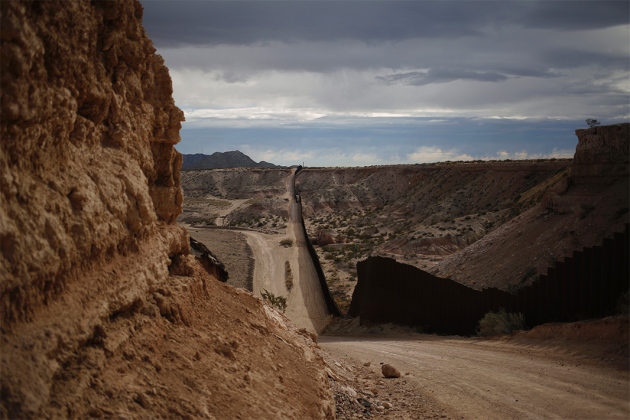 US–Mexico border: activists are pushing for the US government to perform an environmental assessment of the plan to build border wall.

Research integrity US universities and scientific societies should create an independent panel to strengthen research integrity and tackle misconduct, says an 11 April report by the US National Academies of Sciences, Engineering, and Medicine. The recommendation is one of 11 in the report, called Fostering Integrity in Research, which outlines what it considers “detrimental research practices”, including misleading statistical analysis and awarding authorship to those who don’t deserve it. The report also says that institutions should work to protect whistleblowers who uncover research misconduct, and should support the publication of negative findings.

Fake-drug laws China’s Supreme People’s Court is to make the submission of falsified clinical data a crime punishable by multi-year prison terms. Last week, a review committee of the court approved a new “interpretation” of criminal law. As a result, drug companies or the research contractors that conduct studies for them can be prosecuted under laws against false documentation and the production of spurious medicines. Cases in which ‘fake drugs’ — those created on the basis of false data — lead to deaths are punishable by the death penalty, concluded the committee. The new interpretation takes effect soon, says the court on its website.

Small government On 12 April, US President Donald Trump’s administration lifted a hiring freeze it had placed on all federal agencies — including those that oversee research, such as the National Institutes of Health and the Environmental Protection Agency — while implementing broader plans to reduce the size of government. The White House set out guidance to help federal agencies to comply with a separate executive order, issued in March, that requires them to develop a “reform plan” within six months. Agencies must take immediate action to reduce their workforces, the guidance says, and submit drafts of their reform plan and a plan to “maximize employee performance” by 30 June.

Forensics in limbo The US Department of Justice has disbanded an independent advisory panel aimed at improving forensic science and its use in the courtroom. The National Commission on Forensic Science (NCFS), comprised of researchers and legal experts, is to be replaced by an internal board tasked with reviewing US forensics labs. The NCFS was formed in 2013 in response to a 2009 report from the US National Research Council, which found that procedures for analysing most forms of forensic evidence, such as hair and bite marks, were flawed and based on unsubstantiated science.

Trans-fat ban Laws restricting artificial trans-fatty acids in food can lead to a reduction in heart attacks and strokes, suggests a study published on 12 April (E. J. Brandt et al. JAMA Cardiol. http://doi.org/b5tz; 2017). Trans-fats are often added to processed foods and are associated with increased heart risk. Between 2007 and 2011, 11 New York counties restricted trans-fats in restaurant food. Researchers compared hospital admissions for heart attacks and strokes in 2002–13 between the counties with trans-fat restrictions and 25 counties without. Admissions decreased across all counties, they found, but the decrease was greater by 6% in those with restrictions.

Glacier drill try A UK research team is heading to the Himalayas this month to drill into the world’s highest glacier. It is the first attempt to penetrate the Khumbu glacier, at an elevation of 5,000 metres near Mount Everest. By drilling boreholes down to the base of the glacier and installing sensors inside them, the scientists aim to understand its structure and flow. Glaciers in the Hindu-Kush Himalaya, which extends from Afghanistan to Myanmar, are an important source of water for the region, but models of how they might respond to climate change are limited by a lack of data. The group consists of researchers from Leeds, Aberystwyth and Sheffield universities.

EU collaboration Joining the European Union can have a negative impact on cross-border scientific collaboration, suggests an analysis published on 12 April (O. A. Doria Arrieta Sci. Adv. 3, e1602232; 2017). The study assessed countries’ collaboration rates by counting publications involving authors from more than one nation. It found that the ten countries, most in Eastern Europe, that joined the EU in 2004 would have had more international research collaborations if they had not joined. Brain drain to Western nations is one reason for the drop, say the authors. 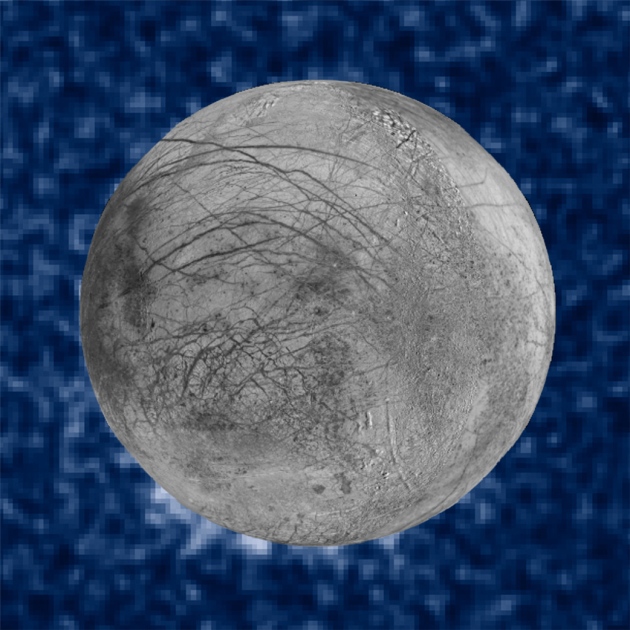 Liver-on-a-chip The US Food and Drug Administration (FDA) said on 11 April that it has started testing whether ‘livers-on-chips’ — miniature models engineered to mimic the organ’s biological functions — can reliably replicate human reactions to food-borne illnesses, with a view to replacing animal experiments. It is the first time that any regulator has pursued organs-on-chips as an alternative to animal testing. The experiments will help the agency to determine whether companies can substitute chip data for animal data when applying for the approval of a new compound, such as a food additive, that could prove harmful.

CRISPR patents In a widely expected move, the University of California, Berkeley, and its partners filed an appeal on 12 April to a US ruling that key patents on the gene-editing technology CRISPR–Cas9 belong to the Broad Institute in Cambridge, Massachusetts. The patents concern the use of CRISPR in eukaryotes such as plants and animals — potentially the most lucrative application of the technique. In February, the US Patent and Trademark Office decided that Berkeley’s US patent application did not adequately specify applications of CRISPR–Cas9 in eukaryotes, and thus did not overlap with the Broad’s patent that covers eukaryotic uses of the technology. By contrast, in May, the European Patent Office intends to grant Berkeley a patent on CRISPR that covers uses in eukaryotes.

Theranos settles The troubled blood-analysis firm Theranos has agreed not to own or operate a blood-testing lab for two years, after reaching a settlement with US regulators. The company, based in Palo Alto, California, rose to prominence with promises of a technology that could perform a range of diagnostic tests using a drop of blood. But its claims faced scepticism and regulatory scrutiny. After failing lab inspections by the Centers for Medicare & Medicaid Services, the US agency that regulates blood-testing labs, Theranos closed its blood-testing facilities last October. In a statement on 17 April, the company said that it will continue to develop miniaturized blood-testing technologies.

Female academics report spending more time on teaching and public-engagement tasks and less time on research than their male counterparts, finds a survey of UK university staff in science-based subjects. The study of 2,495 male and 2,374 female academics at 43 institutions, published by the London-based charity Equality Challenge Unit, found a small but statistically significant gender difference, even when the effects of factors such as age, seniority and contract type were accounted for. 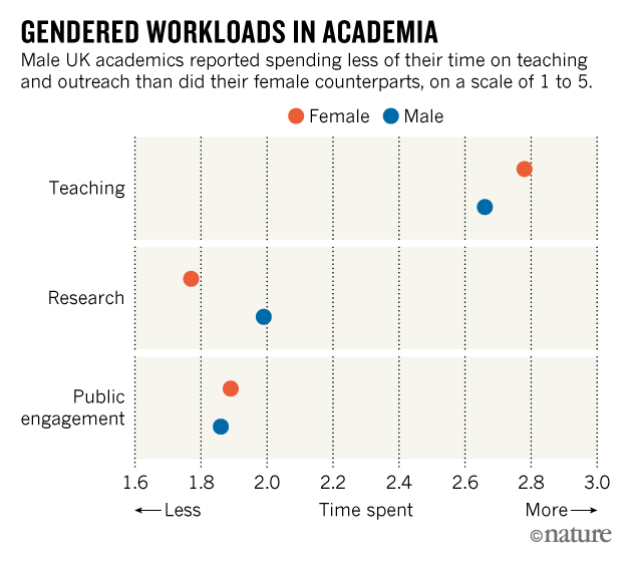 22 April
Researchers and science advocates take part in the March for Science in Washington DC and in more than 500 locations around the world.
marchforscience.com

NASA’s Cassini spacecraft, which has explored Saturn and its moons for 13 years, makes the first manoeuvre in its 5-month, mission-ending trajectory. In September, Cassini will perform a kamikaze dive into Saturn’s atmosphere.
go.nature.com/2orlesl