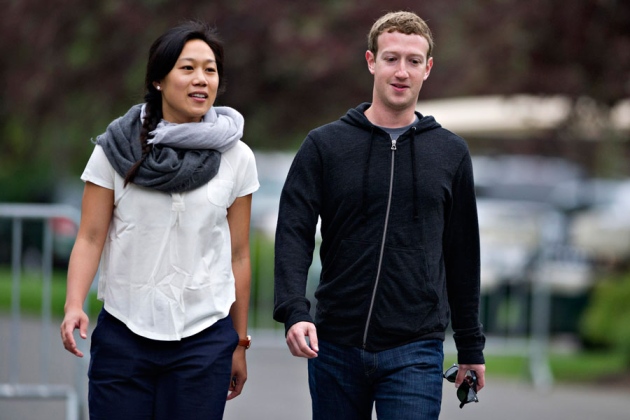 They are not the first billionaires to try to disrupt science. But Facebook co-founder Mark Zuckerberg and his wife, physician and educator Priscilla Chan, have enlisted a ‘dream team’ of scientific leaders to oversee a US$3-billion effort to boost basic research.

“We see this work as being led and done by scientists,” Chan told Nature before the couple unveiled the Chan Zuckerberg Initiative's plans on 21 September. She and her husband created the initiative in December to invest proceeds from their Facebook shares to aid causes such as education, health research and Internet connectivity.

Zuckerberg and Chan have set themselves an audacious goal: eliminating, curing or preventing disease by the end of the century. They intend to get there by coaxing teams with diverse expertise to collaborate on developing new tools and technologies — something that scientists say is sorely needed. The $3-billion commitment announced today will cover the project's first ten years.

“Building tools requires bringing scientists and engineers together in large numbers for large periods of time, and that’s not something most science funding is set up to do,” Zuckerberg told Nature. “That emerged to us as a big opening where we could help grow this movement among other scientific funders.”

The initiative's approach stands in stark contrast to some other Silicon Valley-led efforts to revamp science. Take Google's parent company, Alphabet, which has closely guarded its biomedical-research enterprises — including its life sciences company Verily, and its anti-aging research company Calico, whose creation prompted TIME magazine to ask, “Can Google solve death?”.

Chan and Zuckerberg “have set out a goal that makes you gulp, and then they’ve said, what are the missing pieces we need to get there?” says Eric Lander, president of the Broad Institute of MIT and Harvard in Cambridge, Massachusetts, and one of dozens of scientists whom the couple have quietly consulted over the past year. “I am sure it will provoke people to think, can we actually do that?”

The pair’s plans involve a who’s who of researchers. Neurobiologist Cornelia (Cori) Bargmann, an architect of the US National Institutes of Health's (NIH) contributions to the US government BRAIN Initiative, will become president of science for the Chan Zuckerberg Initiative. The couple have also consulted a host of other biology notables, including Francis Collins, the director of the NIH, and Arthur Levinson, chief executive of Google’s Calico and former chief executive of Genentech. Princeton University president emeritus Shirley Tilghman and Nobel laureate Harold Varmus are on the project’s scientific advisory board.

Bargmann says that the organization intends to set up “challenge networks” of interdisciplinary researchers from different institutions. The scientists will commit to work on problems such as neurodegeneration, which could require contributions from basic biologists, clinicians and engineers. The initiative has also created the San Francisco-based Chan Zuckerberg Biohub, a US$600-million, 10-year partnership with Stanford University in California, the University of California, San Francisco (UCSF), and the University of California, Berkeley. UCSF biochemist Joseph DeRisi and Stanford bioengineer Stephen Quake are leading the effort.

The biohub will first focus on creating a human-cell atlas that will use technologies such as single-cell genetic sequencing and gene editing to examine cells in minute detail, and developing new ways to detect, respond to, treat and prevent infectious disease.

Bargmann hopes to draw on the project’s Silicon Valley roots to address issues such as the dearth of scalable tools that can be widely used across fields. “In my lab, everyone now writes code; that’s a bit like everyone making their own soap,” Bargmann says. “We should be finding ways of doing this that are general and powerful, that allow us to interact and share our knowledge.”

Silicon Valley companies have drawn heavily on some areas of scientific expertise — luring away talent in fields such as machine learning. Google’s Verily has also recruited top-flight biomedical researchers to work on ideas such as the Baseline Study, a longitudinal health project that has been running in a pilot phase since 2014. But the company has not published any data from that project, and scientists at Verily have said little publicly about their work there.

DeRisi says that, by contrast, the biohub will disseminate data as broadly and as rapidly as possible. The initiative also hopes to avoid some of the administrative hurdles that hamper scientists’ productivity. Applications for individual investigator awards, for instance, will be simplified compared with NIH applications, and some individual investigator awards will be reserved for non-tenured scientists, so that the researchers aren’t competing with their more senior colleagues. The biohub will also create some lab-leader positions for researchers who don't want to teach or write grants.

Lander predicts that such moves will be especially welcomed by young scientists, who, he says, are clamouring to work more collaboratively. “Younger scientists are tremendously excited to figure out how to work together, but there haven’t been that many vehicles to support these kinds of approaches.”