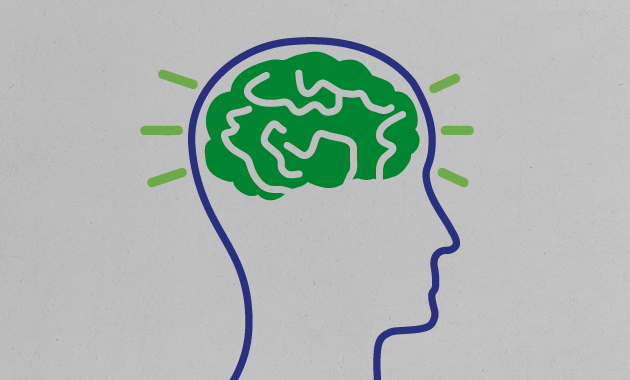 Researchers continue to work on noninvasive ways to reach the inner brain.

A new technique might allow researchers and clinicians to stimulate deep regions of the brain, such as those involved in memory and emotion, without opening up a patient’s skull.

Brain-stimulation techniques that apply electrodes to a person’s scalp seem to be safe, and proponents say that the method can improve some brain functions, including enhancing intelligence and relieving depression. Some of these claims are much better supported by research than others. But such techniques are limited because they cannot reach deep regions of the brain. By contrast, implants used in deep brain stimulation (DBS) are much more successful at altering the inner brain. The devices can be risky, however, because they involve surgery, and the implants cannot be repaired easily if they malfunction.

At the annual Society for Neuroscience conference, held in San Diego, California, last week, neuroengineer Nir Grossman of the Massachusetts Institute of Technology in Cambridge and his colleagues presented their experimental method that adapts transcranial stimulation (TCS) for the deep brain. Their approach involves sending electrical signals through the brain from electrodes placed on the scalp and manipulating the electrical currents in a way that negates the need for surgery. The team used a stimulation device to apply two electric currents to the mouse's skull behind its ears and tuned them to slightly different high frequencies. They angled these two independent currents so that they intersected with each other at the hippocampus.

The brain’s neurons respond to low frequencies, and so these high-frequency currents passed through the tissue without affecting it. But at the point where the currents crossed, they mostly cancelled each other out. The remaining difference between the two frequencies created what the neurons interpreted as a single, low-frequency field, which triggered them to fire in response. When the researchers dissected the animals' brains, they found that cells in the hippocampus had fired, whereas the cells in outer parts of the brain had not.

The team is now testing the technique in human volunteers, says Alvaro Pascual-Leone, a neurologist at Harvard Medical School in Boston, Massachusetts, who is collaborating with Grossman. While each volunteer lies in a brain scanner, the researchers can measure how brain activity in his or her hippocampus changes in response to TCS in real time. But they have not yet tested whether this stimulation can affect behaviour, for example, by improving performance on memory tests.

Grossman says that the technique still requires a lot of fine-tuning and testing. In particular, the electrical field is imprecise and seems to have stimulated large portions of the hippocampus in the rats.

Angel Peterchev, a neuroengineer at Duke University in Durham, North Carolina, is sceptical of the technique. He points to some evidence suggesting that the frequencies used by the researchers in their study might still be too low to pass cleanly through the brain and could cause some off-target effects1.

“It’s a slow road,” says Joel Voss, a neuroscientist at Northwestern University’s Feinberg School of Medicine in Chicago, Illinois. His group is using a similar method called transcranial magnetic stimulation (TMS) to activate neurons on the brain’s surface and direct them so that the signal propagates along neuronal tracts until it reaches deep regions. By targeting the hippocampus in this way, they have been able to temporarily improve memory in healthy volunteers2.

Voss says that he dislikes TCS as a method because it is not always reliable, but is glad that people are working on ways to stimulate the deep brain that do not involve implants or surgery. "I think there’s a huge need for things like this,” he says.

Pascual-Leone acknowledges the concerns, and says that the group is looking to improve the technique’s precision by altering the frequencies or priming specific cell types with drugs so that they will be more responsive to stimulation. “I find it very exciting because of its potential,” he says. But the neurologist also realizes that the technique has yet to deliver on its promise.

Still, psychiatrist Helen Mayberg of Emory University in Atlanta, Georgia, doubts that transcranial methods will replace implants any time soon, especially because DBS works well as a therapy for many people. “At this moment in time, we are at a point in the trajectory where we have something we can offer patients,” she says. Ten years from now, she says, doctors hopefully won’t have to resort to such invasive options.