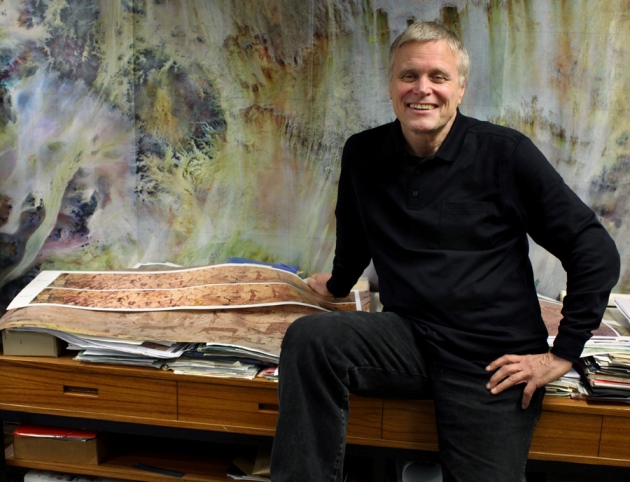 Geologist Stefan Kröpelin sets out for the Sahara desert on 19 February.

Fears of terrorism and political instability put some scientists off joining geologist Stefan Kröpelin on his latest expedition to unlock the secrets of the Sahara desert. One of the most experienced Sahara researchers in the world, the 63-year-old geologist from the University of Cologne in Germany sets out on 19 February on a six-week trip to the remote Tibesti mountains in northern Chad, funded by the German Research Foundation. Home to the Sahara's highest mountain, the Tibesti range is one of the least explored spots on the planet and could hold clues to the Sahara's wet history. But the mountains are also close to the Libyan border where terrorists are rumoured to be operating training camps. Kröpelin tells Nature what he will do there and why he is not afraid.

How is this expedition different from your previous trips?

Since 1970 I have visited most deserts on Earth. This is physically and logistically the most challenging expedition I’ve ever done. Our destination is Emi Koussi, the highest mountain in the Sahara, a 3,500-metre-tall active volcano in the vast uninhabited Tibesti massif. It is an extreme environment where temperatures soar in the daytime and drop below –15 °C at night.

What are you hoping to find?

It is hard to believe: we have sent a probe 500 million kilometres to a comet to analyse rock samples, but no geologist has yet dug his spade into the crater of the highest mountain in the planet’s largest desert. We primarily hope to drill a sedimentary core going back to the Eemian interglacial period — also called Marine Isotopic Stage 5e — a relatively wet period about 130,000 years ago when today’s desert might have been a fertile savannah. Fossil pollen buried in the sediment might tell us about the kinds of plants that were growing at the time, and therefore how much it rained. 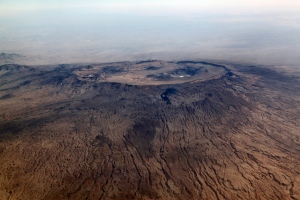 Emi Koussi, the highest mountain in the Sahara desert.

The climate of the Sahara has shifted from dry to relatively wet several times during the past 2.5 million years, the last such shift occurring around 12,000 years ago. The Eemian climate seems to have favoured the early migration of humans from Africa to Europe. On their way north, the migrants will have crossed the Tibesti, and some may have settled there, so we expect to find abundant traces of early prehistoric human culture and mobility.

Who is joining you on this trip?

I’ve had trouble finding scientists willing to join me because most people are scared about what’s going on in parts of the Middle East and Africa. But I was able to persuade five colleagues, covering geology, botany, ecology, archaeology and prehistory, to come along. They are all people whom I know well and whom I trust will be able to cope mentally and physically with the harsh conditions. We’re accompanied by a professional photographer and a cook. We will leave behind our drivers at a meeting point where I hope they will pick us up when we return from the crater. Cameleers and trackers I have recruited from Bardaï, a small oasis town in the northwestern corner of Chad. There is no medical doctor coming. If anybody gets injured or falls seriously sick we will have to break off early.

What about security? Isn’t the region plagued by crime and terrorism?

Most foreign offices advise against all travel to border regions in Chad. Funders in other countries might not have approved a scientific expedition to the region in the current political situation. But look, I just got married last week and I don’t have suicidal tendencies. Chad is still a comparatively calm island in a generally rather unsafe region. Kidnapping, violent crime and armed rebel activity do occur, and there are rumours of the ISIS Islamist terrorist group operating training camps behind the Libyan border. But the chance of our small group being spotted and attacked in the vast empty terrain is small. There is no safety guarantee, but the risk is easily justifiable. 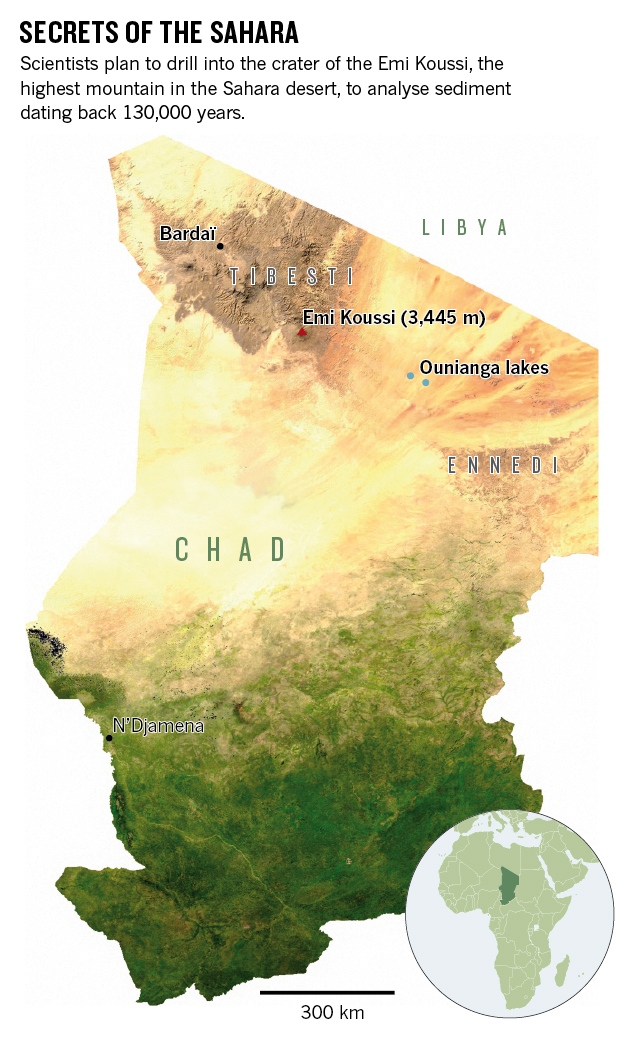 You have become a cultural ambassador of sorts – is this expedition also a diplomatic mission?

In a sense it is. I will discuss with the authorities in Chad the planned establishment of a new research station for geosciences in Bardaï, where the Free University of Berlin operated an outpost from 1965 to 1974. The United Nations Educational, Cultural and Scientific Organization (UNESCO) declared the Lakes of Ounianga (also in northern Chad) a World Heritage Site in 2012, and in January this year, Chad filed a similar proposal for the Ennedi plateau. I will explore the possibility of having Tibesti added to the list. Baba Mallaye, long-time director of Chad’s national research council, has signalled support for both plans. Without his personal commitment there would not have been a world heritage site in Chad nor would we have been able to conduct the research we have been doing in that country for many years.