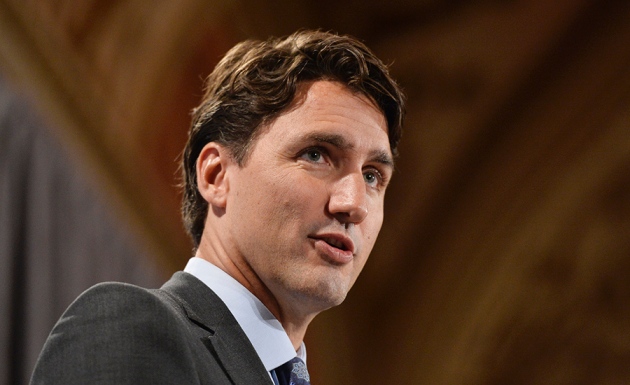 Justin Trudeau, the prime minister of Canada, recently demonstrated his understanding of quantum computing — to the delight of social media.

“Swans sing before they die —” said poet Samuel Taylor Coleridge, “’Twere no bad thing/Should certain persons die before they sing.” Now, not everyone can carry a tune. Neither can everyone act any better than the average block of wood — which is why people at large seem to lend credence to singers, actors and other celebrities when they effuse on subjects that they know nothing about.

No one can doubt the prodigious acting talent of Robert De Niro, but does his turn as the young Vito Corleone in The Godfather Part II, or the tortured Travis Bickle in Taxi Driver, qualify him to opine on the link between vaccination and autism? Is he talking to me? I repeat: is he talking to me? (Clue for any readers bewildered by this: despite statements made by De Niro last week, there is no evidence for any link between vaccination and autism.)

Politician Sarah Palin has no acting ability, save that which might be parodied by the comedian Tina Fey, yet she has power and influence, which makes her increasingly barbed attacks on the reality of anthropogenic climate change all the more worrying. (Further guide for the perplexed: despite Palin’s latest statements on the subject, also last week, yes, anthropogenic climate change is real.)

As the weekend approached and science had its head in its hands at the way it was being treated (again) by the news, salvation of a sort appeared. No less a person than Justin Trudeau, the debonair Prime Minister of Canada, offered an impromptu (and accurate) explanation of quantum computing at a press conference. In response, parts of the Internet have exploded into what can only be described as a nerdgasm. Why the eruption of reaction, one is entitled to ask? Shouldn’t we expect all our elected representatives to be so conversant with the scientific issues of the day that explanations of quantum computing by any one of them should barely twitch a cat’s whisker?

At this point, one might take a duster to scientist and novelist C. P. Snow’s oft-cited 1959 tome The Two Cultures and refer wearily to the preponderance of a humanities education among the political class. Yet the most cursory scan of the news headlines shows how important science is to human well-being. Emerging diseases, energy policy, transport, conservation and, yes, climate change and vaccination — almost every sphere of government requires at least some familiarity with science. Especially given that most science funding is still disbursed by politicians on behalf of the public.

The problem is that science, if done properly, rarely comes up with the sound-bite certainties and expedient spin that politicians demand — nor the ability to say one thing while meaning something quite different. So perhaps it is not so surprising that the latest brave attempt by a politician to grapple with science involves the quantum world, where it is possible for something to be both true and false at the same time.