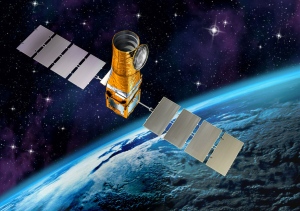 CoRoT's discoveries include a new class of exoplanet and a pulsation in red giant stars that can be used to understand their interiors.

A pioneering European space telescope that discovered the first rocky extrasolar planet is on its last legs, Nature has learned.

According to the French space agency CNES, the Convection, Rotation and Planetary Transits (CoRoT) satellite suffered a computer failure on 2 November. Although the spacecraft is still functioning, it can no longer retrieve data from its 30-centimetre telescope, which spots exoplanets by looking for transits — a dimming in brightness as the planet crosses its host star.

“To be frank, I think the problem is serious,” says Fabienne Casoli, the director of space science and exploration at the CNES headquarters in Paris.

Launched in 2006, CoRoT set about monitoring thousands of stars. The mission survived its first computer failure in 2009 by relying completely on a second, redundant unit. Casoli says that the researchers have tried several times to reboot the second computer, to no avail. The engineers have not given up on a rescue, and, sometime in December, they will try to reboot the first computer using an alternative power chain. “For the time being, we don’t give up,” she says. “But it is one of the last things we can do.”

In the meantime, Malcolm Fridlund, CoRoT project scientist at ESTEC, the European Space Agency's research and technology centre in Noordwijk, the Netherlands, says that he has plenty of data to work with. He is preparing a paper that will describe five new exoplanets, bringing the mission’s confirmed count to 31. And there are some 200 candidate exoplanets that remain unconfirmed. “You have to be grateful for what you have,” says Fridlund, who points out that CoRoT had already doubled its three-year design life and was about to embark on another extension. “It has done what it was designed for and you can’t ask more from a spacecraft.”

As it stands, CoRoT was the first space mission to discover planets using the transit technique. With its small mirror, it was never a match for the much bigger (and more expensive) 0.95-metre Kepler space telescope, a NASA mission that launched in 2009 and, at latest count, has discovered some 3,000 candidate planets (see 'The exoplanet next door').

But Ronald Gilliland, a Kepler co-investigator at the Pennsylvania State University in University Park, says that CoRoT is an “excellent success” for at least two reasons. First, it found that red giant stars oscillated in a way that theorists had not expected, giving astronomers insight into the structure and evolution of the ageing stars. Second, it found CoRoT-7b, a rocky planet with a diameter 1.7 times larger than that of Earth — the first in a new category of exoplanets called super-Earths. “It beat the Kepler mission to the punch, so to say, in a few areas,” says Gilliland.

Flying in a polar orbit at an altitude of 900-kilometres, CoRoT has to cope with relatively high doses of radiation and see-sawing temperatures as it crosses in and out of Earth's shadow. By contrast, the Kepler mission has drifted far from Earth in its own orbit around the Sun, a far cleaner radiation environment. Yet it, too, has started to show its age. In July, the Kepler team reported the failure of one of the spacecraft’s four reaction wheels, which keep the telescope pointed on a fixed region of the sky. On 14 November, NASA announced the end of Kepler’s 3.5-year prime mission and the beginning of an extension that could last up to four years. The three remaining reaction wheels will need to survive for all of that time if the mission is to reach a major goal: discovering an Earth-twin orbiting in the habitable zone.

“The reaction wheels are the big worry,” says Gilliland.