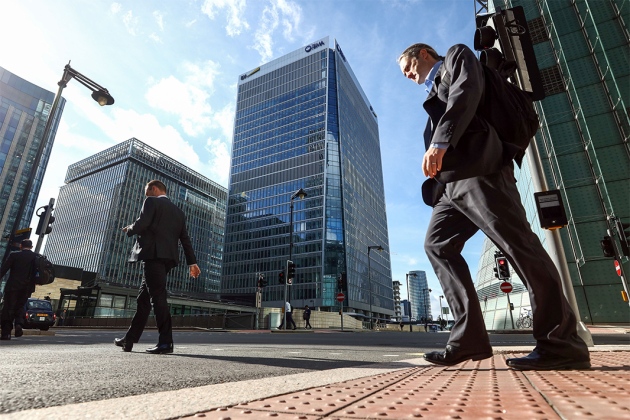 The European Medicines Agency in London

Drug regulation in Europe could temporarily freeze if the European Medicines Agency (EMA) loses staff during its post-Brexit move from London. Up to 70 per cent of its 900 staff have said they would quit if the agency relocated to some of the cities bidding to host the organisation.

According to a battle plan drawn up by agency management, failure to retain enough staff would result in a shutdown of essential operations until more people could be hired. If fewer than 30% of the staff move with the agency to its new destination — to be decided next month — it would cease operation, Guido Rasi, the agency’s executive director, told Nature.

The EMA, an agency of the European Union, needs to leave London — where it has been headquartered since 1995 — as a result of Brexit. In addition to its permanent staff, the agency hires many other experts on a short-term basis. Following an internal staff survey undertaken in September, the agency urged European heads of state to pick a location to which at least 65% of staff would relocate.

Bids for a home

Some 19 cities across Europe have applied to host the prestigious organization. Last week, the EMA released its own assessment of the applications, and warned that several locations are entirely unsuitable for the agency’s location. Proposals for Sofia, Malta and Warsaw met almost none of the requirements put forward by the agency and could result in huge staff losses, Rasi warned. Amsterdam was the most popular alternative to London.

“The best case is, of course, a continuum of our activities, with only about 20% staff loss,” he says. “The worst case scenario we have come up with is 94% staff loss. For our business-continuity plan, we found three levels of activities we can delay, put on hold or stop completely.”

According to Rasi, the agency’s core mission — the regulation and monitoring of innovative drugs across Europe — would be the last thing to stop. But even with 50% staff loss, the agency would have to reduce advisory support to new research projects, which could stall work on innovative medicines, he says (see 'European Medicines Agency chief raises alarm at forced relocation').

The agency assesses all medicines, including veterinary products, to be sold on the European market, and passes on recommendations to the European Commission for authorization. It evaluates reports of adverse reactions and, if necessary, works with national agencies to ban medicines that are suspected of being dangerous. The EMA also has in-house scientists who provide advice to drug developers on which criteria they need to fulfil to get a product passed.

In 2016, the agency recommended 81 new medicines for authorization and answered more than 450 requests for scientific advice.

The European Federation of Pharmaceutical Industries and Associations, headquartered in Brussels, has called on member states to put the agency’s well-being first when choosing a location. “There are many cities that could have the right criteria for the agency to settle,” said a spokesman. “There is a potential for disruption, but also a potential for harmony. It all depends on what you choose.”

In the United Kingdom, pharmaceutical companies worry about how they will get their medicines approved after Brexit. The BioIndustry Association, a group of British life-sciences companies, has backed a UK government proposal to maintain authorizations for medicines granted before Brexit and the continuation of work with the agency during a transition period.

“The alternative — organizing and delivering a wholesale change — would be a gargantuan task for companies and regulators across the UK and Europe,” says Steve Bates, the association’s chief executive officer. “It would be extremely challenging to successfully deliver in the short amount of time left until Brexit in March 2019.”

Meanwhile, the uncertainty about the agency’s future is already causing problems. The agency has been unable to fill a position as head of veterinary medicine; all three potential candidates said that they would wait for the final location to be announced before deciding whether or not to take the job, according to Rasi.

Europe’s heads of state will meet on 18–20 October to begin hammering out an agreement. A decision is due to be announced on 20 November, at the next EU General Affairs Council meeting.