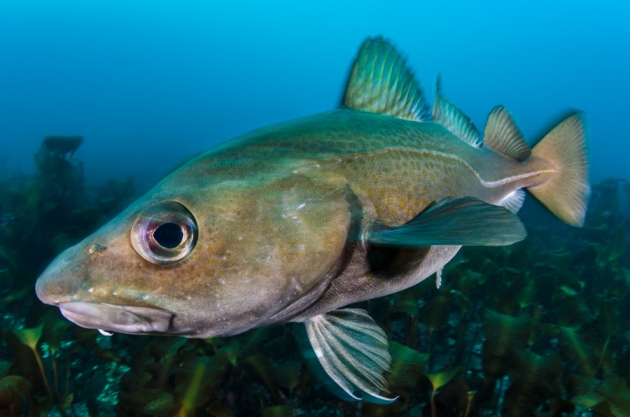 Stocks of the Atlantic cod (Gadus morhua) have been decimated in recent years.

The breakthrough came at around 3 a.m. on 30 May in Brussels, after a marathon negotiating session: the European Union (EU) finally agreed to end overfishing in its troubled waters.

Fisheries scientists say that the deal, which is expected to be approved before the end of the year,could allow fish stocks to recover to their previous bountiful levels, after being driven down by years of overfishing. But short-term restrictions are likely to bring unemployment to some fishermen.

“There is bound to be some short-term pain,” says Michel Kaiser, who studies fisheries at Bangor University, UK. “This reform has come about because there was a groundswell of realization that what we had before couldn’t go on.”

The deal places scientific advice at centre-stage in determining catch limits, as the EU commits to fishing at healthy levels by 2015 “where possible” and by 2020 otherwise. New rules will also be phased in to reduce ecologically damaging ‘discards’ — the practice of throwing fish caught in the pursuit of other species back into the sea, with the vast majority dying in the process.

For years, scientists have warned that more fish were being caught than was sustainable, owing to a flawed ‘Common Fisheries Policy’ (CFP), which governs commercial fishing in European waters. Government ministers set higher catch limits for cod, haddock and some other species than scientists considered wise (see ‘A waning haul’). The latest agreement, which has been several years in the making, is backed by the three arms of European government: the commission, parliament and council. Parliament had been pushing for a thorough reform of the CFP to put catches in line with what science says is sustainable, whereas the council — made up of ministers from EU member states — had been less amenable to radical change.

Environmentalists are generally pleased with the deal’s main thrust: a commitment to fishing at maximum sustainable yield (MSY), the largest catch of a particular species that can be taken indefinitely without harming the main population. Scientists have two measures for MSY, obtained using mathematical models created with data from catches by commercial and research vessels: the overall biomass of a species needed to maintain MSY (BMSY) and the annual amount of fish taken from that species that will still allow the species to reach BMSY (FMSY). Fishing at a higher level than FMSY means the fishing is unsustainable in the long term. Environmentalists prefer BMSY to FMSY as a target, because reaching the former would show that a stock has actually recovered, whereas fishing in line with the latter indicates that a stock is on the road to recovery.

The EU agreement would set catch limits at FMSY by 2015 where possible, and by 2020 in other cases. It has also promised to move to BMSY, but without a firm date, to the chagrin of conservationists. “That’s one of the unfortunate things,” says Saskia Richartz, fisheries policy director for Brussels-based Greenpeace EU. Richartz also worries that EU ministers will have the final say in setting catch limits and may not stick to the science. “It now says in the text very clearly [ministers] must stick to scientific advice,” says Richartz. But “it remains hope rather than certainty” that ministers will honour the FMSY targets set by scientists.

Rainer Froese, a marine ecologist at the GEOMAR Helmholtz Centre for Ocean Research in Kiel, Germany, is also not entirely pleased with the agreement. He says that the council has won a loophole in the ‘discard ban’, in that some fishermen will still be able to throw back up to 5% of their catches. Critics also say that the 5% exemption will make excessive discarding difficult to enforce, because it will be hard to prove that fishing operations, caught in the act of throwing animals back into the sea, are exceeding their quota.

Froese also worries about the willingness of member states to set catch limits in line with FMSY, and says that there will be pressure on scientists to increase their estimates of FMSY in a way that benefits the industry. His own research suggests that the fisheries for some stocks, such as the North Sea cod, will need to be closed altogether for several years before the population can recover.

Other experts are more positive about the reform, and note that catches in recent years have already moved closer to scientists’ advice. There are even signs that some northeast Atlantic stocks are bouncing back: EU data indicate that the number of overfished stocks — in which more animals are caught than prescribed by FMSY — dropped from 94% in 2005 to 47% in 2012. Some stocks of herring, plaice and haddock are now fished at FMSY levels.

Massimiliano Cardinale, a fisheries researcher at the Swedish University of Agricultural Sciences in Lysekil, says that although some stocks are recovering, the big challenge will be recovering the over-exploited and commercially important top predators such as cod and tuna. Bringing them back would reshape entire ecosystems off Europe’s coasts, he adds.

This will not happen by 2015, and probably not by 2020, says Cardinale, but with a bit more time “the ecosystem might look more like it should do”.