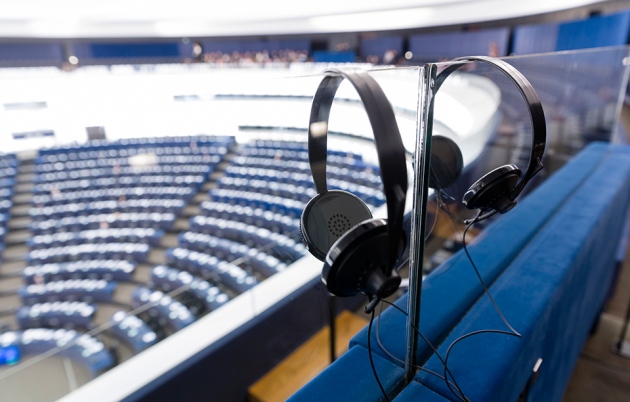 Brexit puts a question mark over the continued use of English as an official language in the European Parliament.

Now that the Brexit process is officially under way, officials must decide where to rehouse the European Medicines Agency (EMA). Currently in London, the EMA assesses new medicines for suitability to enter the European market.

The regulator will need to move when the United Kingdom formally exits the European Union, which sets the rules and assessments that the agency enforces.

The relocation decision will be made by the European Council, and more than a dozen nations have expressed an interest in becoming the new host. The timescale of the process is uncertain, but at least one of the candidate nations — Malta — has an interest in a final call being made sooner rather than later because it holds the presidency of the European Council for the next three months.

There is more at stake than the prestige of being the headquarters of a major European institution. Local economies gain too. The EMA brings with it some 900 staff and holds an average of 10 meetings a week, which it claims draw 65,000 visitors a year, all of whom need somewhere to sleep and eat.

Malta — a tiny island in the Mediterranean Sea — knows that it’s a rank outsider in the bidding process. But, as officials of the Malta Medicines Agency pointed out at a meeting last September, it does have a few things going for it. One is the weather. Another, according to its own analysis, is reduced commuting time for employees. (How far away can they live on an island of barely 300 square kilometres?) More intriguingly, Malta points out that another benefit is that one of its official languages is English — the lingua franca of science, law and business in the EU.

By a curious quirk of paperwork, when the United Kingdom does leave the EU, the most widely spoken language across the bloc — English — will no longer be a nominated official language. Under EU rules, every member state is allowed to bring just one of its recognized national languages into the EU system. This guarantees, for example, translations of documents and decisions.

Under the existing arrangement, the United Kingdom currently nominates English, which leaves Ireland and Malta (the only other member states to have English as a formal national language) free to have Gaelic and Maltese as their choices. (Ireland has also offered to host the EMA.) Once the United Kingdom leaves, it takes with it the formal nomination for the EU to include English in its list of official voices.

Various EU officials have already made it clear that the English language will not be allowed to exit the EU along with its main speakers on the continent — chaos would surely follow if, for example, the English-speaking EMA was expected to work with documents in every language but English. But the political mechanism to secure a future for English — like much associated with Brexit — is contested and unclear.

As international researchers point out in a paper in European Economic Review, there are three possible routes (V. Ginsburgh et al. Eur. Econ. Rev. 93, 139–151; 2017). The first is that the European Council votes to keep English even without an official nomination from a member state. This would require the approval of Germany and France, and the latter, especially, might be especially unwilling to offer it. Many French scholars still smart at English’s rise to dominance in intellectual fields.

Another option is special permission for Ireland or Malta to nominate a second official language. But that would build pressure from other countries and regions to also have additional languages accepted. More than three million people in Spain speak Galician, and more than six million speak Catalan — greater than the populations of Ireland and Malta combined.

The simplest solution might simply be to ask Ireland or Malta to switch their official nomination to English. Local opposition in both cases could make that a hard sell for their respective governments. Now what could the EU — looking for a home for the EMA — possibly offer in return?