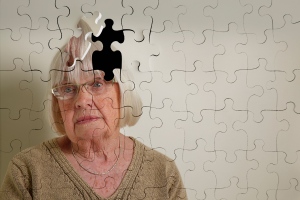 Neurodegenerative diseases are linked with age and many are currently incurable.

In an unprecedented effort to break through the geopolitical barriers to collaboration, European researchers today launched a joint strategy to prioritize and coordinate research on neurodegenerative diseases such as Alzheimer’s and Parkinson’s.

The strategy is one of the first activities of the European Union's Joint Programme in Neurodegenerative Disease Research (JPND), which was created two years ago and brings together research agencies, ministries and centres of excellence from 25 European countries. The JPND is the first in a series of Joint Programme initiatives planned to address ‘grand societal challenges’ by coordinating and funding research across borders.

Most neurodegenerative diseases are incurable and are strongly linked with age. Dementias alone affect more than 7 million people in Europe and their care is estimated to cost €130 billion (US$170 billion) a year. The number of affected people is expected to double in the next 20 years as society ages.

The JPND’s strategy, designed by its independent scientific advisory board, aims to develop new treatment, prevention and care strategies in neurodegenerative diseases. The strategy report includes an audit of the research currently being done in European countries as well as relevant infrastructures such as biobanks, animal-model repositories and population cohorts and points to Germany and the United Kingdom as by far the biggest contributors.

The strategy estimates that €1.62 billion is spent annually on research into neurodegenerative disease across Europe; but just 12% of this is spent on clinical research. With such a lot of money around it makes sense to coordinate it, says Rob Buckle, head of neuroscience and mental health at Britain's Medical Research Council in London, and a member of the JPND management board. Many of the JPND’s activities will aim to ensure that all researchers adopt the same protocols and standards for collecting samples — such as brain tissue — and data, and use the same diagnostic criteria, he says.

The JPND will issue its first calls for research proposals involving international consortia in the next months. All proposals will go through the same peer-review system. “This breaks the mould,” says Buckle. “Europe-wide research activities are generally characterized by member states representing their own interests, but in the JPND we are thinking more about impact and excellence.”

Coordination in Europe is not just a question of good will between scientists, however. For the most part, national research money cannot be used to fund scientists in other countries. Last year, the JPND issued a pilot call for international research projects on biomarker development, and each of the participating countries put forward money to cover their scientists’ participation. But more UK scientists were part of projects approved for funding than the country's €750,000 contribution could cover, so some had to withdraw from their consortia. By contrast, many fewer Slovakians won than expected, despite the country contributing one of the largest amounts, €1.5 million.

“Now we have to work out how to make sure that all participants of winning proposals can be funded even if their own country can’t cover them,” says epidemiologist Philippe Amouyel from the University of Lille, France, chairman of the JPND management board.

There are several options, he says, none of them simple. A widely favoured possibility is to involve the European Commission, the EU's executive arm, as a partner. Because the commission's money can be shared across borders, its contribution could be used to make up these deficits — but its involvement would introduce delays.