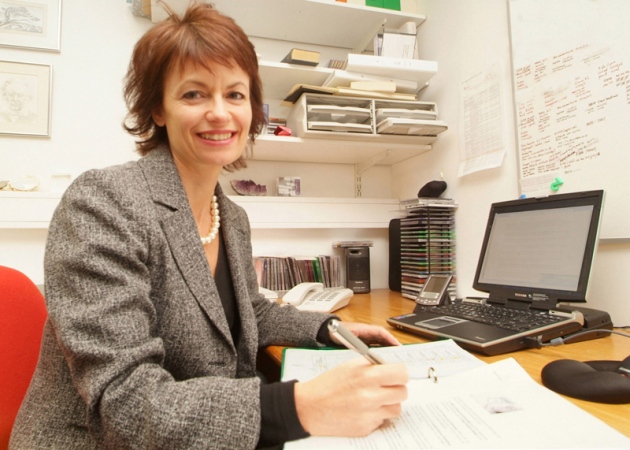 The University of Aberdeen

Anne Glover was the first person to take on the post of chief scientific adviser when it was established in 2012.

Anne Glover, the European Commission’s first chief scientific adviser, has been pressing for a more evidence-based approach to European policy-making since she assumed the role in January 2012. With just six months left until the end of her tenure, she is now trying to bolster that message by establishing the European Science Advisers’ Forum (ESAF), a network of government science advisers from across Europe. The group's first gathering took place today at the EuroScience Open Forum (ESOF) meeting in Copenhagen, where Nature spoke to Glover about the network’s goals.

What do you hope that the network of European science advisers can achieve?

We need to have policy that is based on evidence. And I’d like politicians to be less confused about the evidence that they hear about, which comes from a broad spectrum of sources. This network will allow member states to get together and tackle the issues where the science is potentially uncertain and where people speak with different voices.

We can acknowledge where there is uncertainty and we will also identify consensus, whether that’s on endocrine-disrupting chemicals or [Europe's] ban on neonicotinoid pesticides. That should give much more security to individual member states. They will know that it is not just their member state getting this advice — everyone is getting it.

Fourteen member states have nominated people to be in the network — I couldn’t be more pleased. When I started at the Commission, there were just three member states that had anyone that could be described as a chief science adviser [the United Kingdom, Czech Republic and Ireland].

Most members of the network are not official government science advisers. Why should politicians listen to them?

Because the politicians have been involved in nominating these people. ESAF members come from a variety of different places — from an advisory committee, for example, the head of a national academy, or somebody within government.

In the United Kingdom, our form of government lends itself to having a formal chief scientific adviser, whereas in some other member states it simply doesn’t. It’s certainly not for me to say to member states that they should have the same model as the UK. I just want to see science being pushed more into the limelight when it comes to decision-making. I think it’s important to have the voice of evidence in the room.

But how will your network help scientists to get heard?

We’ll have to wait and see. It’s our first meeting today, and it’s early days. But it will be about showing that scientific advice can improve policymaking.

Do you find that political ideologies influence how evidence is gathered and used in the European Union?

I think that in every member state, as well as the European Commission, people do have a philosophy and they do look for evidence to support what they wish to do. How you ask the question will influence what you get back. So we need to be transparent about who’s providing the evidence, who’s promoting it, how it is being analysed, and what policy options are developed on that back of that.

For example, we have a very strong evidence base on genetically modified (GM) crops, and scientists around the world say the same thing: that there is no more risk in using this technology to create a plant with new properties than there is in using traditional chemical or radioactive mutagenesis.

I’m not an advocate for GM — all I’m saying is, let’s look at the evidence. But if I look at how individual member states vote in the European Council, half of them vote no and the rest vote yes, even though the evidence is the same everywhere. So it has to be a political opinion. What politicians should say is: ‘I accept the evidence, but for social or cultural reasons my member state does not want this technology’ — instead of saying that the evidence is incomplete, which makes citizens think that GM is dangerous.

Your three-year term as Europe’s chief scientific adviser ends in December. Will you have a successor?

José Manuel Barroso, president of the European Commission, will probably leave at the end of October, and my role then will be to convince the new president that the science post should be continued and strengthened. At the moment, I have a tiny team and no budget. Given the importance of science in Europe and the importance of evidence in good policy-making, the role needs a much bigger support group, and a budget to allow the initiatives that we want to do. I was impatient to do things, and the process has been a lot slower than I would have hoped.

What are you going to do when you leave Brussels?

No idea [laughs]. My first stop would be my research lab at the University of Aberdeen, UK. They’ve been incredibly supportive of me. But generally, I’m always up for a challenge — I like things that are difficult. I was the first chief scientific adviser in Scotland and then the first here at the European Commission, so if I did do some other role in the future, I would quite like it to be the ‘second’!

This interview has been edited for clarity and brevity.