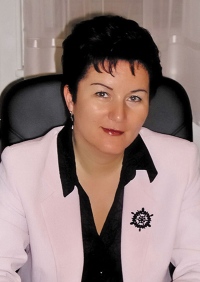 Diána Bánáti denies any conflict of interest in her move to an industry-funded interest group.

Three European agencies are fighting to rebut charges that they enjoy an overly cosy relationship with companies and interest groups.

The latest twist in the saga came last week, as the European Food Safety Authority (EFSA), based in Parma, Italy, was urged by members of the European Parliament to tighten safeguards against potential conflicts of interest among its staff and advisers. In recent months, two other agencies — with responsibility for the environment and for the safety of human and animal medicines — have had to deal with conflict-of-interest allegations that have sparked concerns among some parliament members.

The timing of the row could not have been worse for EFSA, which has just begun rolling out a series of reforms intended to reinforce the independence of the food-safety and nutritional advice that it gives to policy-makers.

On 9 May, EFSA announced that Diána Bánáti, director general of Hungary’s Central Food Research Institute in Budapest, had resigned the previous day as chair of the authority’s management board, an unpaid position. She had drawn criticism by accepting a full-time job as executive and scientific director of the European branch of the International Life Sciences Institute (ILSI). The institute is a non-governmental organization based in Washington DC that coordinates and pays for research and risk assessments on topics such as food safety and nutrition, and which is funded by large food, chemical and pharmaceutical companies.

The new post was “incompatible” with a code of conduct for board members adopted in June 2011, says Catherine Geslain-Lanéelle, EFSA’s executive director. The code stipulates that members must not act in any way that could create a potential conflict of interest or the public perception of one, or harm public trust in the authority. Geslain-Lanéelle complains that Bánáti only informed the authority about her appointment on the day that she signed the contract for her new position at ISLI. “EFSA regrets that this has happened, and the way it happened,” she says, adding that the situation risks creating a “negative perception” of the authority.

Bánáti argues, however, that “this is the usual and accepted way in which people move from one job to another”. If EFSA required such notice at an earlier stage, she adds, it “would potentially infringe upon people’s ability to manage their own careers”.

Following on from controversy over an earlier alleged conflict of interest (Nature 467, 647; 2010), Bánáti had resigned as a member of ILSI’s European board of directors in Oct­ober 2010, and was re-elected as chair of EFSA’s board the same month. Since then, she says, “I have met many scientists who work with ILSI as a result of my normal scientific work”, but she adds that she had no formal relationship with the institute until it contacted her about the directorship in March. She insists that she has “continued to act in complete accordance not just with EFSA’s rules, but my own personal moral code, which means I made decisions and offered opinions completely and solely on the basis of good science”.

In March, EFSA had unveiled new rules governing conflicts of interest for its in-house staff, as well as its outside experts, including specified lists of activities that would preclude scientific experts from serving on advisory panels. Scientists previously employed by industry must now have a two-year ‘cooling-off’ period before they can sit on EFSA’s scientific panels, for example, and scientists who receive more than 25% of their research funding from industry face other restrictions on the roles they can undertake at the authority. Former staff — but not scientific advisers — must notify EFSA of all new employment for two years after their departure, and can be asked to refrain from working with the authority in their new job for one year.

In the past few months, EFSA has begun to randomly screen the declarations of interests that its scientists must complete, and it has created a Committee on Conflicts of Interests to investigate any complaints about undue influence. Sue Davies, a vice-chair of EFSA’s management board, who is also chief policy adviser at Which?, a UK consumer watchdog, says that the authority’s efforts have helped to clarify how potential conflicts of interest should be managed. These can be particularly frequent in an area where industry and regulators often seek out the same experts for guidance.

Davies also emphasizes that EFSA’s internal structure prevents its management board from influencing its scientific work. The board’s tasks are administrative and strategic, she explains, and although it does oversee the authority’s process for appointing external scientific experts to panels, it is not involved in actually choosing them. Board members also have no role in EFSA’s scientific deliberations, she adds.

“EFSA’s close links to the food lobby undermine the authority’s ability to act in the public interest.”

Critics, however, remain unconvinced. In a statement, Nina Holland, a spokeswoman for the Brussels-based Corporate Europe Observatory, a non-governmental organization that campaigns against industry influence on European Union policy, described Bánáti’s move as “an absolute scandal”. “EFSA’s close links to the food lobby through ILSI Europe undermine the authority’s ability to act in the public interest,” she said.

Members of the European Parliament have also expressed their displeasure, last week voting by a narrow majority to defer approval of EFSA’s 2010 budget report. The sanction is largely symbolic and of little practical consequence, but it is another blow to the authority’s reputation.

As part of the same vote, the parliament also sanctioned the European Medicines Agency and the European Environment Agency over similar issues. Jacqueline McGlade, the director of the European Environment Agency, based in Copenhagen, has been chastised for concurrently serving on the board of the Earthwatch Institute, an international environmental research and advocacy non-profit body, which has received funding from the agency. And in March, the European Medicines Agency in London was forced to place restrictions on former executive director Thomas Lönngren’s employment for the next two years, following questions about his work as a pharmaceutical industry consultant.

Geslain-Lanéelle says she hopes that parliament will lift its sanction when it votes on the matter again in the autumn, after it has received a report from the European Court of Auditors on the handling of potential conflicts of interest at EFSA.

But Bánáti warns that the authority’s conflict-of-interest rules risk becoming too restrictive. “It is important to understand that scientists who work for EFSA do so in an unpaid capacity, offering their expertise as a public service,” she says. “EFSA should respect the free choices of all the scientists of which it has need to do its valuable work, to manage their own careers and make their own choices as they see fit.”