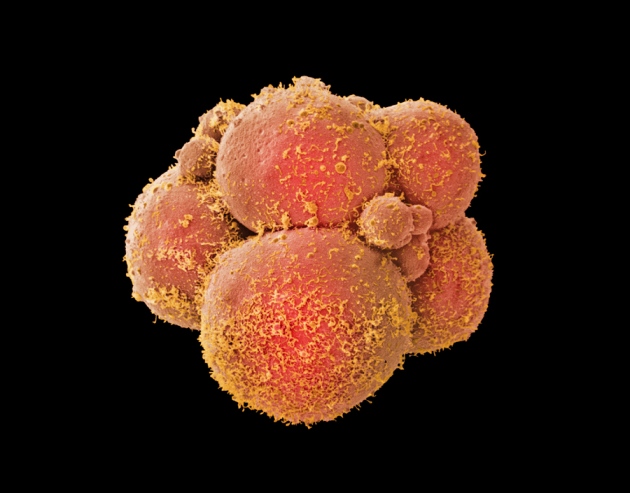 Human embryos are at the centre of a debate over the ethics of gene editing.

In the wake of the first ever report that scientists have edited the genomes of human embryos, experts cannot agree on whether the work was ethical. They also disagree over how close the methods are to being an option for treating disease.

The work in question was led by Junjiu Huang, a gene-function researcher at Sun Yat-sen University in Guangzhou, China. His team used a technique called CRISPR/Cas9 to cut and replace DNA in non-viable embryos that could not result in a live birth because they were created from eggs that had been fertilized by two sperm. They published a paper1 in Protein & Cell, which was reported by Nature's news team on 22 April, confirming rumours that had been circulating for months that scientists were applying such gene-editing techniques to human embryos.

In March, the rumours prompted calls2, 3 for a moratorium on such research: work in human embryos is contentious because, in principle, any genetic changes will be passed to future generations, a scenario known as germline modification.

Some feel that Huang’s group has already crossed an ethical line. “No researcher has the moral warrant to flout the globally widespread policy agreement against altering the human germline,” Marcy Darnovsky, executive director of the non-profit Centre for Genetics and Society in Berkeley, California, wrote in a statement.

But whether the experiments carried out by Huang count as germline modification is not straightforward, because the embryos could not have led to a live birth. “It’s no worse than what happens in IVF all the time, which is that non-viable embryos are discarded," says John Harris, a bioethicist at the University of Manchester, UK. “I don’t see any justification for a moratorium on research," he adds. Huang says that he chose non-viable embryos to avoid ethical concerns.

Others say that modifying germline cells could be acceptable if it is solely for the purposes of research. George Daley, a stem-cell biologist at Harvard Medical School in Boston, Massachusetts, points out that using CRISPR/Cas9 and other gene-editing tools in human embryos, eggs and sperm could answer plenty of basic scientific questions that have nothing to do with clinical applications.

Moreover, a moratorium may be an unrealistic goal. Modifying human embryos is legal in China and in many US states, although the US National Institutes of Health (NIH) forbids the use of federal funds for such research. Asked whether Huang’s study would have been allowed under its rules, the NIH says that it “would likely conclude it could not fund such research” and is watching the technology to see whether its rules need to be modified.

Closer to the clinic

Another point of contention is that Huang’s and colleagues' gene editing had a low success rate. The CRISPR/Cas9 system was supposed to cut and replace only a gene responsible for a blood disorder. But his team reported that the genome had acquired mutations in many other places too — which could introduce further health problems in a viable embryo. Furthermore, the technique failed entirely in most of the embryos they experimented on.

Edward Lanphier, president of Sangamo BioSciences in Richmond, California, who co-authored a 19 March Comment piece in Nature2 calling for a halt on such research, says that these technical challenges point to the immaturity of the field and thus support arguments for a moratorium on all human germline-modification research. “I think the paper itself actually provides all of the data that we kind of pointed to,” he says.

But George Church, a geneticist at Harvard Medical School, disagrees that the technology is that immature. He says that many of the problems with the latest work, such as the off-target mutations in DNA, could have been avoided or lessened had the researchers used the most up-to-date CRISPR/Cas9 methods4.

Even if there are side effects, it may still be ethical to allow the technique to become available in clinics, says Harris. To justify banning gene editing for safety reasons, he says, one would not only need to have a reason to think that it will be harmful, but also that this harm would be worse than the genetic disease itself. “It’s not as if the alternative is safe,” he says. “People with genetic diseases are going to go on reproducing.” He likens the concerns to avoiding a surgery because of fear of complications.

Hank Greely, a bioethicist at Stanford University in California, notes that there will be different degrees of safety concerns. A situation in which embryos have difficulty implanting and developing in the uterus, for instance, might engender different ethical questions from one in which there is a significant chance that a modification would result in a disability.

Greely is not surprised by the disagreements. “I do think it points out and increases the urgency towards getting a conversation going about this," he says. “A consensus is probably too much for hope for.”