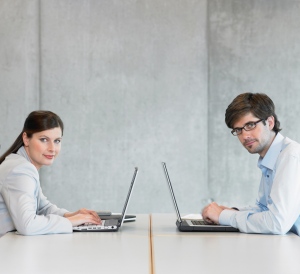 Woman and men progress equally well in science, but not enough women are joining the field.

Difficulties in hiring and retaining women scientists and engineers are worrying universities. A study published in Science1 has tracked several thousand science and engineering faculty members over 19 years to unpick where the barriers lie and to provide evidence that can be used to develop policies to tackle the problem. Natasha Gilbert talks to Deborah Kaminski, an engineer at Rensselaer Polytechnic Institute in Troy, New York, and co-author of the paper.

What did the study look at?

We tracked the careers of 2,966 science and engineering faculty members from 14 universities from the time they were hired to when they left the university over the period 1990–2009.

What does this show about academic careers for female scientists?

If we can hire women, we don’t lose them. They are retained and advance as men do — they are equally likely to succeed. This is not where women leave the pipeline. The greatest losses of women tend to be at school and going into university and college.

Do women not tend to drop out after having children?

The women who come in to academic science careers tend to be so highly motivated that they stay. They limit the number of children they have. Other studies have shown that female academics have fewer children than other professional women, such as lawyers. Female graduates see women scientists working very hard in what they feel are less fair conditions, and it puts them off. Societal factors also make it harder for women to have such demanding careers — women tend to manage family problems, for example.

So where does the problem lie?

We are not hiring enough women. Only 27% of incoming academics are women, and at the rate we are going, this won’t rise to 50% until 2050. Faculty careers are long, so it will take about 100 years to get a balance of the sexes in science departments. This is a problem. Our study shows us where we need to focus efforts. Attention is needed on hiring more women and on encouraging more women into science and engineering undergraduate and graduate courses, because if we can just hire them we can keep them.

What about quotas for hiring women?

Quotas would be hard to do. How can you have hiring quotas with so few individuals coming through and applying for jobs. I think it would be better to encourage more women to do PhDs — that would help.

Our study shows that the turnover for science faculty members is very high, which is costly for universities. Given that start-up packages for incoming senior staff can be as high as US$1.5 million, low retention rates are a substantial burden on institutions. They are losing people they are investing in.

Maths departments have the highest departure rates. Why?

Both men and women are leaking from maths. The median time to departure for men is 7.3 years and for women 4.5 years. We had no idea before this study there was such a high exit rate. Only in maths do women leave significantly sooner than men. It’s hard to say why. They might have wonderful opportunities elsewhere. They could all be going to work for Google. We have just discovered something is happening in maths. It needs a closer look.