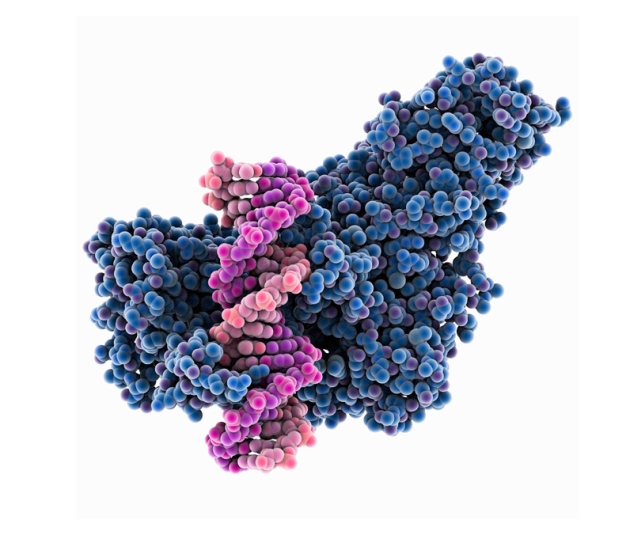 Obesity may be written not only in the genes, but also on top of them. One of the largest studies so far to probe the human epigenome — the collective name for the patterns of chemical groups that adorn DNA sequences and influence their activity — has found some tags that are linked to differences in body mass index (BMI).

Chemical alterations in a gene thought to be involved in metabolism were identified in the blood and fat cells of more than 2,500 people1, scientists reported last month. The work, led by Nilesh Samani at the University of Leicester, UK, is part of an emerging line of research that is probing disease through epigenome-wide association studies (EWAS). Those in the field hope that because many epigenetic changes are influenced by the environment, such studies will reveal mechanisms of disease that have remained elusive. However, many scientists remain sceptical.

EWAS take their inspiration from genome-wide association studies (GWAS), which compare genetic variations in ill and healthy people to identify variations associated with disease. EWAS do the same for the epigenome. They look at differences in the distribution of methyl groups at thousands of specific DNA nucleotides across the genome to identify arrangements that are common in a disease, or associated with variation in a trait.

Methylation — the addition of methyl groups — tends to suppress the activity of genes. It is important in development, when it helps to guide the differentiation of embryonic stem cells into specialized tissues by orchestrating the expression of genes. But it also occurs in response to environmental changes, and these gene modifications may be inherited. They may also contribute to conditions such as cancer and type 2 diabetes.

Because epigenetic alterations can occur over a person’s lifetime, they could offer clues about the biology of diseases that genetics cannot. Many of the common genetic variants associated with disease that have been identified by GWAS have failed to explain fully why one person develops a condition and another does not. “Originally we were told that common genetic variants would explain common diseases, and that’s turned out largely not to be the case,” says Andy Feinberg, director of the Center for Epigenetics at Johns Hopkins University in Baltimore, Maryland. “The environment is extremely important, and we pay almost no attention to it in biology.”

But many scientists say that the field of EWAS, which is less than a decade old, has yet to show that it can yield real insight. “The problem with EWAS is that there’s so much more that can confound an outcome compared with a GWAS,” says John Greally, an epigeneticist at Albert Einstein College of Medicine in New York. For instance, epigenetic alterations vary drastically between cells of the same tissue, and it can be difficult to determine whether an alteration is a cause or consequence of a disease.

Accounting for differences between cells may be the field’s biggest bugbear. Most EWAS have been conducted in blood cells, because blood is easy to collect. But it is also made up of many cell types, with varying epigenetic profiles. A study published in February2, for instance, found that epigenetic signatures thought to result from ageing instead reflected the changing proportions of blood cell types with age.

“We have to distinguish how much of the differences between two individuals is due to differences in DNA methylation pattern or to differences in cell composition,” says Karin Michels, an epigenetic epidemiologist at Brigham and Women’s Hospital in Boston, Massachusetts. Efforts to catalogue the epigenomes of myriad tissues, such as the Human Epigenome Project, should help to make those distinctions (see Nature 463, 596–597; 2010).

And although some researchers contend that epigenetic alterations in certain blood cells can provide a window onto changes in other tissues — the BMI study found similar changes in blood and in fat — others disagree.

Stephan Beck, a medical genomicist at University College London, thinks that epigenomic epidemiology is at the same stage genomic epidemiology was at eight years ago, when most studies were small and rarely identified the same genetic variants for any one disease. That changed in 2007, when the Wellcome Trust Case Control Consortium, an effort by research groups to identify genetic variants linked to common diseases, set standards for GWAS that emphasized the importance of large numbers of patients and reproducibility.

Beck sees signs that EWAS are headed in the same direction. For example, in the past few years several studies have reproduced the finding that a gene called AHRR is epigenetically modified in the blood cells of adult smokers3 and their newborn children4. And some epigenome studies — including the BMI research1 — now verify discoveries made in one group of patients in separate cohorts of the same study.

The pay-off for getting such studies right could be new therapies and insight into disease. “Epigenomics is a challenge,” says Michels, “but I don’t think we can afford to ignore it.”