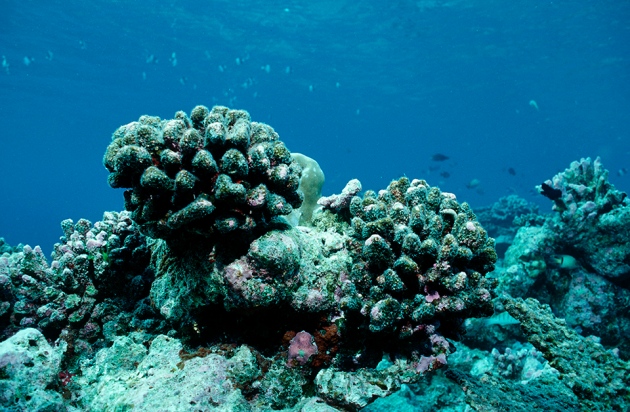 Floods have ravaged parts of South America. Crops are drying up in Africa. Corals are bleaching around the world. The epic El Niño warming event in the tropical Pacific Ocean has boosted temperatures and affected people and ecosystems around the globe. And thanks to a combination of luck and determination, scientists have been better placed than ever to record its evolution.

“When you have an event this big, you really want to squeeze as much out of it as you can,” says Michael McPhaden, an oceanographer at the US National Oceanic and Atmospheric Administration (NOAA) in Seattle, Washington, who helps to manage an array of buoys that is used to monitor El Niño conditions. “And we were well positioned at the beginning of 2015 to watch this thing unfold.”

Had the El Niño occurred a year earlier — as originally predicted — McPhaden’s team would not have been ready. In early 2014, the Tropical Atmosphere Ocean (TAO) array was on the verge of collapse. NOAA eventually restored the array after oceanographers raised concerns that they — as well as weather forecasters — would be deprived of crucial data if a major El Niño arrived.

El Niño and its counterpart, La Niña — which is defined by a cooling of the equatorial Pacific — have powerful knock-on effects around the globe. This oscillation forms the basis of most seasonal weather predictions, and scientists are mining the data for clues that will improve those predictions.

NOAA has spent roughly US$3 million to deploy aircraft, a research ship and hundreds of weather balloons to capture as much data as possible before the El Niño fades in the next few months. And the US National Science Foundation (NSF) has awarded 19 ‘rapid response’ research grants, totalling $2.3 million, to researchers studying the event.

Many of the NSF projects focus on the effects of warm seawater on coral reefs; if water is too hot, corals bleach, expelling the colourful algae that feed them. The current bleaching event began in Guam in 2014 and has since spread to the Atlantic and Indian oceans as El Niño has warmed the seas (see ‘Selected El Niño impacts’). More than 60% of the world’s corals could be affected in the next few months, and with NOAA predicting that bleaching will continue into 2017, that number could rise.

Scientists and policymakers often focus on the long-term risk posed by carbon dioxide emissions and ocean acidification. The current bleaching event — already the longest on record — has shone a spotlight on the immediate danger posed by rising ocean temperatures.

“Ocean acidification may be much less of a problem than we feared, but that’s only because many of the corals will be dead before we get there,” says Mark Eakin, who heads NOAA’s Coral Reef Watch.

In other cases, scientists were lucky to be able to watch El Niño unfold. Daniel Rudnick, an oceanographer at the University of California, San Diego, and his colleagues received grants from the NSF and NOAA in 2012 and 2013 to deploy a trio of underwater gliders in the tropical Pacific from 2013–16. The team also released 41 new Argo floats — roughly double the previous number — along the Equator to collect temperature and salinity data down to 2,000 metres.

“When you have an event this big, you really want to squeeze as much out of it as you can.”

In November 2013, the gliders began to collect high-resolution measurements of the subsurface ocean current’s eastward flow. The monitoring will continue this year.

“It’s been shown that the undercurrent strengthens during El Niño, but what we have, I think, is a more finely resolved picture of its size,” Rudnick says. “It was serendipity with a capital ‘S’.”

Rudnick presented preliminary data on 23 February at an American Geophysical Union conference in New Orleans, Louisiana. The observations document the under-current’s evolution in 2014, when the forecasted El Niño fizzled, and in 2015, when it roared back. By comparing the oceanic and atmospheric conditions in both years, scientists hope to gain insights that will improve future weather forecasts.

The focus is often on the trade winds, which usually blow to the west across the Equator. Alexey Fedorov, an oceanographer at Yale University in New Haven, Connecticut, says that 2014 and 2015 both saw significant bursts of eastward winds in June, which began to push warm surface waters towards South America. In 2014, a burst of westward winds in August, driven by atmospheric patterns in the Southern Hemisphere, cut that process short — but helped to set the stage for the massive El Niño in 2015.

Fedorov says that there is no evidence that those winds could have been forecast, even by the most advanced climate models. “Sometimes we are right, sometimes we are wrong,” he says. “There was no chance to predict this.”

Although temperatures in the tropical Pacific are near their peak, McPhaden says that El Niño’s energy is quickly dissipating below the surface. “It’s very clear that this El Niño is losing its steam,” he says. And that poses another crucial question for oceanographers and climate scientists: whether this El Niño will transition into a major La Niña, as happened after the last big El Niño in 1997–98.