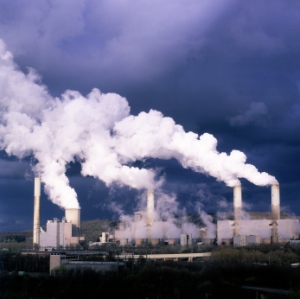 mage courtesy of Salim Virji via Flickr under Creative Commons.

The US Environmental Protection Agency (EPA) unveiled new greenhouse-gas standards for power plants on Tuesday, at last following through with the authority granted under a 2007 Supreme Court ruling declaring carbon dioxide a pollutant under the Clean Air Act.

The new regulation would effectively ban new coal-fired power plants in the United States unless they are equipped to capture and sequester carbon dioxide. Advanced natural-gas plants would meet the standard without additional mitigation technologies, and existing power plants would be grandfathered in. For the technically minded, the regulation would require new power plants to emit no more than 1,000 pounds of CO2 per megawatt‐hour of electricity produced, one of many details laid out in plain English here.

So what does this mean in practical terms? One never knows about the future, but clearly the short-term impact will be minimal: cheap natural gas flowing from plentiful shale deposits may have already pushed coal out of the market for new power generation. But the new standard is nonetheless a sign of the times. If simple economics isn’t enough, regulations aimed at conventional pollutants such as mercury are already beginning to affect coal-fired power generation. And looming in the background, still, is global warming. The United States might have turned its back on comprehensive climate legislation for now, but electric utilities assess their assets and liabilities on timescales that are more sensitive to longer-term shifts in climate, both physical and political.

The bottom line is that Big Coal doesn’t look like a growth industry at the moment. Ultimately, these issues will be settled in the courts, but many analysts are nonetheless forecasting an active retrenchment as utilities shut down old and inefficient power plants over the coming decade. As discussed in an earlier post, this is in large part what is driving the political backlash against the EPA. That and the fact that the EPA is an easy political target.

The question on many minds is how much this or any administration can accomplish on climate under existing laws, given Congress’s inability to deal with the issue. In addition to power plants, the EPA under Barack Obama has also tackled greenhouse-gas emissions from vehicles, which was what got things started at the Supreme Court back in 2007. As it happens, the World Resources Institute (WRI) set out to answer this question in 2010. Looking at both state and federal regulatory programmes, WRI researchers sought to determine whether the United States could conceivably keep its international commitment to reduce greenhouse gases to 17% below 2005 levels by 2020 without any additional federal legislation. Their answer, documented here, was almost. But not quite.