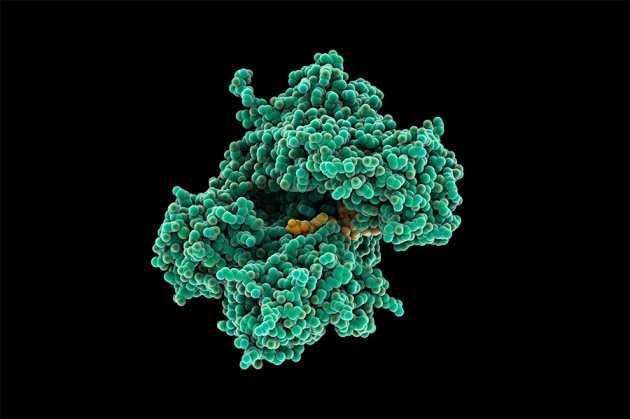 A major enzyme manufacturer has signed an agreement with a Chinese university to explore uses for a protein claimed to be a powerful alternative to the popular genome-editing tool CRISPR–Cas9.

Several scientists have failed to reproduce the results of the paper that first made the claim and doubt that the protein, NgAgo, works as a gene editor.

It is not clear whether the company — Novozymes of Bagsværd, Denmark — plans to use NgAgo for gene editing. “We have tested the technology and seen indications that it might be useful, but it is very early in its development and still needs a lot of work before we can determine if it is relevant for us,” said company spokesperson Dongyi Chen.

The company said that it had made an undisclosed upfront payment to the Hebei University of Science and Technology in Shijiazhuang to use NgAgo. It also says that the university will receive royalties if Novozymes uses the technology in developing a commercial product.

In May, a group led by Hebei biologist Han Chunyu reported1 that NgAgo could be used to locate and snip specific bits of DNA in laboratory-grown human cells, permanently disabling genes. The paper claimed that NgAgo might be more efficient and versatile than the now-ubiquitous CRISPR–Cas9 gene-editing technique.

But NgAgo soon attracted controversy. Initial complaints on social media that the research could not be replicated were followed by a series of peer-reviewed publications demonstrating the same. Some researchers used human cells as Han did, while others tried zebrafish or mouse cells.

Some of those researchers reported that NgAgo could disrupt genes, and suggested that this was because it interrupts the process by which the genes are turned into proteins —‘silencing’ the genes rather than permanently altering the DNA. Both methods prevent a gene from being expressed, but whereas gene editing is permanent, silencing is not.

In November 2016, Nature Biotechnology published one of the papers2 in which a group of researchers reported that they could not reproduce Han’s initial results, and the journal released an 'expression of concern' about the Han team’s original paper. The journal also said that it would make an announcement about that paper by the end of January. Han has steadfastly stood by his results, arguing that cell contamination may explain the failures by others.

On 19 January, the journal postponed a conclusive announcement, saying in a statement that “new data related to the reproducibility of the NgAgo system have become available to the journal, which we need to explore before any further action could be taken”. (Nature Biotechnology is published by Nature’s publisher, Springer Nature; Nature’s news team is editorially independent of the publisher’s research editorial teams.)

On the same day, Han’s university announced a cooperation agreement between Novozymes and the university's Center for Gene Editing Technology. Novozymes then confirmed that it had entered a collaboration with the university "to explore if NgAgo can be a tool in the microbial systems we work with for enzyme production”.

The company did not respond to the question of whether it had succeeded in using NgAgo to do genome editing. NgAgo has “shown potential” in a fungus gene-expression system produced by Novozymes, says the university's press release, which Novozymes confirmed. Han says that Novozymes has “evidence that real genetic modification has occurred”.

Gaetan Burgio, a geneticist at the Australian National University in Canberra and one of the first scientists to publish a critique of Han’s claims, suspects that Novozymes’ interest in NgAgo may not be as a gene editor. He notes that the company has an RNA-interference technology used to silence gene expression. “My speculation here is they might have found a more powerful way to silence the genome,” he says.

The scope of the contract between Novozymes and Hebei University of Science and Technology isn’t clear. Han says that Novozymes licensed NgAgo “for genetic manipulation”, which could include both genome editing and gene-silencing functions. But he says he needs to consult with his lawyer before discussing more details of the patent.

Jin-Soo Kim, a geneticist at Seoul National University, says he recently filed a patent claiming the gene-silencing function of NgAgo. Kim co-authored the critique of Han’s paper in Nature Biotechnology and has since co-written a report3 suggesting that NgAgo could be used as a gene silencer.

The deal between Novozymes and the university seems to represent a fresh vote of confidence in Han’s technology as well as in the university's gene-editing centre, which was launched last summer at a cost of 224 million yuan (US$32 million) and has been criticized given the problems surrounding NgAgo. But among the scientific community, there seems to be little change to the dwindling enthusiasm for NgAgo gene editing.

“This changes nothing,” says Wei Wensheng, a molecular biologist at Peking University in Beijing. “Han claimed that NgAgo would work in a mammalian system for efficient genome editing. Prove it!”

An earlier version of this story said that Jin-Soo Kim had written a report showing NgAgo’s use as a gene silencer; in fact, the report only raises this possibility. Kim’s affiliation was also missing.