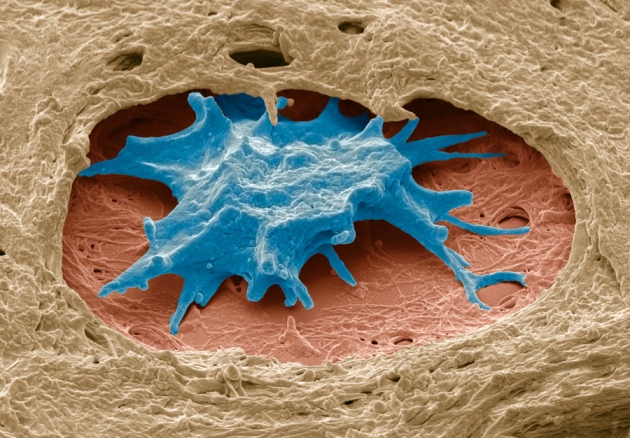 Ovarian cancer is one of a few tumour types that will continue to be intensively sequenced after the end of a massive US cancer-genomics effort.

A mammoth US effort to genetically profile 10,000 tumours has officially come to an end. Started in 2006 as a US$100-million pilot, The Cancer Genome Atlas (TCGA) is now the biggest component of the International Cancer Genome Consortium, a collaboration of scientists from 16 nations that has discovered nearly 10 million cancer-related mutations.

The question is what to do next. Some researchers want to continue the focus on sequencing; others would rather expand their work to explore how the mutations that have been identified influence the development and progression of cancer.

“TCGA should be completed and declared a victory,” says Bruce Stillman, president of Cold Spring Harbor Laboratory in New York. “There will always be new mutations found that are associated with a particular cancer. The question is: what is the cost–benefit ratio?”

Stillman was an early advocate for the project, even as some researchers feared that it would drain funds away from individual grants. Initially a three-year project, it was extended for five more years. In 2009, it received an additional $100 million from the US National Institutes of Health plus $175 million from stimulus funding that was intended to spur the US economy during the global economic recession.

The project initially struggled. At the time, the sequencing technology worked only on fresh tissue that had been frozen rapidly. Yet most clinical biopsies are fixed in paraffin and stained for examination by pathologists. Finding and paying for fresh tissue samples became the programme’s largest expense, says Louis Staudt, director of the Office for Cancer Genomics at the National Cancer Institute (NCI) in Bethesda, Maryland.

Also a problem was the complexity of the data. Although a few ‘drivers’ stood out as likely contributors to the development of cancer, most of the mutations formed a bewildering hodgepodge of genetic oddities, with little commonality between tumours. Tests of drugs that targeted the drivers soon revealed another problem: cancers are often quick to become resistant, typically by activating different genes to bypass whatever cellular process is blocked by the treatment.

Despite those difficulties, nearly every aspect of cancer research has benefited from TCGA, says Bert Vogelstein, a cancer geneticist at Johns Hopkins University in Baltimore, Maryland. The data have yielded new ways to classify tumours and pointed to previously unrecognized drug targets and carcinogens. But some researchers think that sequencing still has a lot to offer. In January, a statistical analysis of the mutation data for 21 cancers showed that sequencing still has the potential to find clinically useful mutations (M. S. Lawrence et al. Nature 505, 495–501; 2014).

On 2 December, Staudt announced that once TCGA is completed, the NCI will continue to intensively sequence tumours in three cancers: ovarian, colorectal and lung adenocarcinoma. It then plans to evaluate the fruits of this extra effort before deciding whether to add back more cancers.

But this time around, the studies will be able to incorporate detailed clinical information about the patient’s health, treatment history and response to therapies. Because researchers can now use paraffin-embedded samples, they can tap into data from past clinical trials, and study how mutations affect a patient’s prognosis and response to treatment. Staudt says that the NCI will be announcing a call for proposals to sequence samples taken during clinical trials using the methods and analysis pipelines established by the TCGA.

The rest of the International Cancer Gene Consortium, slated to release early plans for a second wave of projects in February, will probably take a similar tack, says co-founder Tom Hudson, president of the Ontario Institute for Cancer Research in Toronto, Canada. A focus on finding sequences that make a tumour responsive to therapy has already been embraced by government funders in several countries eager to rein in health-care costs, he says. “Cancer therapies are very expensive. It’s a priority for us to address which patients would respond to an expensive drug.”

The NCI is also backing the creation of a repository for data not only from its own projects, but also from international efforts. This is intended to bring data access and analysis tools to a wider swathe of researchers, says Staudt. At present, the cancer genomics data constitute about 20 petabytes (1015 bytes), and are so large and unwieldy that only institutions with significant computing power can access them. Even then, it can take four months just to download them.

Stimulus funding cannot be counted on to fuel these plans, acknowledges Staudt. But cheaper sequencing and the ability to use biobanked biopsies should bring down the cost, he says. “Genomics is at the centre of much of what we do in cancer research,” he says. “Now we can ask questions in a more directed way.”