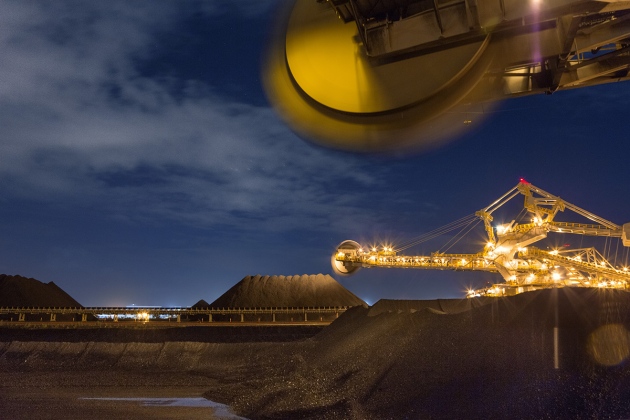 The country’s lucrative coal industry is one of many things putting climate change on the Australian election agenda.

Australia’s elections often feature a fierce debate over climate-change policy. In recent years, arguments over whether and how to put a price on carbon emissions have even swayed voters and toppled govern­ments. Australia is on the front lines of climate change: it is one of the world’s largest coal exporters and biggest carbon emitters per capita, and is already experiencing increasingly frequent extreme weather and coral bleaching.

But political uproar over climate change has been more subdued in the run-up to the election on 2 July, which pits the current Liberal–National coalition government against the opposition Australian Labor Party. In part, that is because politicians are more focused on the country’s economy. But policy analysts say the lack of debate suggests that the opposing parties are more closely aligned on climate action this time around. “We’re not in as tumultuous a place as we were in previous years,” says Frank Jotzo, director of the Centre for Climate Economics and Policy at the Australian National University in Canberra. Both parties have set emissions targets, and “under both parties something will be done”, he says.

A poll of 250,000 Australians, published on 2 June by the broadcaster ABC, suggested that 63% want a price on carbon, up from 50% before the 2013 election. “It is an issue that keeps forcing itself into the conversation,” says John Connor, chief executive of the Climate Institute, a policy think tank in Sydney.

At face value, the policies of the two main parties seem distinct. The government, led by Prime Minister Malcolm Turnbull, is promising to continue a scheme that came into effect in 2014, which sees companies bid for funding for emissions-reduction programmes. From 1 July, firms will be forced to buy carbon credits if they exceed a ceiling on carbon emissions.

But falling demand for electricity means that is unlikely to happen to electricity generators, says Dylan McConnell, a research fellow at the Melbourne Energy Institute at the University of Melbourne, because the ceiling is set at a high point for emissions that was reached between 2009 and 2014. He says that the government’s policies are “definitely not adequate” to achieve its targets of cutting emissions to 26–28% below 2005 levels by 2030. A spokesperson for environment minister Greg Hunt disagreed, saying that the government’s policies put it on track to meet its 2030 targets.

The Labor opposition, which under leader Bill Shorten has a slight edge in opinion polls, is more ambitious: it has pledged to reduce emissions by 45% below 2005 levels by 2030, and to be carbon neutral by 2050. Labor would also introduce an emissions-trading scheme for electricity producers. “Labor’s policies are stronger with a clearer pathway to credibility than the coalition’s, but much detail remains to be sorted,” says Connor. For example, it is not clear where the threshold on emissions intensity would be set.

“Australia has one of the lowest emissions-reduction targets.”

Climate analysts think that in practice, the two approaches could end up operating in a similar way — with the coalition’s pay-to-cut-emissions plan morphing into an emissions-trading scheme similar to the Labor proposal. “When you look at the policies, unless you’re a policy nerd, there’s not really much difference,” says Tony Wood, head of the energy programme at the Grattan Institute, a think tank in Melbourne. Hunt’s spokesperson rebuffed any comparison, saying that the government was not running an emissions-trading scheme.

With warming oceans causing extensive damage to Australia’s iconic Great Barrier Reef, rival politicians are keen to be seen as promising action. On 30 May, Shorten pledged Aus$377 million (US$279 million) in new funding to improve the health of the reef, if he is elected. Turnbull then announced that his government would use up to Aus$1 billion from an existing clean-energy programme to support the reef’s health through projects to improve water quality, reduce emissions and provide clean energy. But marine biologist Terry Hughes, director of the ARC Centre of Excellence for Coral Reef Studies at James Cook University in Townsville — who has made headlines with his reef-bleaching studies (see also Nature http://doi.org/bj45; 2016) — says that the money will make little difference because it won’t tackle the fact that global warming is the greatest threat to the reef. “Australia has one of the lowest emissions-reduction targets of any developed country and the highest per capita emissions. Those are the two areas the government should be addressing,” says Hughes.

The government also refused to intervene when cuts to climate-change programmes at the national science agency, the Commonwealth Scientific and Industrial Research Organisation (CSIRO), were revealed earlier this year. The opposition has committed to an independent review of the agency and, on 12 June, promised CSIRO Aus$250 million extra as part of a package to fund various science programmes, if the party is elected.

Jotzo and Wood see the quieter consensus for action on carbon emissions as a relief after a decade of contentious climate politics. Those years saw a carbon ‘tax’ introduced by Labor’s Julia Gillard in 2012, and then dismantled by a conservative coalition led by Tony Abbott in 2014. “There is an opportunity for bipartisanship, which is part of the reason why the toxicity of the debate in this election hasn’t been so strong,” says Wood.