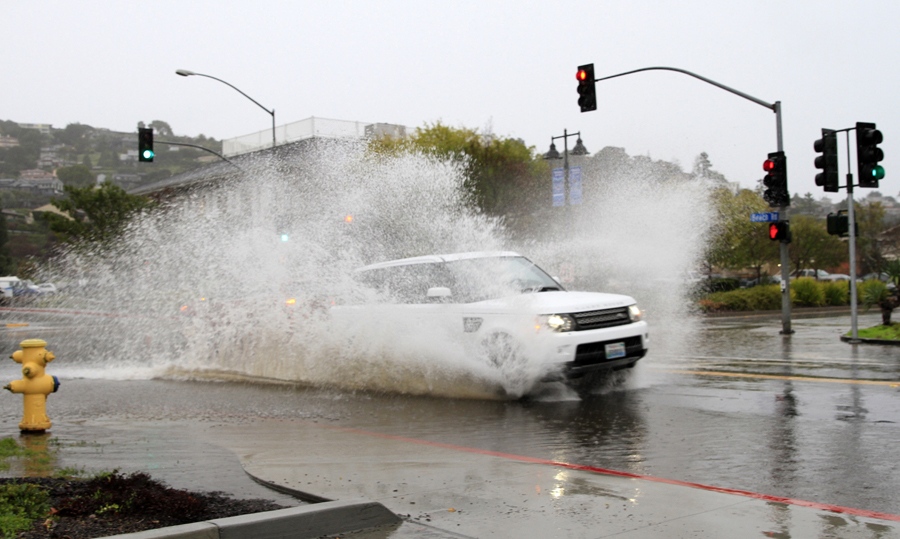 El Niños typically cause flooding in California, but the current one is too weak to break the state's multi-year drought.

The El Niño weather pattern that scientists have awaited for nearly a year has finally arrived. But forecasters say that its signature warming of the equatorial Pacific Ocean will not have a major impact on global weather.

“This Niño is weak in strength, and it’s also quite late,” says Mike Halpert, deputy director of the US National Oceanic and Atmospheric Administration’s (NOAA) Climate Prediction Center in College Park, Maryland.

El Niños usually develop in the latter part of the year and peak from December to April. They are often associated with widespread changes in precipitation patterns, as well as warmer global temperatures. But NOAA’s latest forecast, issued on 5 March, suggests that the weakness and timing of the current event will minimize its impact. Some effects associated with El Niño could surface in the coming months, including additional precipitation along the US Gulf Coast, but Halpert says this one is probably “too little, too late and too weak” to boost rainfall along the west coast and provide relief for drought-stricken California. 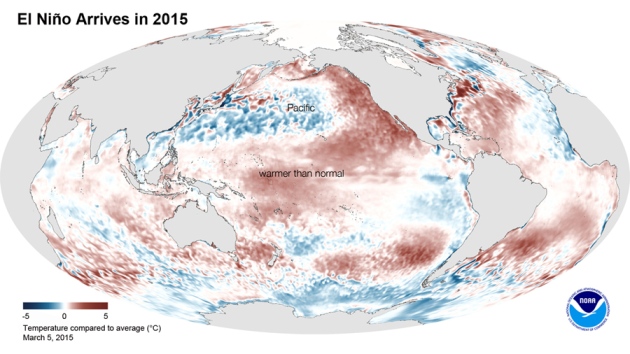 Warmer than normal surface temperatures (red) in the equatorial Pacific Ocean indicate the arrival of an El Niño.

The announcement comes a year after forecasters first predicted that a major El Niño could be in the works. At the time, NOAA predicted a 50% chance that an El Niño could develop in the latter half of 2014. The agency also said the wind patterns that were driving water east across the Pacific were similar to those that occurred in the months leading up to the epic El Niño of 1997, which caught scientists by surprise and contributed to flooding, droughts and fires across multiple continents.

In the end, last year's forecasts came up short, in part because the winds that were driving the system petered out. Researchers, who have been working to improve their forecasting models since 1997, are trying to figure out precisely what happened last year and why their models failed to capture it.

“Why did these two years that looked so similar early on turn out so differently?” asks Gabriel Vecchi, a climate modeller at NOAA’s Geophysical Fluid Dynamics Laboratory in Princeton, New Jersey.

Vecchi calls the 2014–15 season “a great case-study” and says such unusual events can be useful for scientists. “They force us to challenge our assumptions, to revisit our rules of thumb and to seek fuller explanations and more robust models,” he says.

Forecasters are trying to increase the amount of lead time they can give the world in the event of another major El Niño, but the challenge is that the weather patterns in the equatorial Pacific are fickle in the first half of the year; even significant trends can stall or even reverse course.

By July, the models are more reliable and forecasters are better able to predict what kind of patterns might develop in the latter half of the year. For now, NOAA is predicting a 50–60% chance that El Niño conditions could continue into the Northern Hemisphere summer.