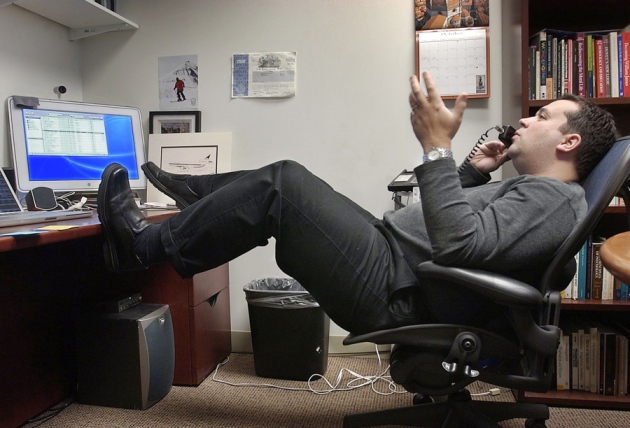 Bioethicist Glenn McGee’s new job raised questions of conflict of interest at the journal he founded.

The field of bioethics is embroiled in a period of soul-searching, sparked by a startling career move by one of its biggest names.

Glenn McGee is the editor-in-chief of the American Journal of Bioethics (AJOB), the most cited bioethics journal, which he founded in 1999. Since December 2011, he has also been president for ethics and strategic initiatives at CellTex Therapeutics in Houston, Texas, a controversial company involved in providing customers with unproven stem-cell therapies. A CellTex press release says that “Dr McGee’s responsibilities will include ensuring that all of the firm’s work, centered on adult stem cells, will meet the highest ethical standards of the medical and scientific communities.”

Although McGee has said he will leave the journal on 1 March, many bioethicists have criticized him, the journal’s editorial board and its publisher, London-based Taylor and Francis. They argue that in holding both posts, McGee has a conflict of interest between his responsibilities to the journal and his new employer’s desire to promote the clinical application of stem-cell treatments that are not approved by the US Food and Drug Administration.

“Imagine if the Editor of the New England Journal of Medicine took a job as Vice President at Merck, and the Mass Medical Society asked him to stay on as Editor, opining that the conflicts of interest would be manageable. One might rightly wonder, ‘What are these people smoking?’,” says John Lantos, director of the Children’s Mercy Bioethics Center in Kansas City, Missouri, and a past president of the American Society for Bioethics and Humanities.

More broadly, bioethicists are questioning whether it can ever be acceptable to work for companies, which, they argue, may be using the appointment to present a veneer of ethical probity. The episode brings to a head concerns that have emerged among bioethicists over the past decade, says Insoo Hyun, a stem-cell bioethicist at Case Western Reserve University in Cleveland, Ohio. “It’s a perfect storm,” he says.

McGee is a leading voice on one side of the debate, arguing that bioethics must have practical relevance. For the past three years he has been chair of bioethics at the non-profit Center for Practical Bioethics in Kansas City, where he ran a course for those who might go on to chair hospital ethics committees or serve as ethical advisers to corporations.

But during McGee’s tenure as editor-in-chief of the AJOB, four editors are known to have resigned from the editorial board because of differences in opinion over how the journal handles conflicts of interest. Two left this month, including Lantos, who wrote on his blog that he will no longer work with the journal because of McGee’s simultaneous employment at the AJOB and CellTex, and frustration over the lack of a clear conflict-of-interest policy at the AJOB. In response to Nature’s questions about the situation, Taylor and Francis responded that it “is grateful for Dr McGee’s editorship of AJOB” and “supportive of Glenn’s decision to step down”.

On 17 February, McGee announced that he is merely acting in an advisory capacity at the journal until 1 March, when its new editors-in-chief take over. They are David Magnus, director of the Center for Biomedical Ethics at Stanford University, California, and Summer Johnson McGee, director of graduate studies at the Center for Practical Bioethics and the journal’s current executive editor. She is also Glenn McGee’s wife.

“Mainstream bioethics is no longer speaking truth to power.”

Responding to questions from Nature, Summer Johnson McGee says that the journal has a conflict-of-interest policy that requires editors to withdraw from reviewing a manuscript if they perceive a conflict. She calls allegations that her appointment results from her relationship with her husband “baseless and sexist”. “David Magnus and I were hired by our publisher, not by my husband.” Magnus says that at least a dozen editorial board members have supported his and Summer Johnson McGee’s appointments. Two even indicated that Glenn McGee should have been able to retain an advisory or editorial role.

Other bioethicists’ blogs and Twitter feeds about the episode have expressed concerns, however. Leigh Turner of the University of Minnesota, Minneapolis, called on the entire editorial board of the AJOB to resign for allowing the situation to persist. And many say that McGee’s move illustrates a broader problem. “Mainstream bioethics is no longer speaking truth to power,” complains Jan Helge Solbakk at the University of Oslo. “Instead it has become the handmaiden of the medico-industrial complex, and of bioscience and technology.”

So how should companies get their advice on bioethics? Magnus never takes cash from industry for advising or speaking — “I’m a hardass about that” — but he believes that bioethicists can work for industry as long as they give up their academic positions, including posts on journal editorial boards.

Working for a respected company may be acceptable to some bioethicists, but McGee’s new employer comes with a great deal of baggage. CellTex, which was founded last year and as yet has no website, licenses stem-cell technology from Seoul-based RNL Bio. The South Korean company has made a business out of taking fat cells from people, processing them in a way that they say increases the number of mesenchymal stem cells, and then reinjecting them in an effort to treat conditions such as spinal cord injury.

McGee already had a connection with RNL Bio. In 2010, two patients died following injections of RNL’s cells. McGee, working for stem-cell lobby group the International Cellular Medicine Society, based in Salem, Oregon, helped to conduct an investigation into the company. This concluded that only one of the two cases was likely to be related to the injections, and because the patient understood the risk the company was not culpable.

Jin Han Hong, the then president of RNL’s US subsidiary, admitted in 2010 that there was no clinical-trial evidence proving that these treatments are effective (Nature 468, 485; 2010). As treatment with RNL’s stem cells is not approved in the United States or South Korea, for the procedures the company sends patients to China or Japan, where regulations are less strictly enforced. Using RNL’s methods, CellTex is banking stem cells that have gone on to be used in a number of patients, including Rick Perry, governor of Texas (Nature 477, 377–378; 2011). CellTex says that it does not conduct medical procedures itself.

When Nature contacted McGee to put the criticisms to him, he directed us to previous statements indicating that he wants to put CellTex on firmer ethical ground by having it conduct clinical trials that meet standards set by the International Society for Stem Cell Research, based in Deerfield, Illinois, which represents most mainstream stem-cell researchers around the world.

Hyun warns that working directly for business can be fraught with danger, however good a bioethicist’s intentions. In 2005, he helped to craft the informed consent procedure for egg donations used in a cloning procedure by disgraced Korean stem-cell scientist Woo Suk Hwang. Following Hwang’s claim, later proved fraudulent, that he had cloned human embryos and harvested stem cells from them, it emerged that he had ignored the consent procedure for egg donations (Nature 438, 536–537; 2005), leading to embarrassment for Hyun.

“I know first hand how difficult it is to separate conflict of interest — to maintain the role of bioethicist,” says Hyun. “I know you need to not be too chummy with enterprises trying to speed ahead in stem cells.”

On 28 February, bioethicist Glenn McGee resigned his position as President of Ethics and Strategic Initiatives at Houston-based Celltex Therapeutics.