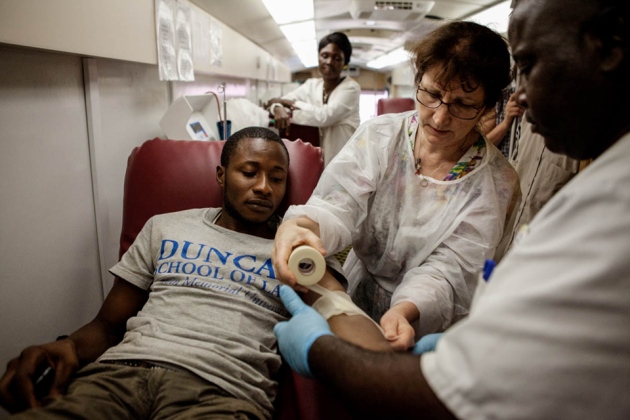 An outbreak of the Ebola virus has emerged in the Democratic Republic of the Congo (DRC), the World Health Organization (WHO) said on 12 May. Congolese authorities have reported nine suspected cases of Ebola infection in the past three weeks; the WHO has confirmed one, and tests are pending on others. Now health officials are considering whether to deploy an experimental Ebola vaccine against the outbreak, for the first time since the WHO gave it preliminary approval in April.

The aid group Médecins Sans Frontières (MSF, also known as Doctors Without Borders) is discussing a potential vaccination campaign with the Congolese government, an MSF spokesperson says. That would require the approval of the WHO, which has not decided whether to call on the approved experimental vaccine or others in development, says WHO spokesperson Tarik Jašarević. Still, he says, “we are taking this [outbreak] seriously because Ebola is always serious”. The most recent outbreak of the virus, in West Africa from 2014 to 2016, killed 11,325 people; there have been several known outbreaks in the DRC, but none has been as severe as the West African one.

There are now 12 candidate Ebola vaccines in development. None is yet approved for sale, in part because the candidates were not ready for testing until the West African Ebola crisis was on the wane. But on 27 April, the WHO’s advisory group on immunization recommended that an experimental vaccine called rVSV-SEBOV be deployed promptly should an Ebola outbreak arise.

Developed by the Public Health Agency of Canada and licensed by the drug companies NewLink Genetics of Ames, Iowa, and Merck of Kenilworth, New Jersey, rVSV-ZEBOV showed promise in a study published in The Lancet last December1. The trial included 11,841 people in Guinea in 2015, near the end of the Ebola outbreak there. None of the 5,837 people who received the vaccine had developed the disease ten days after vaccination. But there were 23 cases among the thousands of other people included in the trial.

The deployment of rVSV-ZEBOV may be warranted in the DRC, because the vaccine is based on the Zaire strain of Ebola — the same strain that is driving the current outbreak, says Anthony Fauci, director of the US National Institute of Allergy and Infectious Diseases. If public-health authorities decide to proceed, there is a supply of rVSV-ZEBPV at the ready: Gavi, the Vaccine Alliance, signed an agreement with Merck in 2016 to purchase 300,000 doses of vaccine for use in future outbreaks.

Historically, outbreaks in the DRC have never approached the unprecedented severity of the West Africa epidemic. The most recent Ebola outbreak in the DRC occurred in the Bas-Uele province — the site of the current episode — and killed 49 people over 3 months. The gap in severity is due in part to the DRC’s infrastructure and geography. Whereas people, and the viruses they carry, travel fluidly between Guinea, Sierra Leone and Liberia, rough roads impede movement in many parts of the DRC. This means that outbreaks there kill people, but fizzle out without spreading very far.

The DRC also benefits from Ebola expertise that its doctors and researchers have built up over the years. Jean-Jacques Muyembe-Tamfum, director-general of the National Institute for Biomedical Research in Kinshasa, is well known among Ebola experts for curbing the DRC’s first outbreak, in 1976, and many thereafter. He works to engage affected communities immediately, to build their trust in medical teams and to help them understand the importance of not touching others in checking the spread of the virus.

Muyembe-Tamfum “is probably out there already”, says David Heymann, an infectious-disease epidemiologist at the London School of Hygiene and Tropical Medicine. He recalls how Muyembe-Tamfum — who could not be reached for comment — helped to contain past outbreaks by telling village chiefs that Ebola was an evil spirit, which passes to people when they touch the infected. “Muyembe talks with people in a way that they will understand quickly,” Heymann says. “He does whatever he believes is effective, and it is.”