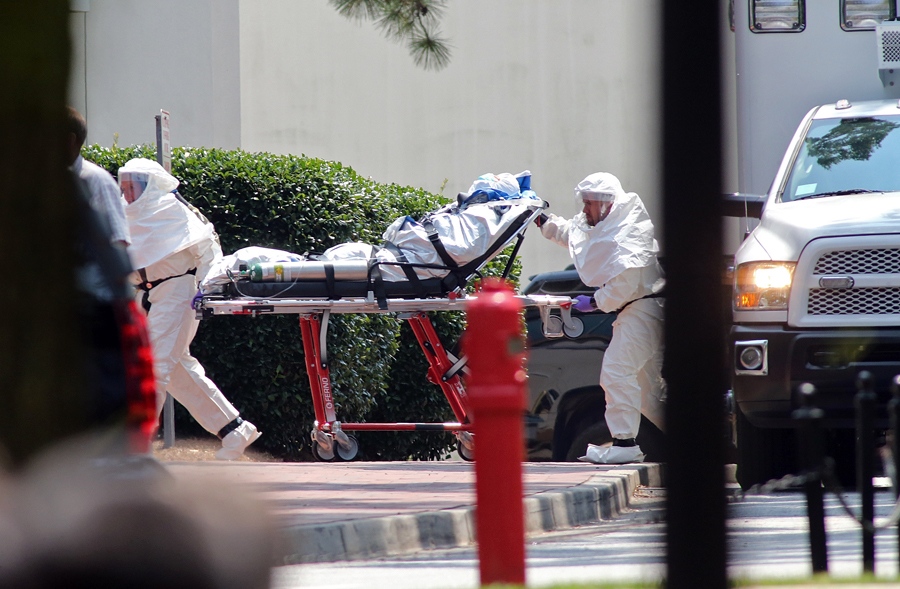 The human body can mobilize a strong defense against Ebola virus, suggests a study of four people with the virus who were treated in the United States last year.

A team led by immunologist Rafi Ahmed of Emory University in Atlanta, Georgia, found that the people treated at Emory between August and October 2014 mustered robust immune defences against the virus, which has killed nearly 10,000 people in West Africa in 15 months. The team's study1 supports an emerging consensus from the past year’s outbreak: if patients receive early care, it can give their bodies enough time to fight off the infection.

“It’s like we’re racing against the virus,” says Anthony Fauci, director of the US National Institute of Allergy and Infectious Diseases in Bethesda, Maryland. “The idea that Ebola causes 90% mortality is under the worst conditions. If you take that same patient and put her in intensive care until her immune system kicks in, you can dramatically diminish the mortality to maybe 20% or less,” he says.

The results have important implications for the design of Ebola vaccines. The researchers studied which viral proteins were targeted by immune cells, including one type, called the T cell, in the patients. They discovered that the T cells mostly targeted a protein inside the virus, known as the nucleoprotein. But the Ebola vaccines that are now in clinical trials — including two being tested in Guinea and Liberia — are designed to trigger immune defences against a different protein, the glycoprotein, which coats the surface of the virus.

This does not mean that the vaccines in testing will not work; they are known to protect monkeys, for instance. But it does mean that vaccine developers might try rearranging their vaccines to include pieces of the nucleoprotein.

“Since human T cells are really interested in this nucleoprotein, maybe we should try incorporating it into the vaccine to see if that could give even better immune responses,” says virologist and paediatrician Anita McElroy of Emory University and the US Centers for Disease Control and Prevention in Atlanta, who studied the patients' cells in a high-containment lab for this study.

It is unclear whether the survivors' immune responses were influenced by experimental therapies that they received. Two were treated with the experimental antibody drug ZMapp, which is designed to dock to the glycoprotein, and therefore may have muted the body's response to this viral protein.

The researchers found that these two patients continued to make cells that were primed to fight Ebola virus for as long as a month after they were cured of their infections and released from the hospital. This indicates that although the patients cleared the infectious virus out of their bodies, viral fragments remained, keeping the immune system on alert.

That might provide clues as to why some survivors experience what doctors are calling 'post-Ebola syndrome' — the persistence of symptoms such as body aches and pains, vision problems, fatigue and skin problems even after they recover. The immune system goes into 'battle mode' to fight the virus, but if it does not stand down after the infection is gone, it might still do damage.

“It is certainly conceivable that a hyperactivated immune system following recovery from the live infection could account for some of the prolonged symptoms,” Fauci says.

But McElroy says the paper involves too few survivors to know for sure what underlies the post-Ebola syndrome, and that Ebola takes a tremendous physical toll on patients that may cause some of the the disease's lingering effects.

“After you've lost 30 pounds from an infection, you're not going to be a normal person the day you walk out of the hospital,” McElroy says.