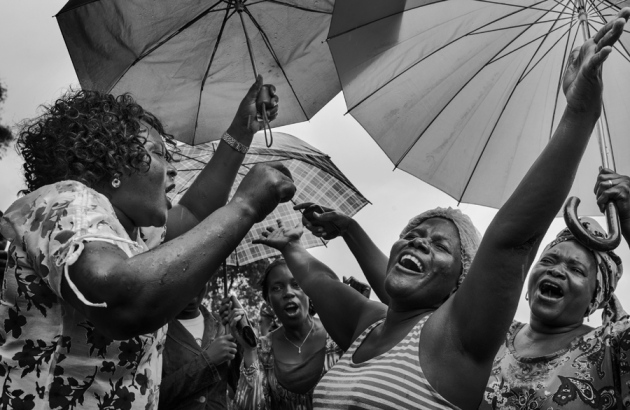 Survivors of Ebola carry antibodies that might be used to save the lives of those infected with the virus.

With no drugs available to treat Ebola, eyes are turning to a therapy that had largely been relegated to the history books: transfusing patients with blood plasma donated by survivors, which contains antibodies against the virus.

Clinical trials of convalescent plasma therapy (CPT) have started in the past few weeks in Liberia, and are due to begin soon in Guinea and Sierra Leone. If the therapy saves lives, the approach could quickly be scaled up.

Success would also raise awareness of CPT’s potential to treat other new and emerging infectious diseases for which there are no readily available effective drugs or vaccines, such as SARS, avian influenza and Middle East respiratory syndrome (MERS). “Clinical trials of convalescent plasma should be considered in other emerging infections,” says David Heymann, an infectious-disease researcher at the London School of Hygiene and Tropical Medicine, and chair of Public Health England.

Many scientists have long argued that CPT has been wrongly neglected, both as a therapy for emerging diseases and in preparation for future unknown threats. Today, the approach is gaining ground. Trials of convalescent plasma are beginning for the treatment of patients with MERS, which has infected 938 people and killed 343 of them since it was discovered in 2012. And an international protocol aimed at removing hurdles to quickly rolling out trials of convalescent plasma has recently been drafted.

Convalescent plasma was found to effectively treat diphtheria and tetanus at the end of the nineteenth century, and was widely used in the first half of the twentieth century to treat diseases such as measles, mumps and pneumonia. But it fell off the radar after the development of antibiotics, antiviral drugs and vaccines. (An exception was the adoption of CPT in Argentina for Argentine haemorrhagic fever after a successful controlled trial in the 1970s.)

When available, drugs and vaccines are usually a better option. They are easier to mass-produce and administer, and their quality and dosing can be better controlled. CPT is more complicated — it requires collecting survivors’ blood, screening it for pathogens and then organizing patient transfusion. And standardizing batches of plasma is difficult, because antibody levels in donated blood can vary widely.

But an epidemic or pandemic of a new pathogen turns that logic on its head. As in the case of the Ebola epidemic, there are typically no drugs or vaccines available, and developing these usually takes years. By contrast, “convalescent plasma is one of the few things you can get up and running quickly”, says Calum Semple, a paediatrician and clinical virologist at the University of Liverpool, UK, who is involved in the Guinea Ebola trial. Trials for Ebola and other emerging diseases “should have happened years ago”, he adds. He points out that the therapy is often considered old-fashioned and that there are neither big profits to be made nor cutting-edge-science interests at stake. “Convalescent plasma is not attractive to pharma, or the modern model of academia,” he says.

Results from the first safety and efficacy trials in West Africa are expected within weeks. If the therapy is effective, many of the thousands of Ebola survivors there will be potential donors, each capable of giving up to one litre of plasma every two weeks.

There is also growing evidence to support the broader testing of CPT. A 2006 review of 8 studies carried out during the 1918 flu pandemic1, and a review published last July of 32 studies on SARS or severe influenza2, both suggest that plasma can be an effective treatment. And a 2010 modelling study3 concluded that in a full-blown flu pandemic, the infrastructure of developed countries could probably harvest sufficient plasma from survivors for population-wide treatment of the ill. “It’s not the be-all and end-all, but it is certainly a potentially power­ful and effective tool to add to our armamentarium,” says Stephen Hoffman, a co-author of the 2006 review and chief executive of malaria-vaccine company Sanaria in Rockville, Maryland.

Even relatively poor countries often have a good-enough infrastructure for processing blood to use the therapy, says Heymann, who was part of the team that fought the first Ebola outbreak in the Demo­cratic Republic of the Congo in 1976. Plasma extraction can also be done in the field, he adds.

Adequate screening for pathogens in donated blood can be an issue in poorer countries. In the CPT Ebola trials, a chemical is being added to the donated blood. When the mixture is exposed to ultra­violet light, the compound irreversibly crosslinks the DNA and RNA of pathogens, preventing their replication.

It is also getting easier to test CPT more broadly. The International Severe Acute Respiratory and Emerging Infection Consortium (ISARIC), a network of researchers based in Oxford, UK, was set up in 2011 to accelerate clinical research during outbreaks. It has now drafted a protocol for clinical trials of CPT that regulatory bodies can approve before an outbreak starts, allowing trials to be quickly carried out if necessary.

The protocol is being used in the Ebola trials and in clinical trials of CPT for MERS. These have begun in 20 patients in Saudi Arabia, and a larger trial of several hundred is planned over the next few months, says Yaseen Arabi, a physician and researcher at King Saud Bin Abdulaziz University for Health Sciences in Riyadh, who is coordinating the trials in collaboration with the World Health Organization and ISARIC. “Given the severity of illness and the lack of proven therapy, convalescent plasma has the potential of making a substantial difference,” says Arabi. “However, this needs to be tested.”