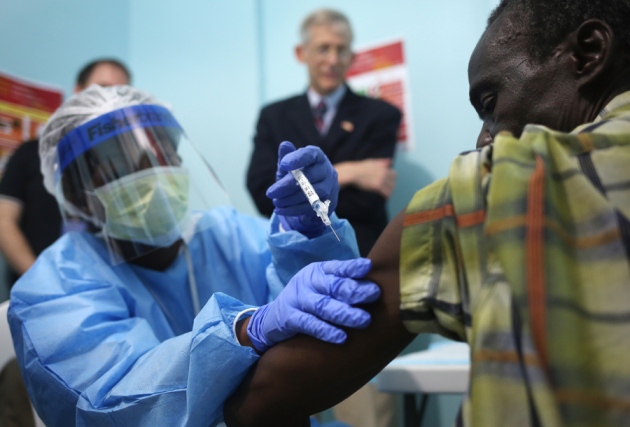 Ebola vaccine development attracted more than 60% of funding for the disease in 2015.

Global funding for research on neglected diseases — which include tuberculosis, HIV/AIDS and malaria — is at its lowest level since 2007, according to the annual G-FINDER investment report by Policy Cures Research, a health-policy analysis firm in Sydney, Australia.

But that total — just over US$3 billion for 2015, the latest year for which figures are available — does not include a rapid burst of funding for research into Ebola to tackle the outbreak in West Africa. Investments in Ebola and other African viral haemorrhagic fevers shot up to $631 million in 2015 — more than was spent on any other neglected disease except HIV/AIDS (see 'Two sides of the same coin').

Almost two-thirds of funds invested in Ebola was spent on developing preventive vaccines, and more than one-third of funding came from industry. That is an unusually high proportion, notes Nick Chapman, executive director of Policy Cures Research. 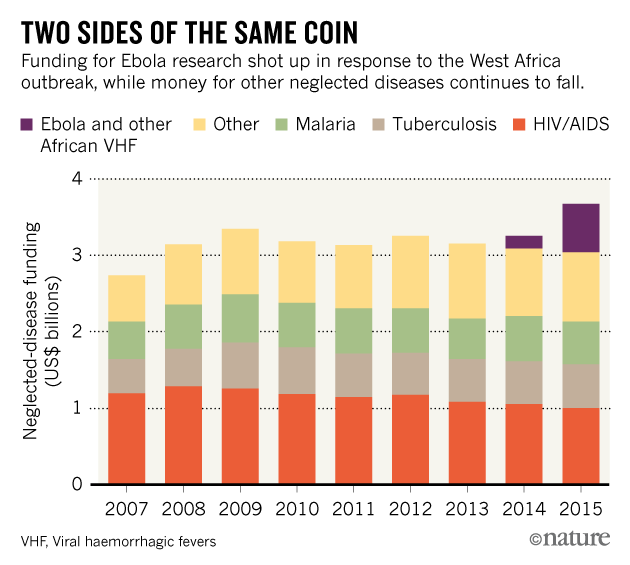 The firm decided to count the Ebola investments separately from the bulk of neglected-disease funding, because of their distorting effect on the underlying figures. “At the same time that we’re seeing this huge explosion in Ebola funding, governments are letting funding slide for neglected diseases,” Chapman says.

The G-FINDER analysis, or Global Funding of Innovation for Neglected Diseases, tracks public, private and philanthropic investment into illnesses that disproportionately affect people in developing countries, and that don't have enough of a commercial market to attract much private research and development (R&D).

The steady drop in cash for diseases other than Ebola, the report finds, is caused almost entirely by a fall in public funds from high-income countries, such as the United States.

These countries accounted for 97% of the $1.9 billion in public funds for R&D in 2015. Much of the US money was delivered through grants from the country’s National Institutes of Health, meaning that neglected disease R&D is vulnerable to funding changes at the agency.

Philanthropic funding also fell slightly. It comes from two main donors — the Wellcome Trust in London and the Bill & Melinda Gates Foundation in Seattle, Washington, which together accounted for $610 million out of $645 million in public funds in 2015. The Wellcome Trust cut its investment by $27 million — or 22% — from 2014 to 2015; its funding for neglected diseases has fallen by 33% since 2012.