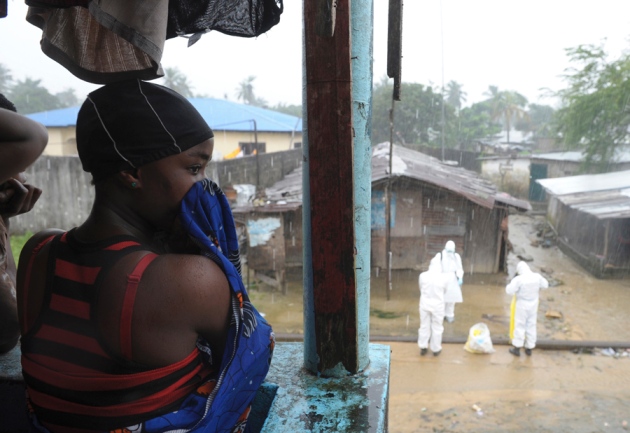 The Ebola outbreak, which has killed more than 1,500 people, has devastated the impoverished countries of West Africa.

William Pooley, a nurse from the United Kingdom who caught Ebola while treating patients in Sierra Leone, is the latest person in the current outbreak to receive the experimental drug ZMapp. Yet there is still no evidence that the drug, or any of the other treatments under development for Ebola, are safe or effective in people. To change this state of affairs, the World Health Organization (WHO) is this week convening a major meeting to prioritize the most promising experimental Ebola drugs and vaccines, and to discuss how clinical studies can best be carried out in the chaotic environment of a deadly disease epidemic.

Although the drug’s manufacturer Mapp Biopharmaceutical of San Diego, California, has given out doses of ZMapp to seven people so far, this was authorized on a case-by-case, ‘compassionate use’ basis. No drugs or vaccines for Ebola have been approved by regulators.

The first phase of clinical trials, to test for a product’s safety, is usually carried out in healthy volunteers in facilities with sophisticated clinical-trials infrastructure. But an unusual combination of factors — the difficulty of implementing public-health measures to control the disease’s spread in the affected countries, the huge social and economic disruption that it is causing and the fact that the current outbreak kills about 53% of the people it infects — makes this crisis an exception.

Last month, an expert panel convened by the WHO concluded unanimously that it is ethical to use unapproved drugs and vaccines in this outbreak, provided that every effort is made to gather the best scientific data on their safety and efficacy. And on 4–5 September, 150 Ebola scientists, industry executives, clinical-trials experts, ethicists and regulatory officials are due to meet at the WHO’s headquarters in Geneva, Switzerland, to identify and prioritize the most promising products for use in clinical trials (see ‘Drugs and vaccines to watch’).

Although the slow regulatory route for testing drugs and vaccines is ill-adapted to the rapid response needed during an outbreak, it is an obstacle that must be overcome, says Jeremy Farrar, a tropical-disease specialist and head of the London-based biomedical-research charity the Wellcome Trust. “We don’t have the luxury of being able to test these in humans outside of an epidemic setting.”

Large and complex trials, in which treatments are allocated at random to a homo­geneous group of people, would be impractical in the field, say infectious-disease researchers: the countries affected by the Ebola outbreak have fragile health-care systems that have been overwhelmed by the outbreak and a health-care workforce ravaged by the virus.

The next steps are therefore likely to be the introduction of small-scale trials for both safety and efficacy, in which people with Ebola receive the drugs in an organized manner, and the outcomes are systematically recorded, says Daniel Bausch at Tulane University in New Orleans, Louisiana. Ebola’s high mortality rate also means that if a drug works, this should be easy to detect even in trials involving just a few dozen patients.

At the same time, doctors and clinicians must better structure the data obtained from cases of compassionate use to increase their scientific value, says Bausch, who is one of the world’s leading experts in fighting Ebola outbreaks and has been caring for patients in Sierra Leone.

Pooling results from different small trials and from compassionate use — perhaps through a central coordinating body such as the WHO — will be key to extracting the most useful data, says Farrar. That will require the various research organizations, charities and drug companies providing the medications to agree to standardize how they collect their data, for example monitoring a patient’s viral load and recording how long patients had been infected when they first received the drug. “Let’s say five different interventions get tried in the next three months,” says Farrar. “If each of those gathers completely different, non-comparable information, we are likely to end up with no conclusive information.”

A coordinated approach could yield data that, although not as high quality as those obtained from gold-standard randomized clinical trials, would be good enough to enable decisions to be made on potential treatments, says Farrar. Sharing results could also allow an iterative process in which ineffective products are dropped, and effective ones scaled up.

But implementing even slimmed-down trials will be possible only at the best treatment centres, because the logistics elsewhere make any clinical work almost impossible, points out Bausch. “In Liberia right now, it’s unrealistic to think there is any type of infrastructure; they are struggling to have enough beds” for Ebola patients, he says. In an outbreak situation, even simple matters such as recording data for a trial become difficult, he adds. “Filling out a form on 300 patients when you have just two nurses and a doctor is just not realistic.”

The WHO meeting will also discuss vaccines. Because these are designed for people not infected with the virus, the ethical equation for testing vaccines is different.

On 28 August, Anthony Fauci, director of the US National Institute of Allergy and Infectious Diseases, announced that the agency is working with vaccine makers and an inter­national research consortium, including the Wellcome Trust, to conduct phase I safety trials of two candidate vaccines. The trials will be carried out in healthy volunteers in the United States, the United Kingdom, Gambia and Mali, all of which have good clinical-trials infrastructure, before being tested or introduced into outbreak areas.

Getting any products out in time to be of significant help in controlling the outbreak will be challenging, says Bausch. Still, the investment could help to control future Ebola outbreaks.

Robert Fowler, a critical-care specialist at the University of Toronto, Canada, who has been working for the WHO in Guinea and Sierra Leone, says that although he is supportive of the testing of new drugs and vaccines, improvements in basic treatment should not be overlooked. Fowler is preparing to publish results showing that providing intravenous rehydration to restore electrolyte balance can greatly reduce mortality rates. Such supportive care is available at only a few treatment centres in the region, but could help to reduce mortality right now, he says.