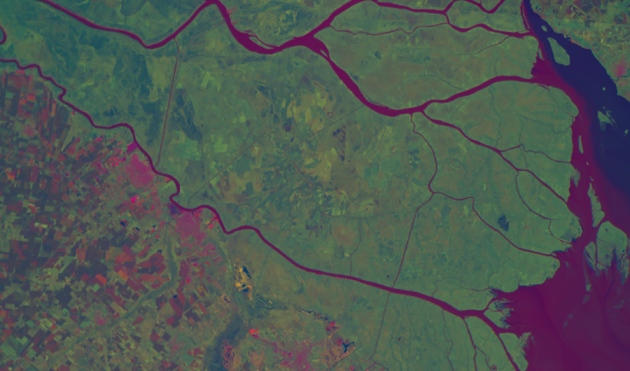 Never have so many private eyes looked down at Earth. In the past decade, about a dozen companies have formed to launch Earth-observing satellites. Few have sought to compete with sophisticated government-built instruments, but that is changing.

Private firms have begun to develop satellite radar systems and other advanced technologies in a bid to court scientists and other users, even as the US government is threatening to pare back its stable of satellites. Later this year, for example, the Finnish firm Iceye plans to launch a prototype radar instrument — the first step, the company says, towards a constellation of 20 such probes. Until recently, commercial firms had shied away from pursuing radar satellites because they require heavy instruments and consume a lot of power.

For some scientists, the growing variety of commercial data is enabling previously impossible research projects. But others fear that increasing reliance on private satellite observations could short-change science over time, by making data more costly or creating other barriers to access. “If you go the commercial way, you’re going to shrink the user base and you’re going to shrink the amount of knowledge you gain from it,” says Matthew Hansen, a geo­grapher at the University of Mary­land in College Park who uses some private data.

Remote-sensing companies typically sell their data to the government and to businesses such as private weather forecasters and agri­cultural firms. They have tended to focus on collecting data in just a few wavelength bands, to provide sharper and more frequent images than government spacecraft can. But various trends — the falling costs of components, the development of small satellites such as CubeSats and improved engineering and manufacturing processes — have allowed firms to pursue more-complex technologies.

Several firms are looking to develop satellites equipped with radar, which can gather data at night and through cloud cover — situations in which instruments relying on visible light falter. Iceye’s planned constellation of probes should be able to image a given location many times a day, whereas existing radar-equipped satellites, such as the European Space Agency’s Sentinel-1, return to a given spot only every few days. Other companies with radar projects in development include XpressSAR of Arlington, Virginia, and Urthecast of Vancouver, Canada.

Some firms are beginning to explore hyperspectral imaging, which spans a wide range of wavelengths, allowing the detection of specific chemicals. In 2016, Satellogic of Buenos Aires launched two 35-kilogram satellites equipped with custom-designed cameras and light filters. Last month, the company became the first commercial supplier of hyperspectral data. Satellogic’s goal is to fly about 300 satellites, together capable of imaging any location on Earth.

And it has already begun to appeal to scientists. The company announced in January that it would give researchers free access to its 30-metre-resolution hyperspectral data. These span optical and near-infrared wavelengths and can help track water pollution and oil spills, and monitor the health of forests and crops. “We are receiving contacts from scientists all over the world,” says Satellogic chief executive Emiliano Kargieman.

But most commercial data must be purchased, and some scientists say the cost can limit their usefulness. Unless companies commit to making data archives available to all who need such information, they will freeze out many cash-strapped junior researchers and people in developing countries, Hansen says. And commercial data simply aren’t good enough for many types of study, despite the technical advances. No commercial satellite matches the consistency and stability of the data collected by the US government’s Landsat probes, which have monitored Earth since 1972.

Government-funded missions also remain unparalleled in enabling scientists to push frontiers in basic research that may not have immediate applications, says Lorraine Remer, an atmospheric scientist at the University of Maryland in Baltimore. Remer is deputy project scientist for NASA’s planned PACE satellite, and says that she does not know of any instrument aboard a commercial satellite that could produce hyperspectral data to rival those possible with the NASA mission. PACE’s ocean-colour imager will enable researchers to identify specific types of aerosol particle in the air, and plankton types in the ocean.

And governments typically provide the raw data that are used to create images, not just the images themselves, adds Andreas Kääb, a geoscientist at the University of Oslo who uses satellite data to study glacier movement. With commercial providers, “once you ask for raw data, you quickly run into problems”, he says.

But commercial data may become more enticing if government support for Earth monitoring recedes. In the United States, President Donald Trump has proposed axing three NASA missions in 2018 — including PACE — and scaling back a fourth.

“We’re looking at an unpredictable future for Earth-science funding in the US,” Kargieman says. “If we have a capability among the private sector to step in and provide the data that will allow scientists to continue to do research, I think we should do so.”