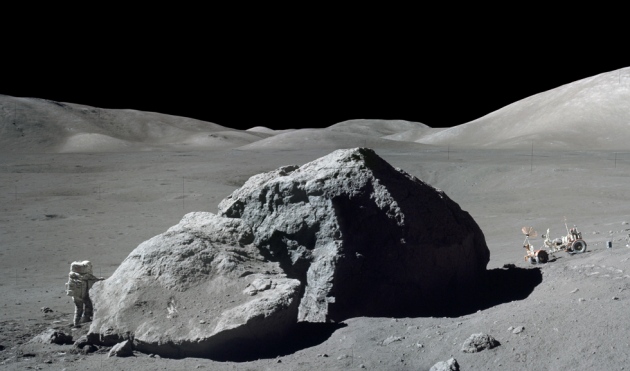 Forty years after Apollo 17, the last mission to send astronauts to the lunar surface, the Moon still beckons the US space agency.

Once again, NASA’s human space-flight programme is looking for a destination. It happened in the early 1970s, after US astronauts had left the Moon for the last time; then in the 1990s, after the collapse of a costly vision of sending astronauts to Mars; and again in 2010, when US President Barack Obama abandoned a plan to return humans to the Moon because he did not consider it ambitious enough. He suggested visiting a near-Earth asteroid instead, but a report released on 5 December by the National Academies says that this plan, too, has misfired.

“There is no broad acceptance of the asteroid as the next principal destination for space flight, despite the fact that the president has indeed said so several times,” says Albert Carnesale, chairman of the committee behind the report and a former chancellor of the University of California, Los Angeles. For its part, NASA — whether through inertia or out of practicality — seems unwilling to shift the focus of its human space-flight efforts away from the Moon.

Part of the tug of war over destinations is political. The administration’s choice of an asteroid is a volte-face from the ‘Moon-first’ doctrine espoused during the presidency of George W. Bush. By many accounts, Obama had not garnered much support for the new policy before springing it on NASA and Congress nearly three years ago. NASA’s administrator, Charles Bolden, has been left to negotiate the rocky ground between a suspicious Congress and an administration that has largely neglected the space agency. Some say that Bolden — who was not the administration’s first choice when he was appointed in 2009 — may face replacement as Obama heads into his second term. “It’s not a happy situation,” says a senior astrophysicist. “Names are being discussed.”

Politics aside, the asteroid proposal remains short on details and long on technical challenges, including the problem of which asteroid to visit. Few asteroids would be close enough in the mid-2020s for a crew to reach them within a year-long round trip, the longest that many experts think practical, and NASA has not yet made a serious effort to priori­tize possible targets. If the administration is serious about a rendezvous with an asteroid, Carnesale says, then “which asteroid do you have in mind, and when?”.

Even if one is selected, some scientists are worried about the hazards of approaching an object that may be no more than a loosely bound pile of rubble — that could also be spinning dangerously fast. And how would astronauts anchor themselves to the potentially friable surface without kicking up dust? asks Stephen Mackwell, director of the Lunar and Planetary Institute in Houston, Texas. “We have problems enough at the Moon with dust.”

Then there is the problem of just getting there. NASA is increasingly concerned about the radiation exposure and bone loss that astronauts might face during a long voyage outside Earth’s protective magnetosphere. “You get a bad solar storm and you’re toast,” says Mackwell.

Meanwhile, Carnesale notes that private companies and other nations are mobilizing to visit the Moon. And NASA itself has not written off the Moon either. On 28 November, William Gerstenmaier, associate administrator for NASA’s human-exploration division, presented plans to test the agency’s next generation of heavy-lift rockets with trips to the vicinity of the Moon in 2017 and 2021. Although those missions could be seen as stepping stones to a later asteroid mission, many lunar scientists view the region as a destination in its own right (see ‘Moonstruck’). 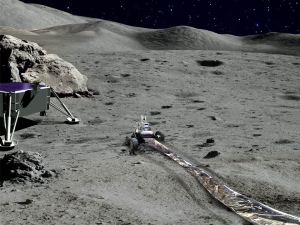 A foil-like antenna could detect radio waves from the distant Universe.

Some 60,000 kilometres beyond the far side of the Moon lies a spot known as ‘L2’, a Lagrangian point at which gravitational forces are balanced, so that a spacecraft could sit there without expending much fuel. The next time US astronauts leave low Earth orbit, L2 might just be their next destination.

On 28 November, William Gerstenmaier, associate administrator for NASA’s human-exploration division, told the NASA Advisory Council that a mission to L2 or another Lagrangian point could be an early test for NASA’s planned crewed rockets. Such locations could serve as staging grounds for other missions, he says: “They’re nice places to put cargo or samples from the Moon or Mars.” Gerstenmaier reckons that an uncrewed mission could get to L2 by 2017, to be followed by a crewed mission in 2021, but he is careful not to specify what activities the astronauts would pursue.

David Kring wants those activities to include lunar science. Kring, a geologist at the Lunar and Planetary Institute in Houston, Texas, has for years been among the chorus of lunar scientists calling for a sample to be retrieved from the vast South Pole–Aitken basin, one of the largest impact craters in the Solar System (see Nature 453, 1160–1163; 2008). Getting a firm date for this far-side adventure would help to set the time for a barrage of asteroids that theorists believe pummelled the inner Solar System about 3.9 billion years ago. Although Kring does not expect funding for a human landing, he thinks that it could be possible for the 2021 mission to fly a small robotic lander carrying a rover capable of collecting samples for later retrieval. Astronauts circling overhead at the L2 point could tele-robotically operate the rover with a joystick — an activity that many think will be necessary practice for any future operations at Mars. “The lunar far side is terra incognita,” says Kring. “We’ve never been there.”

Jack Burns, an astrophysicist at the University of Colorado at Boulder, wants to use the same rover to lay down a thin, foil-like antenna that would receive low-frequency radio waves from the distant Universe. He says that the lunar far side, shielded from Earth noise, is the ideal site for an array of such antennas, which could search for radio signals from the hydrogen atoms that formed soon after the Big Bang. The signals would be similar to the ubiquitous 21-centimetre emission that originates from hydrogen in the Milky Way, but shifted to much longer wavelengths by the expansion of the Universe. Burns would look for a change in the hydrogen signals that would mark the moment the first stars turned on, and indicate how quickly their ultraviolet light ionized the hydrogen that makes up the bulk of intergalactic space today. “We’re reaching into territory that will be difficult, if not impossible, for James Webb,” he says, referring to NASA’s 6.5-metre infrared space telescope, which is scheduled to launch in 2018.

Stephen Mackwell, director of the Lunar and Planetary Institute, says that such ideas show how the Moon is still relevant for scientific inquiry. “I get ticked off when people say, ‘Been there, done that’.”

But Mark Sykes, president of the Planetary Science Institute in Tucson, Arizona, and chair of NASA’s Small Bodies Assessment Group, remains a big fan of asteroids. He notes that human explorers could search for resources such as water. Scientists could seek to understand the subtle pressure of light that causes asteroids to change their spin, and could retrieve samples for dating and chemical analysis that would offer a clearer picture of Solar System material than do meteorites, which, although they are pieces of asteroids, are altered during their fall through Earth’s atmosphere.

But all this could be done more cheaply with a robotic mission, says Sykes. Without a sustained drive towards something bigger — such as a human presence on Mars — even Sykes isn’t terribly excited. “You go to an asteroid, then what?” he says. “If it’s all performance art, that’s not much of a mission.”