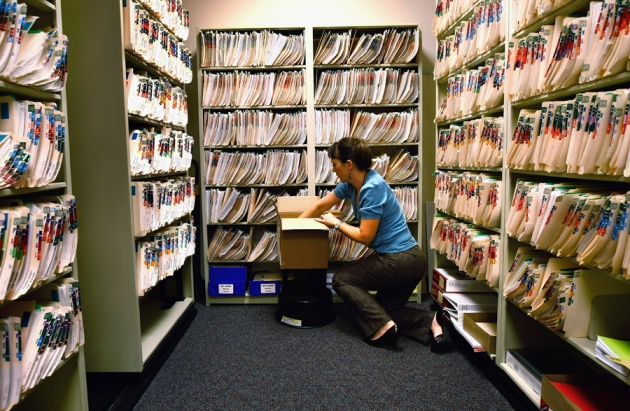 Medical records can provide information about harmful side effects that is not available elsewhere.

A tool that allows US regulators to assess drug safety from the health records of more than 175 million people is set to become an integral part of the nation’s drug-safety surveillance.

On 1 October, a US$116-million pilot that the US Food and Drug Administration (FDA) has been running since 2009 will become a fully fledged initiative to mine the electronic medical data held by insurers and health-care providers for signs that a medicine has harmful side effects. Investigators will also begin to explore ways to use this growing pool of information for research on other issues.

But the project, known as Mini-Sentinel, has faced challenges over who should be allowed to analyse the data and publicize the results. It creates a valuable resource, says epidemiologist Bruce Psaty of the University of Washington in Seattle, but the FDA will need to decide how to weigh up the new data against other types of information. “These are difficult scientific questions,” he says.

The FDA currently monitors drug safety mainly through clinical trials and voluntary reporting of possible side effects. Both approaches have limitations. Although the gold standard, data from randomized clinical trials are expensive to obtain and do not always reflect the conditions under which the drug will be used in daily practice. And voluntary reports might alert the FDA to possible side effects, but they cannot reveal how common the reactions are or provide any firm evidence linking them to the drug.

In 2007, the US Congress became concerned that some approved drugs might be increasing the risk of heart attacks and strokes, and ordered the FDA to add electronic medical data to its drug-safety monitoring arsenal. The result was Mini-Sentinel: a ‘dispersed data’ system involving 18 large health-care organizations. Each organization analyses its own data and reports the results to a team at the Harvard Pilgrim Health Care Institute in Boston, Massachusetts. The Pilgrim team then combines the analyses and sends the pooled result to the FDA. The process is meant to ensure the privacy of patients and to prevent outside researchers from drawing their own conclusions from their data. “It’s really an impressive system,” says Joshua Gagne, an epidemiologist who works on the project at Brigham and Women’s Hospital in Boston. “It’s going to change the way in which FDA looks at drug safety.”

But there are some trade-offs, he adds. Pooled analyses have less statistical power than would be possible if all of the patients were combined into a single massive population. They also require sophisticated methods to allow the integration of analyses from different groups.

Mini-Sentinel’s protocols are likely to serve as models for other projects, such as a $93.5-million database network that is being developed in Washington DC to compare the effectiveness of different treatments using medical records (see Nature 512, 18; 2014).

Scientists are still wrestling with when, and how, to apply the data that Mini-Sentinel unearths to actual drug-safety decisions. The FDA has so far issued five drug-safety updates that were based on Mini-Sentinel analyses. In one case, it used the system to investigate an unusually high number of reports of serious bleeding associated with the anti-clotting drug Pradaxa (dabigatran) after the drug was approved in 2010. Mini-Sentinel’s conclusion was that the drug, made by the German drug company Boehringer Ingelheim, was no more likely to cause bleeding than warfarin, a medicine that has been used for decades.

The FDA announced its finding in an official communication to physicians and consumers, but acknowledged separately that the analysis was preliminary and had not considered potential confounding factors, such as the tendency of doctors to prescribe the newer drug to younger, and thus presumably healthier, patients. The analysis was done before Mini-Sentinel had the tools to support a more sophisticated study, says Mini-Sentinel principal investigator Richard Platt. Those tools are now in place, and the FDA is analysing the data more thoroughly.

Some, however, are not convinced that the tool adds any insight. Cardiologist İlke Sipahi of Acibadem University Medical School in Istanbul, Turkey, for instance, says that his analysis of all available clinical-trial data comparing the two drugs showed a higher risk of bleeding from Pradaxa than from warfarin — a direct contradiction to the Mini-Sentinel analysis. He does not believe that Mini-Sentinel needed to be brought in because the answer was already available in the higher-quality clinical-trial data (İ. Sipahi, S. Celik & N. Tozun JAMA Intern. Med. 174,150–151; 2014).

And David Madigan of Columbia University in New York has different concerns. He faults the FDA for issuing an official communication on the Pradaxa results to physicians and consumers — in effect, he says, sending a premature all-clear signal. “I have no idea whether that drug is dangerous or not,” he says. “But I sure as hell know that particular analysis didn’t shed any light on the question.”