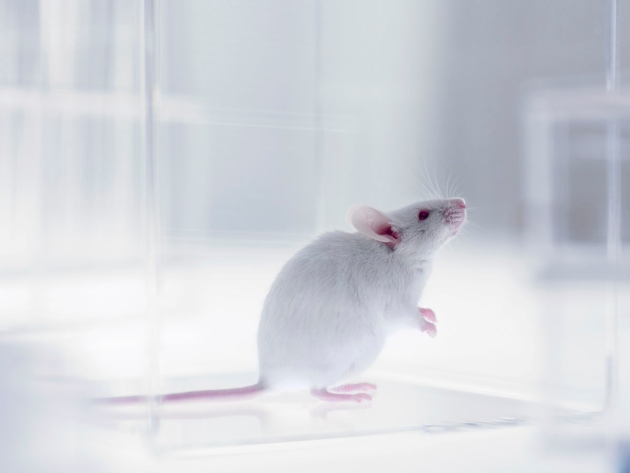 Traumatic experiences leave a signature in the brain that is hard to erase. Painflul memories of war or child abuse are recorded in DNA as chemical marks in the genome, which makes conditions such as post-traumatic stress disorder (PTSD) difficult to treat with behavioural approaches.

Now, researchers report1 that in mice, clearing these epigenetic markers with a drug can dramatically improve the effectiveness of a common behavioural treatment for PTSD, allowing the brain to dissociate a specific memory from the emotion associated with it.

In people with PTSD or other anxiety disorders, the pain associated with a specific memory fails to subside over time, as it usually would. “Every day they’re reliving it,” says Li-Huei Tsai, a neuroscientist at the Massachusetts Institute of Technology in Cambridge, and a co-author of the study. Exposure to the memory through photos or virtual reality simulations of the traumatic event in a safe environment — part of a technique known as extinction therapy — can help to dull the pain, but people with severe PTSD tend to relapse.

To simulate the disorder, Tsai and her colleagues delivered electrical shocks to the feet of mice while playing a loud sound. When the mice had learned to associate the sound with the painful stimulus, they would freeze whenever they heard it, even if they did not receive another shock. A day after the fear-conditioning, the researchers repeatedly played the sound in a safe environment, and made the mice forget the fearful association. But when the extinction therapy was started a month after the fear-conditioning, it did not work — in part because the bad memory had become epigenetically engrained.

In rodents, Tsai says, it seems to take about a week for a memory to be permanently written into the epigenome. But her work suggests that a class of drugs called histone deacetylase inhibitors (HDACis), which clear epigenetic marks from DNA, can lengthen that window.

When researchers gave the mice an HDACi before they began the extinction therapy, the drug seemed to 'prime' the epigenome, creating a brief period in which memories could be reconsolidated, or modified. The HDACi alone had no effect on the mice’s memories, but just one dose combined with extinction therapy made the mice stop freezing when they heard the traumatic sound.

Tsai says that it may be some time before this approach could be applied to humans with PTSD. HDACis are approved for use in humans as cancer drugs, and it seems that only a short exposure to an HDACi should be sufficient for PTSD treatment. But it is not yet clear how specific the memory modification would be or how the broad the effects are on the brain. HDACis seem to prime the brain’s epigenome for any sort of modification, says Tsai, which suggests that the stimulus used to extinguish a memory may need to be specific to the original trauma. Previous work2 from her lab has shown that similar drugs can help to enhance memory in mouse models of Alzheimer's disease.

Tsai and her team are now trying to find out which specific genes are affected by the fear memory, and to understand how these genes act in the brain’s hippocampus, which stores memories, and its cortex, which assigns meaning to them.

“I think this is very exciting,” says neuroscientist Marie Monfils, of the University of Texas at Austin. Monfils' work3 has shown that briefly re-exposing an animal to the a sound associated with a painful memory just once before extinction therapy begins also enhances the treatment. She adds that other studies have demonstrated that humans also reconsolidate memories. “The more treatment avenues clinicians have at their disposition, the better equipped they will be to help a broader range of people.”

This story originally quoted Marie Monfils as saying that there was evidence that reconsolidation occurs in humans in the same way as it does in rodents. She did not draw any parallel with rodents, saying only that there is evidence for reconsolidation in humans. The text has now been corrected.