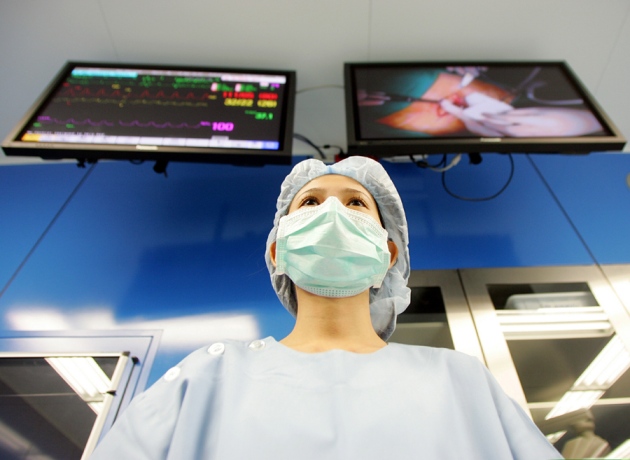 Many companies around the world offer stem-cell treatments to patients with heart disease.

An analysis of clinical studies that use adult stem cells to treat heart disease has raised questions about the value of a therapy that many consider inappropriately hyped.

Early-phase clinical trials have reported that adult stem cells are effective in treating heart attack and heart failure, and many companies are moving quickly to tap into this potentially lucrative market. But a comprehensive study that looked at discrepancies in trials investigating treatments that use patients’ own stem cells, published this week in the journal BMJ (ref. 1), finds that only trials containing flaws, such as design or reporting errors, showed positive outcomes. Error-free trials showed no benefit at all.

The publication comes as two major clinical trials designed to conclusively test the treatment’s efficacy are recruiting thousands of patients.

The BMJ paper “is concerning because the therapeutic approach is already being commercialized”, argues stem-cell researcher Paolo Bianco at the Sapienza University of Rome. “Premature trials can create unrealistic hopes for patients, and divert resources from the necessary basic studies we need to design more appropriate treatments.”

Therapies that use adult stem cells typically involve collecting mesenchymal stem cells from bone marrow taken from the patient’s hip bone. The cells are then injected back into the patient, to help repair damaged tissue. Original claims that they differentiated into replacement cells have been rejected2, and many clinicians now believe that the cells act by releasing molecules that cause inflammation, with an attendant growth of oxygen-delivering small blood vessels, in the damaged tissue.

The approach has spawned international commercialization of various forms of the therapy, with companies offering treatments for disorders ranging from Parkinson’s disease to heart failure. But the effectiveness of such therapies remains unproven.

“I have a lot of hope for regenerative medicine, but our results make me fearful.”

The BMJ study, led by cardiologist Darrel Francis at Imperial College London, examined 133 reports of 49 randomized clinical trials published up to April last year, involving the treatment of patients who had had a heart attack or heart failure. It included all accessible randomized studies, and looked for discrepancies in design, methodology and reporting of results.

Francis’s team identified more than 600 discrepancies, including contradictory claims for how patients were randomized, conflicting data in figures and tables, and statistically impossible results. They also found papers listing the same patients as male and female, and patients reported as having died, yet apparently going on to attend tests and report symptoms. The study did not suggest that any error found necessarily affected a trial’s conclusions.

A note-in-proof in the paper points out that four of the papers analysed related to influential trials conducted between 2005 and 2010 by cardiologist Bodo-Eckehard Strauer, who is now retired. His work is currently under investigation by public prosecutors after his former employer, the University of Düsseldorf in Germany, found evidence of scientific misconduct.

The note also refers to a trial called SCIPIO involving a different source of stem cells — purported to be specialized cardiac stem cells developed from the patient’s aorta — that was recently called into question. Published in The Lancet in 2011 and led by Piero Anversa of Harvard University in Cambridge, Massachusetts, SCIPIO showed encouraging results in the use of these cells in patients with heart failure3. But Harvard University is now investigating the integrity of some of the data, and The Lancet published an unspecified ‘Expression of concern’ about the paper on 12 April.

The BMJ study comes as two major international phase III clinical trials, which are designed to conclusively test efficacy, have begun recruiting patients. Cardio3 BioSciences, based in Mont-Saint-Guibert, Belgium, is recruiting 480 patients with heart failure in parallel trials of its ‘C-CURE’ stem-cell therapy — a preparation of specially treated stem cells that are allegedly capable of developing into heart cells. And the European Commission is sponsoring a Europe-wide €5.9-million (US$8.2-million) trial, called BAMI, which tests patient-derived stem cells prepared according to a standardized protocol. It is recruiting 3,000 patients who have recently had a heart attack. The principal investigators of both studies say that the treatment has been shown to be safe and may be effective.

However, questions have been raised over an earlier trial of C-CURE. Last June, three months after Francis’s study closed, the Journal of the American College of Cardiology (JACC) published an early-phase trial of C-CURE, which found “signs of benefit in chronic heart failure”4. Francis’s team analysed it separately and identified dozens of discrepancies similar to those found in the BMJ study. He sent details to JACC, but claims that the paper’s authors did not answer some of his more important concerns: for example, about an apparent change in the study’s ‘primary endpoint’, a trial’s main target, and an apparent inconsistency between patient data and the summary of the results.

Co-author Andre Terzic, a cardiologist at the Mayo Clinic in Rochester, Minnesota, denies that Francis’s concerns were not addressed and stresses that his group’s findings were peer-reviewed. He adds that the decision to drop the initial endpoint — to measure heart-beat strength by monitoring the movement of radio­active tracers through the heart — was made on the advice of the study’s steering committee, which said that such efficacy need be assessed only in a phase III trial. The planned phase III trial has now been authorized by the US Food and Drug Administration and the European Medicines Agency, Terzic says.

Another co-author of the JACC paper, William Wijns of the Cardiovascular Centre Aalst in Belgium, who is a member of the Cardio3 BioSciences board, told Nature that he is “confident in the science supporting the technology and in the C-CURE clinical trial data”. A few weeks after the JACC publication, Cardio3 BioSciences announced that it had raised €23 million for a phase III trial in a share offering.

BAMI principal investigator Anthony Mathur, of Queen Mary University of London, says that he wants to clarify definitively if there is hope for the treatment. He adds that the trial was built on “a clear signal of efficacy” in some early-phase trials using a standardized protocol that is publicly available.

Christine Mummery, a cardiac-stem-cell researcher at Leiden University Medical Centre in the Netherlands, says that injecting bone-marrow cells causes inflammation and the development of small blood vessels that  might limit immediate damage during a subsequent heart attack. “But it is not clear this helps long-term recovery of the heart, and it does not provide a mechanism for improvement in heart failure,” she adds.

Even without solid published evidence of efficacy, many companies are offering various commercial mesenchymal-stem-cell therapies to patients with heart disease. For example, the Okyanos Heart Institute in Freeport, the Bahamas, uses mesenchymal stem cells derived from a patient’s fat tissue. Howard Walpole, its chief medical officer, was unavailable for comment, but writes on the company’s website: “We strongly believe in the science and results we have seen with adult stem cell therapy for coronary artery disease.” He adds that many heart patients “do not have the luxury of waiting many years for exhaustive research to be completed”.

CardioCell, based in San Diego, California, uses its own standardized proprietary preparation of mesenchymal stem cells rather than a patient’s own cells. The company’s president and co-founder, Sergey Sikora, says the preparation is based on a method in which the stem cells are kept in low oxygen to hone their ability to stimulate the growth of new blood vessels. CardioCell has also licensed the technology to a company called Altaco in Astana, Kazakhstan. Sikora says that CardioCell is currently not offering therapy outside its own early-phase trials in heart attack and a type of heart failure in the United States, but Altaco has begun a phase III trial for heart attack.

Francis would like to see more evidence that the treatments work before they are exploited. “I have a lot of hope for regenerative medicine, but our results make me fearful,” he says. “When the inevitable clinical advantages come, they may be ignored because these 15 years of unreliable data may have damaged credibility.”

The low-oxygen method for preparing mesenchymal stem cells mentioned in this story was attributed to a Moscow research institute. In fact, the Moscow institute developed the experimental concept, but the low-oxygen refinement was developed in the United States. Mention of the institute has therefore been removed.