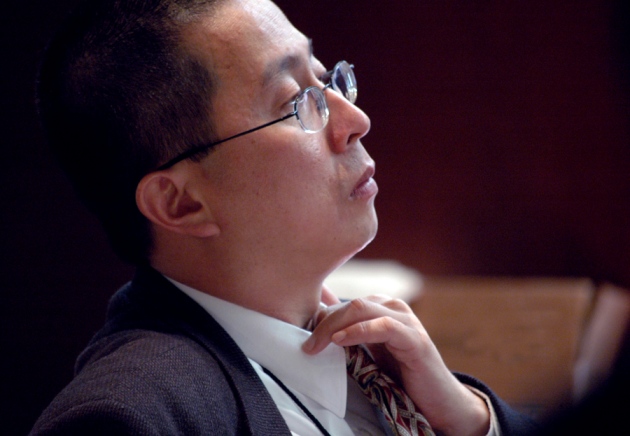 The Harvard-Smithsonian Center for Astrophysics (CfA) has launched an inquiry into one of its researchers, solar physicist and global-warming sceptic Willie Soon, after the release of documents that detail research funds he and the institution received from the energy industry and a conservative foundation.

Obtained by Greenpeace through a Freedom of Information Act request and released by an affiliated group, the documents include research contracts and describe specific commitments that Soon and the CfA, based in Cambridge, Massachusetts, made to corporate funders. CfA officials say that they are now investigating whether Soon properly reported the funding — he has received more than US$1.5 million in private funding since 2001 — to journals that have published his research.

The institution has no explicit policy requiring its researchers to disclose funding sources when they publish, says CfA director Charles Alcock, but they are expected to comply with journal rules, which typically require that authors report potential conflicts of interest.

“We want to get the facts straight,” says Alcock. “If there is evidence of failure to disclose, yes, we have a problem.”

Soon did not respond to multiple phone calls and e-mails from Nature.

The scientist has published numerous papers that go against mainstream climate science. Most famously, in 2003, Soon co-authored a paper in the journal Climate Research1 that questioned the standard interpretation of climate change over the past millennium and argued that recent warming is not unusual by historical standards. Subsequent controversy led to the resignation of several of the journal’s editors. In that case, the controversy revolved around scientific issues, not disclosure of funding sources.

The current documents were released by the Climate Investigations Center in Alexandria, Virginia, a non-profit organization founded in 2014 to monitor opposition to mainstream climate science. Kert Davies, its executive director, says that he received the current documents from the CfA last year after filing a series of requests under the US Freedom of Information Act while he still worked for Greenpeace. Davies says that the documents characterize Soon’s relationship with his funders, and interprets that relationship as Soon “basically offering himself up as a spokesperson on climate denial”.

The documents also illuminate the CfA’s role in the funding arrangements: in a contract signed in 2008 with Southern Company, a utility in Atlanta, Georgia, the CfA agreed to notify the company before disclosing it as the source of the funding. Alcock calls that “a mistake” and says that the CfA “would not do that again”.

Southern Company officials declined to be interviewed, but a spokeswoman provided a statement indicating that the company funds “a broad range of research on a number of topics that have potentially significant public policy implications for our business”.

Robert Brulle, a sociologist at Drexel University in Philadelphia, says that many researchers accept money from industry, and that doesn’t negate the science that they pursue. “But people need to know who is funding and who is supporting your research. This goes to the core integrity of the scientific process,” he says.

The contracts, which date back to 2008, specify ‘deliverables’ — usually published papers, conference presentations or other research outputs — to funders, including Southern and a conservative non-profit organization called DonorsTrust, in Alexandria, Virginia.

For instance, in annual documents reporting on deliverables that he submitted to Southern Company, which has provided Soon with some $409,000 since 2006, Soon lists papers that he published in peer-reviewed journals. Rules for reporting on conflicts of interest vary by journal, and such conflicts are not always included in the actual publications. In at least two cases2, 3 where Soon’s co-authors acknowledged some funding sources, Soon did not disclose having received any funding from the energy industry.

Davies drew attention to Soon’s funding disclosures last month after Soon and three colleagues published a paper in the Chinese journal Science Bulletin4 that presented results from a simple climate model to argue that burning all recoverable fossil fuel reserves would result in little more than 2.2 °C warming. By comparison, models assessed by the United Nations Intergovernmental Panel on Climate Change project, on average, around 4 °C of warming with unabated fossil fuel use by 2100, and further warming beyond that time. The paper was appended with the statement: “The authors declare that they have no conflict of interest.” Davies wrote to the journal insisting that Soon’s past funding sources constitute a conflict of interest that should have been reported.

Science Bulletin’s conflict-of-interest policy states that authors must disclose “all relationships or interests that could influence or bias the work,” including “professional interests or personal beliefs that may influence your research.” The policy also gives a series of example disclosures. The first reads: “Author A has received research grants from Company A.”

Lead author Christopher Monckton, a British viscount and former journalist who now serves as chief adviser to the Science and Public Policy Institute, a Virginia-based climate-advocacy group that disputes human-caused global warming, contends that there was no conflict on the Science Bulletin paper and that all of the authors, including Soon, completed the work on their own time. In an e-mail to Nature, he rejected the allegations by Davies as “manifestly untruthful and malevolent”.

Davies says that Greenpeace has requested Soon’s annual reports to Southern Company for 2013 and 2014 to determine whether either of them lists the paper in Science Bulletin as a ‘deliverable’.