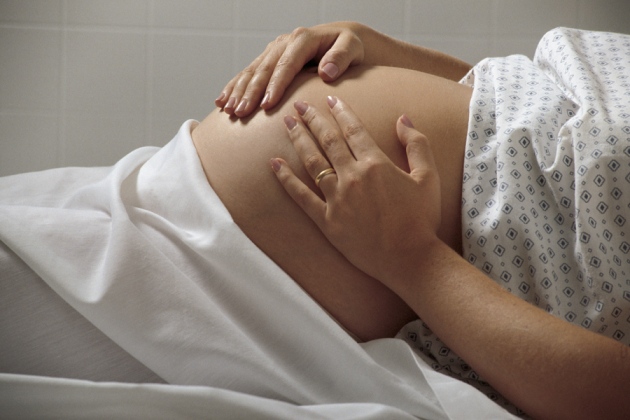 A study in mice and rats suggests that an imbalance in chloride ions during a child's development in the womb could be a factor for autism.

Children with autism typically begin showing obvious symptoms, such as trouble making eye contact and slow language development, a year or more after birth. A study in mice and rats now hints that prenatal drug treatment could head off  these problems.

The findings, reported today in Science1, do not suggest that autism spectrum disorders can be prevented in children. But researchers not involved in the study say that they add support to a controversial clinical trial suggesting that some children with autism benefited from taking a common diuretic medication called bumetanide2.

In that trial, a team led by neuroscientist Yehezkel Ben-Ari at the Mediterranean Institute of Neurobiology in Marseille gave 60 children bumetanide or a placebo daily for three months. Children who had less severe forms of autism showed mild improvements in social behaviour after taking the drug, and almost no adverse side effects were observed (see 'Diuretic drug improves symptoms of autism').

But autism researchers greeted the results with caution. Many pointed out that the study did not provide a clear biological mechanism that could explain how the drug improved the symptoms of the disorder.

The latest study is an attempt to answer such criticisms by identifying a role for the neurotransmitter GABA. Studies in humans and animals have suggested that GABA, which in healthy people typically inhibits the activity in neurons, is altered in autism and instead activates some brain cells. Ben-Ari’s team hypothesized that the system malfunctions at around the time of birth, when GABA-releasing neurons in the developing brain switch from activating neurons to inhibiting them. A drop in the concentration of chloride ions in neurons makes this switch. Thus, bumetanide, which reduces the levels of chloride in cells, might restore inhibitory GABA function and improve autism symptoms.

To make a stronger case for that hypothesis, Ben-Ari’s team turned to two animal models of autism: mice with a mutation that in children causes fragile-X syndrome (a form of autism) and rats exposed to an anticonvulsant drug while in the womb.  The researchers discovered that, in both models, neurons in a brain area called the hippocampus remained excitatory after birth in response to GABA and contained higher levels of chloride than those in normal rodents.

These problems, however, were reversed when the rodent mothers were given bumetanide one day before giving birth. Their pups also displayed fewer autistic-like behaviours: for example, both rats and mice produced vocalizations more typical of normal rodents. The offspring “have more GABA, low chloride, they have fewer behavioural problems”, says Ben-Ari. The paper did not clarify whether the benefits lasted throughout the animals' lives.

Elizabeth Berry-Kravis, a paediatric neurologist at Rush University Medical Center in Chicago, Illinois, says that the latest study indirectly supports the results of the bumetanide clinical trial. But she says that the findings should be viewed with caution because of developmental differences between humans and rodents. For example, mice and rats are born at a more advanced stage of development than humans.

“This paper is not telling us ‘okay, we’ve got the treatment for autism’,” she says. “Until we roll out a big trial in humans we aren’t going to know whether it’s possible to treat humans later on, when they have a diagnosis.”

A multi-centre clinical trial is now under way in Europe to test bumetanide in children with autism. Ben-Ari is the chief executive of Marseille-based Neurochlore, a company developing treatments for autism, which is funding those trials.

But Andrew Zimmerman, a paediatric neurologist at the University of Massachusetts Medical School in Worcester and co-author of a commentary accompanying the paper3, says that better ways are needed of identifying children who may go on to develop autism before even thinking about trying to prevent the disorder. Marker molecules in amniotic fluid or non-invasive brain imaging have the potential to reveal early signs of autism, he says. “I just hope that people will work first on biomarkers to detect who’s at risk.”