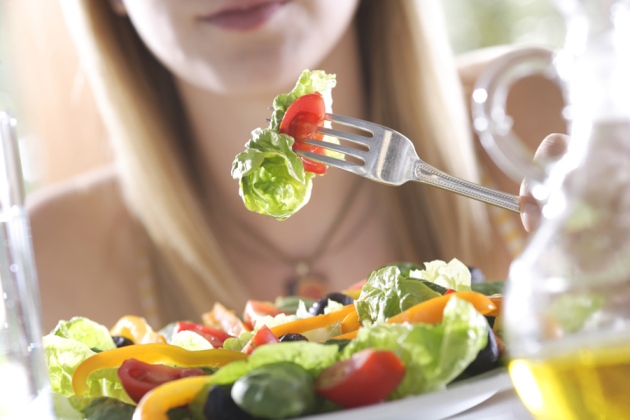 Surveys of people's eating habits have suggested a link between fibre intake and weight loss, but exactly how fibre helps to regulate weight has been unclear.

A study of mouse metabolism suggests that a product of fibre fermentation may be directly affecting the hypothalamus, a region of the brain involved in regulating appetite.

People have long been told that a diet high in fibre can help to fight obesity, but how it does so has been unclear. “There has been lots of epidemiological information showing a relationship between fibre and obesity, but no one has been able to connect the epidemiological results with actual mechanisms,” says Jimmy Bell, a biochemist at Imperial College London who worked on the research, published today in Nature Communications1.

Until now, a high-fibre diet was thought to help keep weight down by stimulating the release of appetite-suppressing hormones in the gut2, says Bell, but humans do not seem to show the same increase in these hormones that mice do.

So Bell and his colleagues decided to look elsewhere. An obvious candidate, they thought, might be one of the products of fibre fermentation in the gut. In particular they focused on the short-chain fatty acid acetate, because it is the most abundant and is known to circulate throughout the bloodstream.

They fed mice fibre labelled with carbon-13, which has an additional neutron from the more common carbon-12 that gives its nuclei a magnetic spin and therefore makes it easy to track as it progresses through the body's chemical reactions. The fibre was fermented as usual into acetate, which turned up not only in the gut, but also in the hypothalamus, a part of the brain known to be involved in regulating appetite. There, the researchers found, it was metabolized through the glutamine-glutamate cycle, which is involved in controlling the release of neurotransmitters associated with appetite control. The same model has been proposed for acetate metabolism after drinking alcohol.

William Colmers, an electrophysiologist who studies the effect of neurotransmitters in the hypothalamus at the University of Alberta in Edmonton, Canada, says he thinks that the experimental work is solid, but worries that the results have been over-interpreted. “Much of it is extremely speculative,” he says. For one thing, the dietary fibre levels were around 11%. At that level, “the room would be full of mouse farts”, he says, so the animals may simply have been eating less because they were uncomfortable.

Although the work was done in mice, Bell says that he sees “no reason” why the same mechanism shouldn’t be at work in humans. “Acetate is known to be metabolized in the human brain, and we have the right microbiota in our gut for the fermentation of fibre,” he says.

Bell and his colleagues are preparing to test their ideas in people. The question, however, is how much fibre do you have to eat? Most people's diet contains between 10 and 20 grams of fibre a day, and it can be difficult to increase this amount substantially. So Bell and his colleagues are working with companies that are looking into enriching fibre with acetate to boost the digestive system, and into ways of encasing acetate in nanoparticles so that it releases slowly throughout the day to help control appetite. “It’s sort of a way of having your cake, and not eating it,” says Bell.