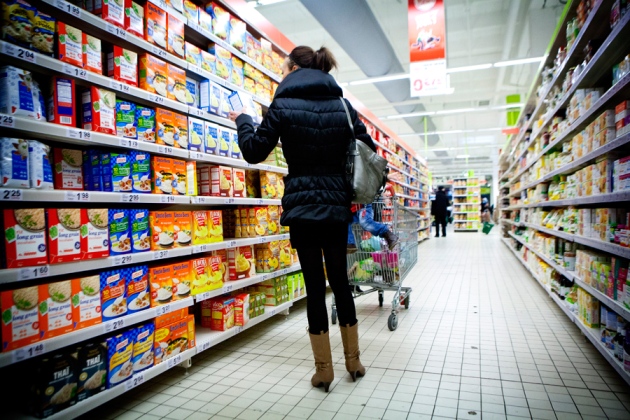 Challenge people to remember what they ate the day before, and many will draw a blank. That failing means that much of the data on personal eating habits — which form the basis of many national dietary guidelines — are unreliable and misleading, according to a report1 in Mayo Clinic Proceedings that drew attention on social media. The authors argue that the widely used survey method of asking people to recall their food and drink intake is so inaccurate that any conclusions based on such data should be called into question.

The critique drew strong responses. Dylan MacKay, a human-nutrition researcher at the University of Manitoba in Winnipeg, Canada, tweeted: 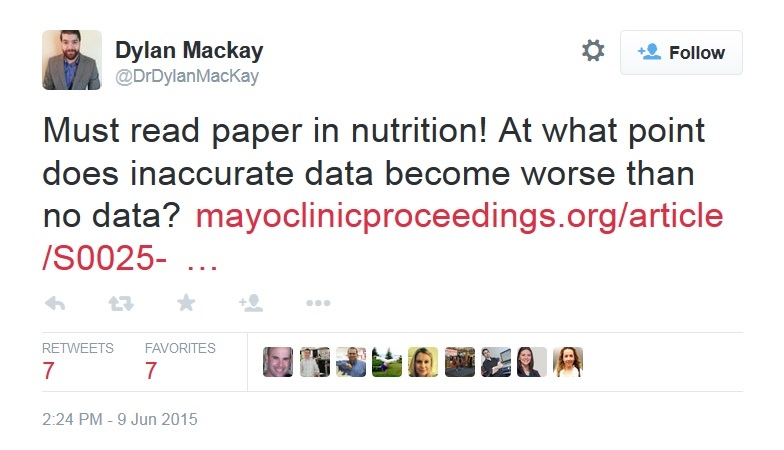 But Brenda Davy, a clinical nutritionist at Virginia Polytechnic Institute and State University in Blacksburg, writes in an editorial accompanying the paper that although self-reports are imperfect, they have helped to uncover important nutritional knowledge such as the link between fat intake and heart disease.

The report, by obesity researcher Edward Archer at the University of Alabama in Birmingham and his colleagues, comes at a time when the issue of data reliability is once again in the spotlight. A PLoS Biology paper2 published on the same day also sparked much discussion online, estimating that the United States spends US$28 billion a year on research that is not reproducible (see Nature http://doi.org/477; 2015).

The report by Archer and co-workers goes further, saying that continued funding for nutrition studies based on self-reported dietary data “constitutes an unscientific and major misuse of research resources” because people often misremember or deliberately misrepresent their diets. They cite a 2013 PLoS ONE study3 by Archer and two other colleagues, which looked at the prestigious US National Health and Examination Survey (NHANES) and suggested that 67.3% of women and 58.7% of men reported calorie intakes that were so high or low that they were physiologically implausible. The NHANES data were used by the 2015 Dietary Guidelines Advisory Committee in its scientific report to the US government. Archer said in an interview: “Anecdotal dietary data have no place in the scientific literature.”

In the accompanying editorial4 in Mayo Clinic Proceedings, Davy and her co-author Paul Estabrooks, also at Virginia Tech, defend the use of such data, saying that many survey-based studies have found a dose-response relationship between dietary factors and health outcomes. For example, studies have shown that people who report drinking large amounts of sugary drinks are more likely to gain weight — evidence that dietary reports do have some validity, Davy said in an interview.

Davy adds that nutrition researchers often lack alternative methods. Long-term randomized controlled trials are often impossible in nutritional studies because it is difficult to control what people eat over long periods of time, she says. In the editorial, Davy and Estabrooks write that surveys can be substantially improved by putting well-designed protocols in the hands of well-trained research personnel.

Yoni Freedhoff, medical director of the Bariatric Medical Institute at the University of Ottawa, Canada, wrote on his Weighty Matters blog that most of us are “nearly useless at memory-based dietary assessments”. Reached for comment, he says that he still holds out hope for better data collection in the future, perhaps involving wearable electronic devices that track food intake. These could “help quiet a tiny bit of the cacophony and nonsense regarding diet and health”, he adds.