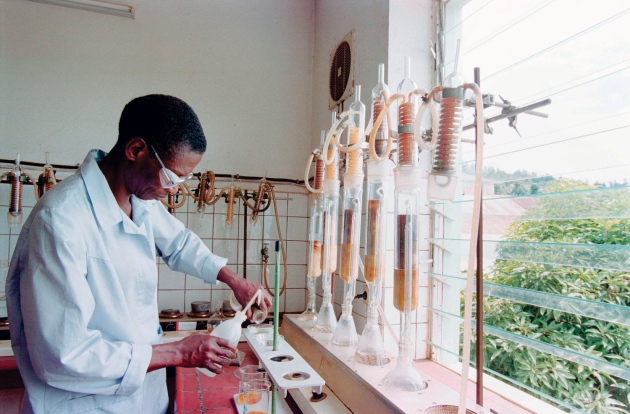 A researcher works in a malaria-drug laboratory in the Democratic Republic of Congo.

Health research in Africa operates across vast economic and political inequalities. These shape collaborating scientists' work and lives, running counter to ideals of equal partnerships. Most scientific staff from 'the south' (as current euphemism circumscribes impoverished countries in sub-Saharan Africa) are employed by local institutions or on fixed-term contracts. Although these researchers have advantages over non-collaborating local colleagues, they have lower salaries than their northern counterparts and smaller allowances for health, housing, retirement or their children's education. Yet when expatriate and local scientific workers depart after the workday for opposite sides of town, which might retain overtones of class and colonial differences, such inequalities go without mention.

This is a problem. Unacknowledged inequalities cause misunderstandings and irritation. Consider young African researchers at an international conference, sleeping and eating outside the five-star venue and missing informal scientific exchanges to save their allowances. To naive colleagues they might seem uncommitted. Or consider a southern principal investigator hired to run part of a multisite trial, who must cover the substantial security, housing and school bills of expatriate colleagues within a limited local budget. As ethnographies of transnational research show, this is not simply the trope of exploited southern scientists and dominating northern ones; it is the reality of global health science1, 2.

We use the term 'unknowing' for the tendency to avoid straightforward talk about obvious inequalities3. Unknowing can be about participants' poverty or malfunctioning public health facilities, or be between scientific staff. Discourse is rarely silenced overtly — although speech about inequality is often limited to private chats between peers. Euphemisms — including 'partnership', 'south' and 'north' — deflect attention from material realities. So do practical arrangements: discussing or comparing salaries openly would reveal the systemic challenge of addressing radically different pay rates, so researchers instead negotiate individually for 'reimbursement' or 'per diems' for field days. 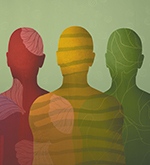 The subject is raw. Calling out inequality reveals our limited ability to do the right thing. Northern colleagues in particular sometimes feel that such talk is unfair. As progressive researchers working to improve others' lives, they resent comparisons, even unintended, with exploitative colonialists4.

Divergent interests and needs, if ignored, find destructive outlets — such as workplace talk of racism or colonialism, or conflicts fought under the guise of ethical review procedures or even outright legal battles. In short, unexpressed 'us and them' thinking erodes research quality. Frank discussion about money, opportunity and leadership is not, as it sometimes is denigrated, just 'politics'. It is essential.

It's good to talk

That said, articulating inequalities between unequal parties is difficult. Such conversations may be launched by those who seek redress, but it should also be initiated by leaders or with the aid of social scientists.

This year, we presented fictional cases about everyday research ethics and inequality in a number of sites in east Africa and in European collaborating institutions (see africanbiosciences.wordpress.com). Most participants — especially local collaborators — appreciated the chance to acknowledge inequalities publicly. One presentation initiated the first open discussion about external research in a hospital that had collaborated with a European partner for decades; it yielded suggestions for improved communication and requests for specific diagnostic resources. Even after inconclusive arguments or intense conflicts about the 'realism' of managers and 'radical' demands by junior staff, participants remarked how good it was to talk.

Collaboration under conditions of inequality is not comfortable. Talking about these realities can foster shared goals, more-equal relationships and better science.