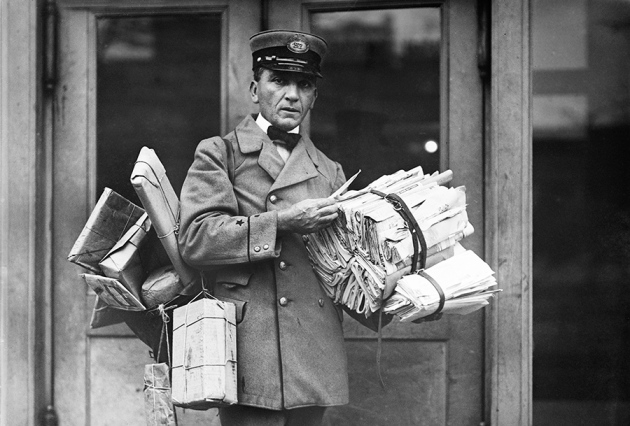 Overflowing inboxes: what spam mail looked like in the 20th century.

Andrew Grey is an eminent professor, held in high esteem. He knows this because — like many academics — he receives scores of messages a month that tell him so. They are spam e-mails, requesting his presence at conferences or his contributions to journals.

A medical doctor and bone researcher at the University of Auckland in New Zealand, Grey has charted his experiences trying to stop spam in an article titled  ‘We read spam a lot: prospective cohort study of unsolicited and unwanted academic invitations’, published on 14 December in the BMJ’s annual light-hearted Christmas issue1. 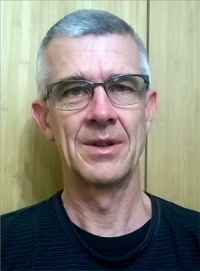 Grey's research team collected all the academic spam they received between February and April 2014, which averaged 2.1 per day for each team member. In May 2014 they trialled an intervention: unsubscribing from the spam mailing lists. Attempting to unsubscribe reduced spam by 39% after one month. But a year later, spam was only 19% down on 2014 levels, the team say.

Nature corresponded with Grey about his findings. Here is an edited version of that exchange.

If you had to summarize your findings in the style of a spam e-mail, what would you say?

Dear Collegial Honourable Professors,
Greetings for the day!!!!!!
We implore your esteemed science attention to our Academic Spam Study (ASS) that brings shared enlightenment of rather annoying invitation emails to write excellent prestigious research papers or attend utmost international conferences of interdisciplinary excellence. Many relentless invitation emails are received every day by iconic research members who cannot stop them even though they are very esteemed research professors. Most invitation emails are greatly not relevant to research field of receiver researcher. Sometimes, same email invitations are sent many times!!! We detect amusing words often sometimes in email invitations.

Your team received 312 spam invitations per month, which dropped to 253 per month a year after your unsubscribing spree. Was this reduction worth the effort?

Your team also found 83% of spam had ‘little or no relevance’ to your research interests. Does this mean 17% was relevant?

Relevant in the sense of having some connection with our academic interests. The proportion of invitations that was useful was 0%.

"We were impressed by the great enthusiasm of the invitations, featuring up to six exclamation marks! Flattery and inventive turns of phrase were prominent," say the authors.

Friendly and exuberant
“Let your wisdom enkindle others”
“Looking forward for an everlasting scientific relationship!”
“The purpose of this letter is to solicit your gracious presence as a speaker . . .”

Aspirational and dedicated
“Aspire to clear all the barriers in dissemination of information and knowledge around the world”
“We aim to enlighten the lamp of information across the sphere especially in the areas of science and technologies”
“Our dedicated proofreaders, cheerfully labor on your manuscripts in a speedy way, with high quality standards on the back of their minds and offer you very appropriate content improvisation wherever required”

Do you have a particular favourite piece of spam you’ve received?

What is your take-home message for scientists plagued by spam? Should they fight it, or just give up?

Get familiar with the delete button. Or threaten the sender with anti-spam legislation. [In 2016 Canadian researchers reported some success with this approach2.]

Conversely, what is your advice to those sending the spam? How can they better serve the scientific community?

Go away. By disappearing. Academia could help itself by removing some of its perverse incentives to publish come what may, and publish in large quantities.

In the absence of spam, how should researchers judge the esteem in which they’re held?

Judging one's own esteem is not advisable.

Your paper mentions a possible First Annual International Symposium on Academic Spam. How is planning for ‘Spam-2017’ going? Can the community expect an e-mail invitation shortly?

Unfortunately, plans are delayed because we can't agree on the wording of the invitation!!!!!!