In the hunt for drugs that target diseases in the developing world, ‘open innovation’ is creating a buzz. Pharmaceutical companies are making entire libraries of chemical compounds publicly available, allowing researchers to rifle through them for promising drug candidates.

The latest push for open innovation, unveiled last month as part of a World Health Organization road map to control neglected tropical diseases, will see 11 companies sharing their intellectual property to give researchers around the world a head start on investigating drug leads (see 'Road map unveiled to tackle neglected diseases'). It makes for good press, and investors are not worried about giving away potentially blockbuster drugs because the diseases in question are not commercial priorities. 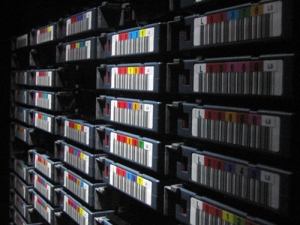 Researchers are scouring libraries of chemical compounds from pharmaceutical companies in the search for new drugs against tropical diseases.

But is it good science? The answer, from the first large-scale initative of this kind, is a cautious 'yes'.

Two years ago, GlaxoSmithKline (GSK) announced that it would release details of about 13,500 molecules that had already been shown to inhibit the malaria-causing Plasmodium falciparum parasite to some degree (see 'GlaxoSmithKline goes public with malaria data'). The molecular structures were published in May 2010, along with similar data from Novartis, based in Basel, Switzerland, and the St Jude Children’s Research Hospital in Memphis, Tennessee1, 2.

Researchers were encouraged to test the combined library of more than 20,000 compounds to pinpoint potential drugs, and then find out how they work so that the molecules could be tweaked to enhance their activity. GSK established an in-house team to study the compounds at its Tres Cantos Medicines Development Campus in Spain, where scientists work on malaria and tuberculosis in collaboration with non-profit organizations and academic researchers.

R. Kiplin Guy, a medicinal chemist and head of the St Jude's team working on the compounds, says that the effort has stimulated research. For example, the Tres Cantos researchers have already published 47 potential drug structures suitable for further optimization3.

Data from the library have also helped to improve researchers' understanding of the fundamental biology of malaria, which should underpin wider efforts to fight the disease, he adds.

Christian Doerig, a microbiologist at Monash University in Melbourne, Australia, heads a group that has been screening the GSK compounds to see whether they inhibit any kinase enzymes from P. falciparum. Starting with pre-screened compounds “removes a serious bottleneck”, he says. Doerig’s team have already identified4 36 kinases that are essential for the parasite's reproductive stage in red blood cells, and are likely to be excellent drug targets.

And last October, researchers unveiled a completely new class of antimalarial compounds based on the GSK library, called cyclopropyl carboxamides5. Unfortunately, resistance to these compounds seems to arise very quickly, and work on them is now on hold.

It is still far from clear how many of the molecules are likely to be viable drugs, however, and some researchers worry that failures could have been weeded out before the data were released.

Sean Ekins is a former drug-industry scientist who now works at Collaborative Drug Discovery, a company based in Burlingame, California, that produces software for drug discovery. He has analysed6, 7 the GSK data set with a series of computational ‘filters’ used by drug companies to attempt to screen out undesirable traits in molecules, such as chemical structures that can give false positives on assays. As expected, nearly all 13,500 compounds passed the filters used by GSK, but 57% fell foul of those used by Pfizer, which is based in New York; 76% would not get past filters from Abbott Laboratories of North Chicago, Illinois. “That is a concern,” says Ekins, because researchers may be pursing ‘red herring’ compounds that cannot be turned into drugs.

Guy counters that the data were deliberately released with only light filtering, because many of the compounds that would not make useful drugs can still provide insights into the biology of malaria.

Ekins also notes that lack of funding is an issue: the release of data has not come with associated money to support academic teams working to fight malaria.

And a review paper published8 last month by members of the St Jude, Novartis and GSK research teams concluded that they needed to speed up data sharing. They also called for external researchers to be given easier access to physical samples of the more promising drug candidates.

Some positive steps are already under way: data on the library of molecules are now held on a dedicated website, the ChEMBL — Neglected Tropical Disease archive.

And last December, the Medicines for Malaria Venture (MMV), a drug-development non-profit organization based in Geneva, Switzerland, launched a ‘malaria box’ containing samples of 400 potentially antimalarial compounds from the three libraries and available to researchers for free. The MMV has already had 25 requests, which it says is very encouraging.

“We all stepped up and took a risk to put our data out into the public domain,” says Guy. “It’s demonstrably working. There are a lot of papers coming out with these compounds in them now and you’re going to see a lot more of them.”