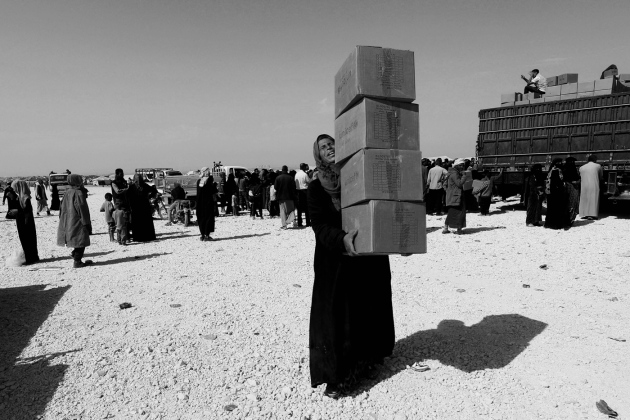 Over the past decade, non-profit organizations have sent millions of small stoves to families in the developing world. These appliances are intended to stop people from cooking over open flames indoors — an activity linked to four million deaths per year, attributable to household air pollution.

But economists and public-health researchers have published studies that question the benefits of this effort. One randomized controlled trial (RCT), reported in 2012 and involving 15,000 households in rural India, found no evidence of improved lung function in women in the first four years after they received a stove (see go.nature.com/2zjgwny).

The RCT suggests that these efforts might be revised. But as useful as RCTs are in development economics and global health, they have limits. Findings in one place might be wildly different in another. And in a crisis, first responders are typically too busy trying to provide shelter, health care and bare necessities to design and carry out a controlled set-up.

But humanitarian groups can still improve their efforts in the short  and long term through evidence obtained with new technology. A Nature News Feature this week highlights software called the Dharma Platform, which enables workers on the front line of hurricanes, outbreaks or other crises to record, share and analyse useful data — for example, the spread of disease in rural villages. Dharma is being tested by Médecins Sans Frontières (or Doctors Without Borders), the World Health Organization and other groups combating crises in the Middle East. And it is just one of many new technologies that will make data faster to collect and easier to exchange.

The rush to provide food,  shelter and health care can be as chaotic as the disaster itself. Hundreds of millions of dollars flood into the world’s largest agencies and non-governmental organizations, which often sub-contract delivery to dozens of smaller groups. In such a system, the best source of data is a person on the ground — often someone low in an organization’s chain of command. It’s this aid worker who listens as a mother describes how she’s received four sacks of rice, yet her babies have nothing to eat. This essential feedback is typically recorded on paper. If it makes it into a report, weeks or months will pass by the time it gets to headquarters, where managers then adjust the system.

Platforms such as Dharma that collate real-time data could quicken this response time by informing groups of what people need, and help to reassure donors that their money is being spent wisely. After an acute crisis, researchers can use data collected in the heat of the moment to answer big-picture questions. For example, how might assistance better prevent tragedies that follow disasters, such as the cholera epidemic in the wake of Haiti’s 2010 earthquake, or blindness in survivors of Ebola? As long as data collection is organized, consistent and secure, researchers distanced from those delivering aid can evaluate projects objectively.

Requesting more data and analysing them coldly will make failures more evident. In turn, philanthropists, taxpayers and governments that donate money should evaluate each inefficiency sensibly, and not be unforgiving. For example, a tiny fraction of donated insecticide-treated bednets may be used as fishing nets — but that fact should not negate an intervention that has been shown to reduce cases of malaria caused by Plasmodium falciparum by up to 62% (C. Lengeler Cochrane Database Syst. Rev. http://doi.org/c4f9c7; 2004). Failures at all scales must be upheld as lessons in the continuing struggle to do what’s right — and not as arguments to abandon aid completely.