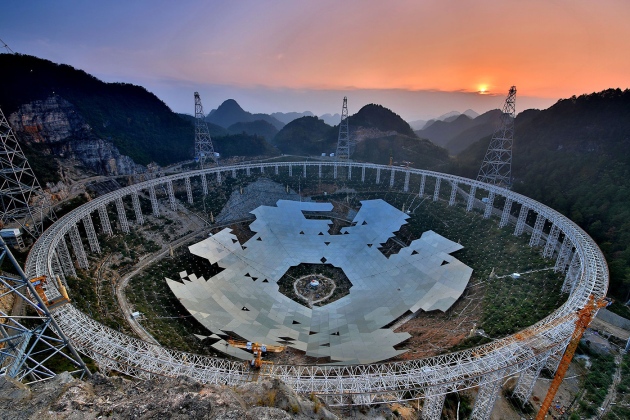 FAST’s surface is made up of some 4,500 panels, some of which can be manoeuvred to change the telescope’s shape.

Set in a remote natural depression in the mountainous region of Guizhou, China, the world’s largest single-dish telescope is on the brink of sparking a new era in radio astronomy. But scientists also worry about the daringly complex structure of the Five-hundred-meter Aperture Spherical Radio Telescope (FAST).

“It will be the instrument of choice for any exotic object in its range,” says Matthew Bailes, an astrophysicist at the Swinburne University of Technology in Hawthorn, Australia. But “its design is so radical, we’re all wondering if it will work.”

On 25 September, FAST’s construction was declared officially complete. Some 200 scientists from around the world attended an inauguration ceremony and got their first look at FAST’s preliminary data, which will be used to debug the telescope. That process could take three years or more, says Peng Bo, an astronomer at the National Astronomical Observatories in Beijing and the project’s deputy manager.

Then teams from around the world will be able to bid for time to use the telescope, FAST chief scientist Nan Rendong told Nature.

Many observatories are open to international teams, but astronomers were unsure whether FAST would be. “This is critical to achieving the best possible science,” says astronomer Jason Hessels at the Netherlands Institute for Radio Astronomy in Amsterdam.

FAST has twice the effective collecting area of the Arecibo Observatory in Puerto Rico and will scan twice as much sky (see ‘Galactic giant’). Size matters because many celestial objects are tough to detect. Spinning stars called pulsars and the cosmic clouds of hydrogen that hold clues to the origin of the Universe emit faint signals, whereas mysterious ‘fast radio bursts’ are transient. A larger -telescope increases the number of signals available, aiding the discovery and characterization of such objects. 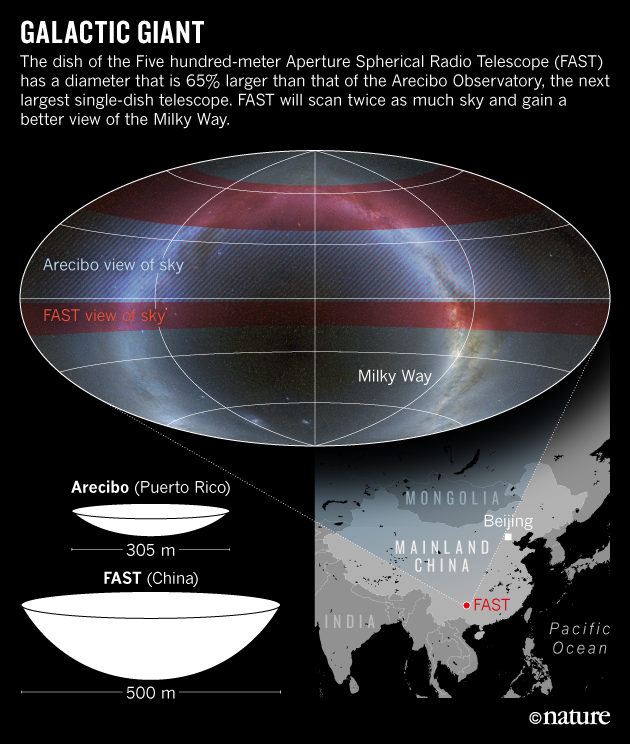 Pulsars, which send out periodic bursts of radio waves as they spin, are expected to give FAST its first taste of success. Peng thinks the telescope will more than double the current pulsar count of 2,600. FAST might even uncover the first pulsar with a period of under a millisecond, suggests Shri Kulkarni, an astronomer at the California Institute of Technology in Pasadena. Because pulsars are predicted to break up at around this speed, this “would blow away a number of models of physics of dense matter”, he says.

FAST should also detect more ‘millisecond pulsars’, whose regular periods of 1–10 milliseconds mean that they rival atomic clocks as timekeepers, says Kulkarni, who helped discover the first millisecond pulsar using Arecibo. FAST should eventually be able to track them for long enough to reveal distortions in their periods caused by gravitational waves, the ripples in space-time whose direct detection was announced in February. 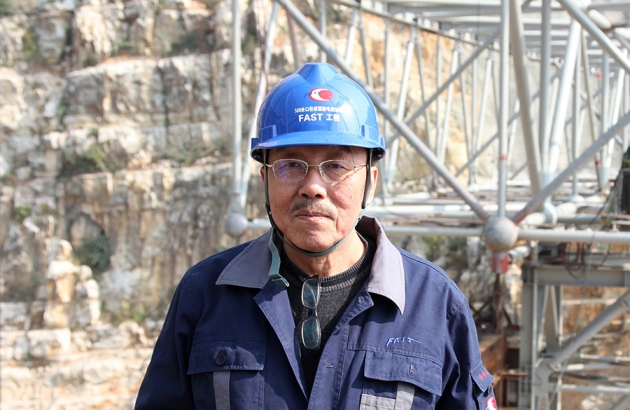 Chief scientist Nan Rendong worries about FAST’s reliability, but speaks of the project as an almost sacred endeavour.

Nan, who is an astronomer at the National Astronomical Observatories in Beijing, says FAST will also be able to detect molecules from outer space that are suggestive of life, and plans to enlist the telescope in the search for extra-terrestrial intelligence (SETI). The giant telescope is also likely to discover something completely unexpected, say astronomers.

But FAST’s construction was not easy, and its reliability is not a given. Like Arecibo’s, FAST’s dish curves like a sphere. Such a surface is the simplest and cheapest to build, and means that the dish receives signals from a broad swathe of sky. But unlike steeper ‘parabolic’ dishes, it does not concentrate the signals at one point, and so there is a loss of focus, causing FAST’s designers to opt for a radical solution.

Arecibo has mirrors attached to its dish to correct for the loss of focus, but a similar set-up for FAST would have meant 10,000 tonnes of metal hanging over the dish. Instead, FAST’s surface is made up of some 4,500 panels, some of which can be tilted, raised and lowered by 2,225 actuators to temporarily make it parabolic.

But this makes FAST extremely complicated. The 100-metre-wide parabolic Green Bank Telescope in West Virginia has about 2,000 moving panels to help it maintain its shape, but these usually shift by only a few centimetres, says astronomer D. J. Pisano at West Virginia University in Morgantown, who has studied hydrogen clouds for 10 years using Green Bank. “For FAST they will be moving the panels over distances of metres,” he says. “This is definitely a challenge.” 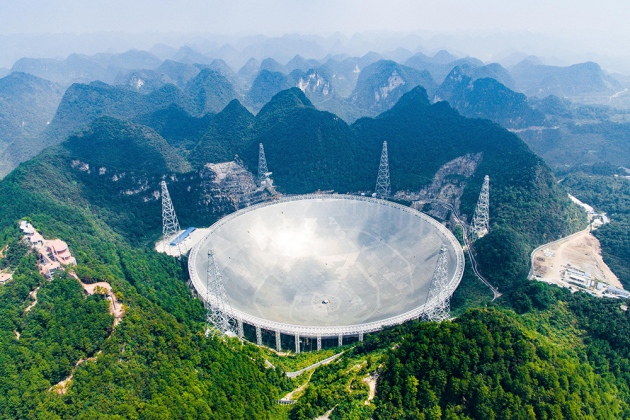 Guizhou hosts a natural rocky depression that is just the right size for FAST.

Even Nan is worried that it could be some time before the telescope is ready to do science. “It’s terrible, terrible, thinking about reliability,” he says. The team has found more than 150 problematic actuators in the months running up to the first testing phase, leading to arguments with the contractors who supplied them. “And it’s not just the actuators,” Nan says. “Everything is difficult, everything is risky.”

Peng is more sanguine and says of Nan: “I’m too optimistic; he’s too sceptical.”

Nan, who like Peng has been involved in FAST since its inception in the early 1990s, relates its history like a saga. There was the exhausting lecture circuit to drum up support. There was the lobbying for permission to use ultra‑high-resolution GPS to find the best site. And there were the old-school construction methods, which were necessary because the surrounding mountains are too steep for heavy machinery.

But Nan’s despondency belies his excitement. He wrote a poem for a promotional video, and he speaks of the telescope as an almost sacred endeavour. The rock formation on which it sits is “unique on Earth, I promise you”, he says. And he describes FAST’s potential to find clues to alien life as “the possible detection of civilization”.

“We’ll see a lot of beautiful things,” he says. “It’s an adventure.”