In 1914, German scientist Max von Laue won the Nobel Prize in Physics for discovering how crystals can diffract X-rays: a phenomenon that led to the science of X-ray crystallography. Since then, researchers have used diffraction to work out the crystalline structures of increasingly complex molecules, from simple minerals to high-tech materials such as graphene and biological structures, including viruses. With improvements in technology, the pace of discovery has accelerated: tens of thousands of new structures are now imaged every year. The resolution of crystallographic images of proteins passed a critical threshold for discriminating single atoms in the 1990s, and newer X-ray sources promise images of challenging proteins that are hard or impossible to grow into large crystals.

Birth of an idea 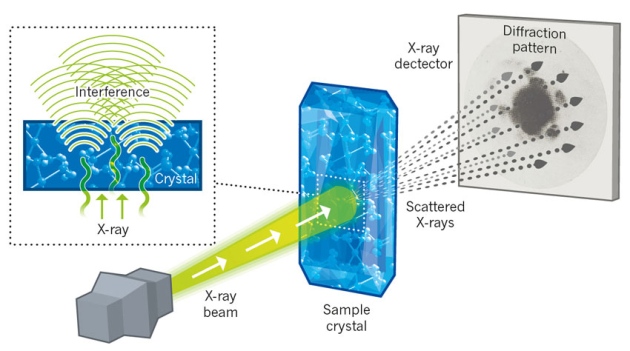 Von Laue hit on the idea that when X-rays passed through a crystal, they would scatter off the atoms in the sample and then interfere with each other like waves passing through a breach in a shore wall. In some places, the waves would add to each other; in others, cancel each other out. The resulting diffraction pattern could be used to back-calculate the location of the atoms that scattered the original X-rays. Von Laue and his colleagues proved his theory in 1912 with a sample of copper sulphate.

The Worldwide Protein Data Bank has been collecting resolved structures of proteins since 1971, and now holds nearly 100,000 entries. Other databanks, including the Crystallography Open Database (COD), include structures of everything from minerals to metals and small biological molecules. The COD is now adding instructions into its database for how to print three-dimensional models of some structures.

Better techniques for both imaging and interpreting data have allowed researchers see finer details in some structures and tackle ever more complicated molecules.

Diffraction image allowed researchers to confirm the tetrahedral structure of carbon atoms in this famous crystal.

The first organic molecule to be imaged, chosen because of its simple cubic symmetry. It proved that molecules, not just atoms, can make up the repeating elements of a crystal. 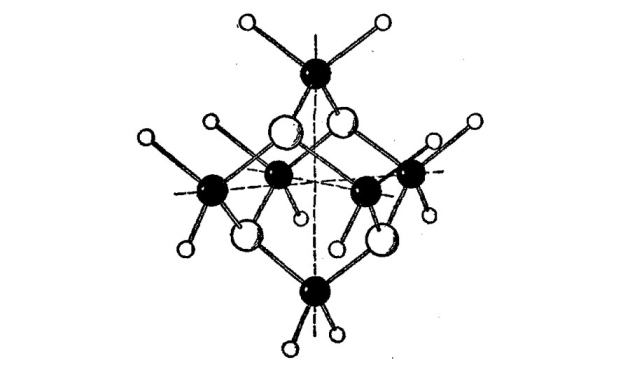 The determination of the structure of silicate minerals was fundamental to the field of mineraology.

Rosalind Franklin’s X-ray image of DNA, known as photo 51, helped James Watson and Francis Crick to create their famous model of the double helix. An atomic-resolution image of the structure proposed in 1953 was not taken until 1980. 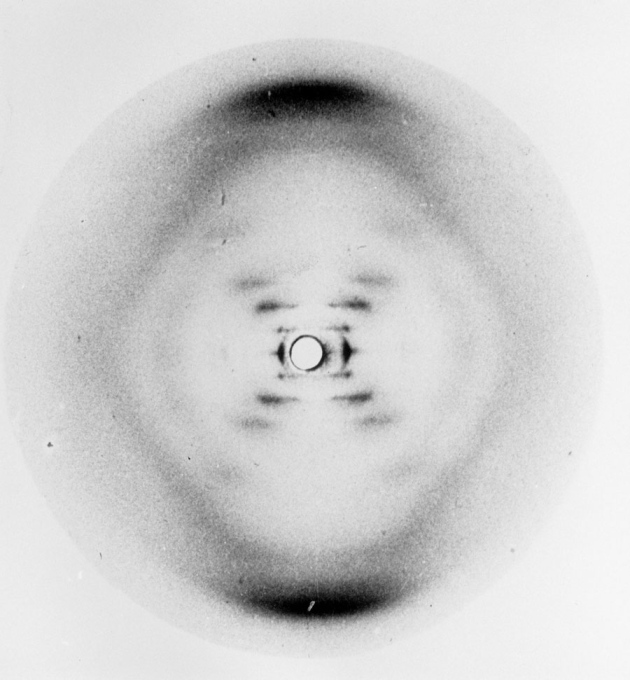 The irregular folds seen in the structure of the first imaged protein were a huge surprise. 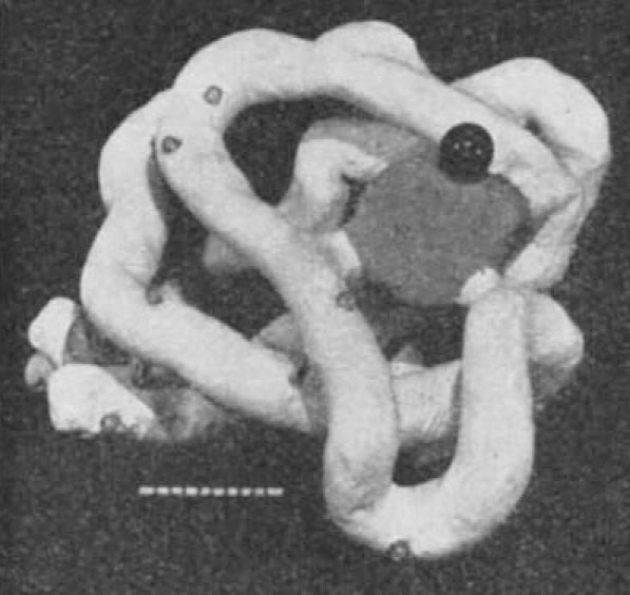 The first enzyme to be imaged, sourced from hen egg whites. 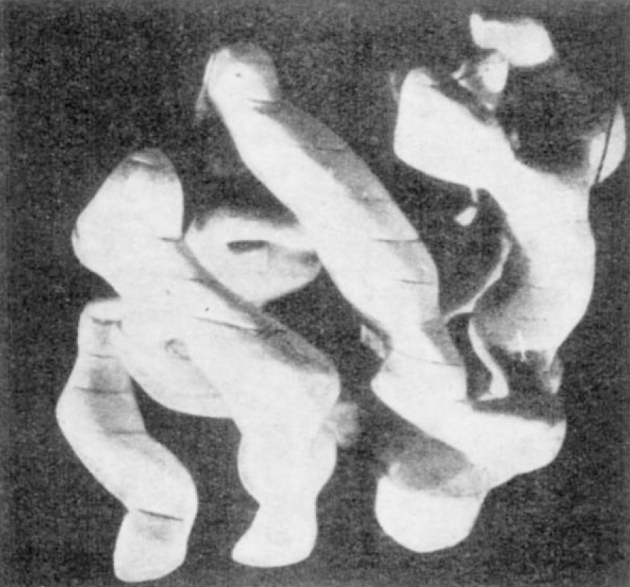 A study of insect muscle at the German Electron Synchrotron (DESY) in Hamburg was the first to use X-rays generated by a synchrotron. The use of these machines caused a boom in crystallography studies.

First atomic-scale image of a complete virus: in this case, a plant virus. It revealed structural rules that were found to hold true in human pathogens a few years later. 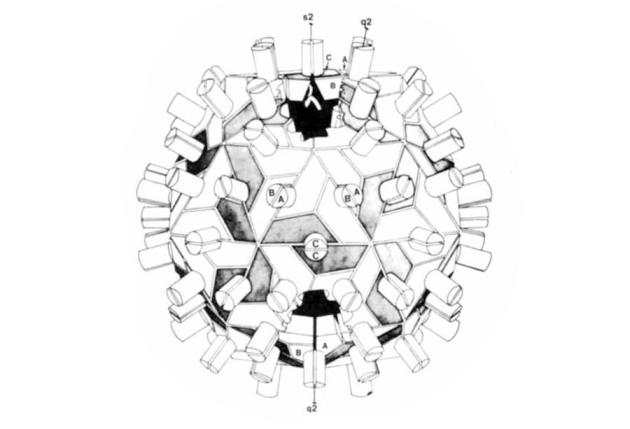 The first crystals were identified with atomic arrangements that do not repeat exactly, defying general wisdom about crystals. 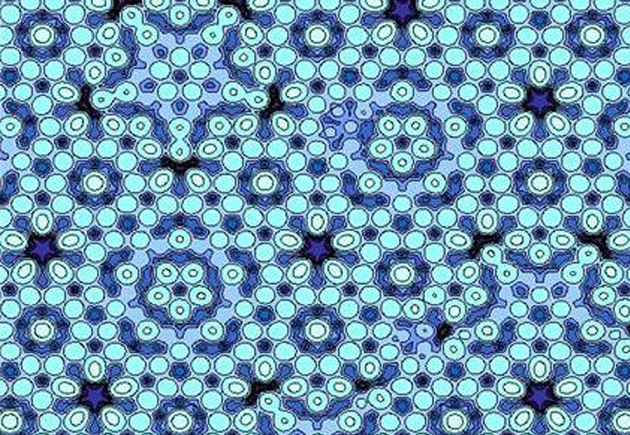 The molecular machine that assembles proteins from instructions encoded in DNA. 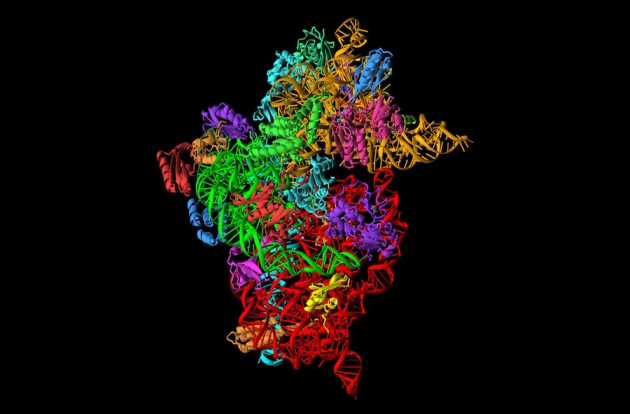 An X-ray crystallographic image of the hook that HIV uses to bind to human cells helped to resolve a debate about what this important protein looks like. 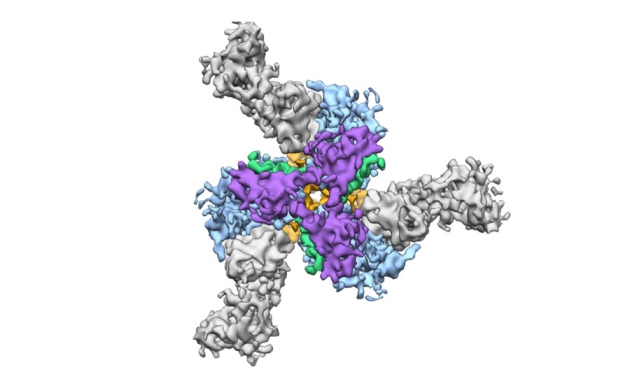 The ‘most wanted’ list of proteins that remain to be imaged includes the massive spliceosome, which helps to organize and edit messenger RNA, and the even larger nuclear-pore complex, which serves as a nucleus’s gatekeeper.

These structures can contain hundreds of proteins, making them hard to crystallize or keep still for an image.

One strategy is to crystallize bits of these structures and piece them together like a jigsaw; the use of X-ray free-electron lasers should also help.