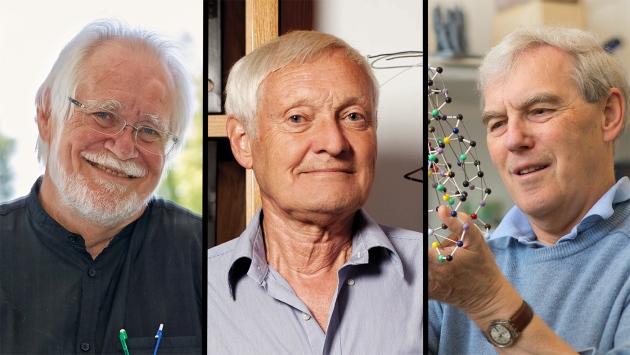 The 2017 Nobel Prize in Chemistry has been awarded for work that helps researchers see what biomolecules look like.

Jacques Dubochet, Joachim Frank and Richard Henderson were awarded the prize on 4 October for their work in developing cryo-electron microscopy (cryo-EM), a technique that fires beams of electrons at proteins that have been frozen in solution, to deduce the biomolecules’ structure.

For decades, biologists have used X-ray crystallography — blasting X-rays at crystallized proteins — to image biomolecular structures. But labs are now racing to adopt the cryo-EM method, because it can take pictures of proteins that can’t easily be formed into large crystals. The tool has “moved biochemistry into a new era”, says the Royal Swedish Academy of Sciences, which awards the prize.

In the 1970s, Henderson, a molecular biologist who works at the MRC Laboratory of Molecular Biology in Cambridge, UK, and his colleague Nigel Unwin were trying to determine the shape of a protein called bacteriorhodopsin. The molecule, which uses light energy to move protons across a cell membrane, proved unsuitable for crystallography. So the researchers turned to electron microscopy (see ‘The rise of cryo-electron microscopy’) and, in 1975, produced their first 3D model of the protein1. 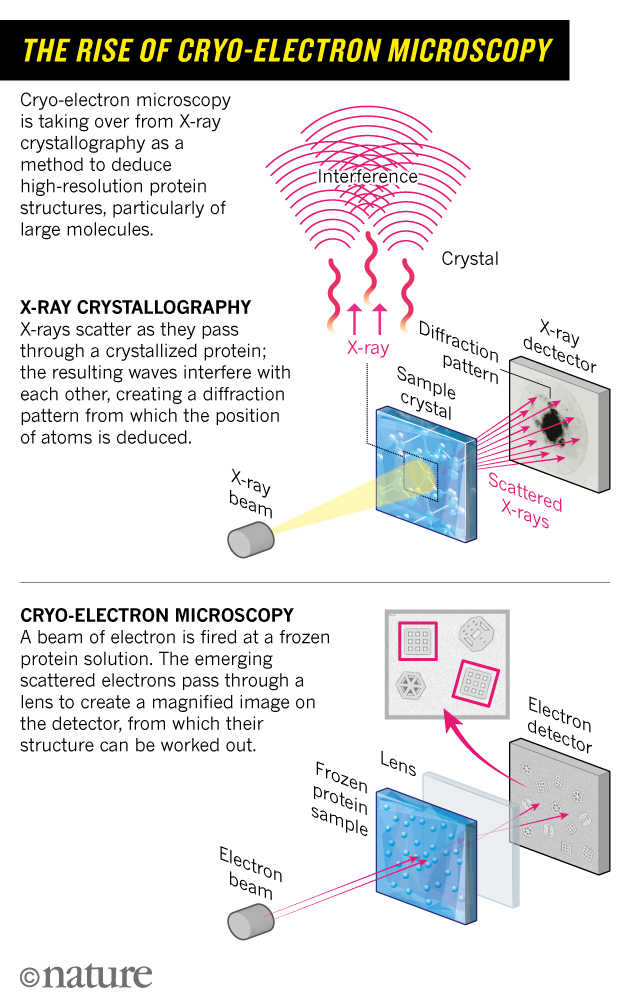 During the same decade, Frank, a biophysicist who is now based at Columbia University in New York City, and his colleagues developed image-processing software to make sense of the fuzzy pictures that are produced when an electron microscope is aimed at a protein, and to convert these two-dimensional blurs into 3D molecular structures.

In the early 1980s, a team led by Dubochet, who is now an honorary professor at the University of Lausanne in Switzerland, worked out how to prevent water-soluble biomolecules from drying out in the vacuum of an electron microscope, allowing the molecules to retain their natural shape during imaging. His team found a way to flash-freeze solutions of proteins using liquid ethane, keeping the molecules relatively still when they were pummelled with electrons. This allowed researchers to use electron microscopes to determine the structures of proteins at much higher resolution than before.

These and other improvements enabled Henderson to create the first atomic-resolution images of a protein using cryo-EM in 19902.

Although the research recognized by the Nobel Committee was conducted in the 1970s and 1980s, it laid the groundwork for what many scientists have dubbed a revolution in recent years. Subsequent improvements in the sensitivity of electron microscopes and in software used to transform their images into 3D structures have caused many labs to favour the technique over X-ray crystallography. 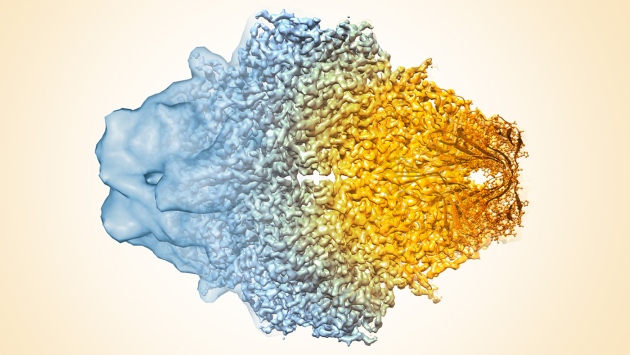 Cryo-electron microscopy of proteins such as this β-galaxtosidase enzyme has progressed from the low-resolution density map on the left to the atomic coordinates on the right.

Frank told journalists gathered at the Royal Swedish Academy of Sciences in Stockholm that technological innovations can have a larger impact than discoveries. “Cryo-electron microscopy is about to completely transform structural biology,” he said. He added that the ribosome — the machinery that makes proteins inside cells — was the “coolest” molecule he had imaged.

Venki Ramakrishnan, a structural biologist at the Laboratory of Molecular Biology who shared the 2009 Nobel Prize in Chemistry for his work to reveal the structure of the ribosome using X-ray crystallography, is one of many converts to cryo-EM. After learning about the award from a Nature journalist, he said: “Oh, fantastic! Those are exactly the people I thought should win the Nobel prize.”

Benoît Zuber, a structural biologist at the University of Bern in Switzerland, who did his PhD with Dubochet, says his mentor was always confident that cryo-EM would become a vital tool, even as others derided the field as “blobology” for the low-resolution molecular images it captured.“He had a vision and he was convinced about it, even when everybody was telling him that this was just a dream," says Zuber.

“It’s a great recognition for all the developments that have happened in the past. It’s fantastic,” says Sjors Scheres, a cryo-EM specialist who works alongside Henderson. The two were returning from a conference in Leicester, UK, yesterday, when Scheres asked Henderson whether he would keep his phone close in case the Nobel Committee called. “He said, ‘I think they should give it to Jacques Dubochet.’ He would never say that he should get one,” Scheres says. “It’s a well-deserved trio.”

This story originally indicated that bacteriorhodopsin moves proteins across the cell membrane. In fact, it moves protons.