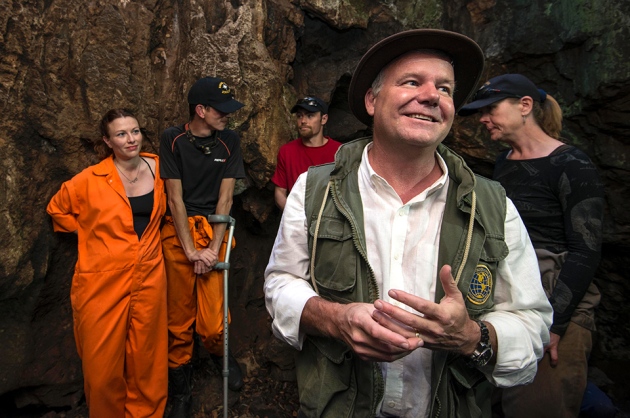 “Dear colleagues — I need the help of the whole community,” palaeoanthropologist Lee Berger posted on social media on 6 October 2013.

Berger, based at the University of Witwatersrand in Johannesburg, South Africa, had just learned of a small underground chamber loaded with early human fossils. He was looking for experienced excavators to collect the delicate remains before they deteriorated further. “The catch is this,” Berger went on. “The person must be skinny and preferably small. They must not be claustrophobic, they must be fit, they should have some caving experience.”

Less than two years after he posted this missive, Berger and his team have pieced together more than 1,500 ancient human bones and teeth from the Rising Star cave system — the biggest cache of such material ever found in Africa. The remains belong to at least 15 individuals of a previously undescribed species that the team has dubbed Homo naledi, and they may mark the oldest known deliberate burial in human history, Berger and his colleagues report in eLife1, 2. For Berger, the research marks a milestone in a campaign to transform palaeoanthropology into an open and inclusive field, in which rare fossils are rapidly shared with the scientific world instead of being squirrelled away as an elite few scrutinize them for years. 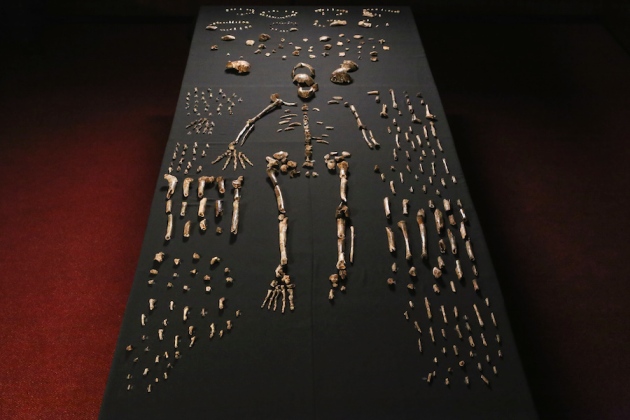 “There’s lots of fossils out there no one has ever seen, except for a few select people. Palaeoanthropology is really rotten that way,” says Tracy Kivell, a palaeoanthropologist at the University of Kent in Canterbury, UK, who analysed hand bones from Rising Star and is a co-author of the paper that describes H. naledi1. “Lee is changing that and setting a new standard for what we should expect.”

Palaeoanthropologist Denné Reed of the University of Texas at Austin sees Berger’s openness as part of a generational shift in the field. “We’re more interested in openly sharing data,” he says. “The advantages in collaboration far outweigh any of the risks.”

A little help from your friends

A few weeks before Berger advertised for help, cavers who work with him had discovered the Dinaledi Chamber in the Rising Star cave system, about 50 kilometres northwest of Johannesburg. Berger hoped to remove the remains as soon as possible, but he needed help. The narrow chamber is about 30 metres below ground, and the only access is through a slit in the rock about 20 centimetres wide. “I’m not physiologically appropriate to ever get in the system,” he says, referring to his large build. A month after his social media post, Berger had six scientists at work in the cave. 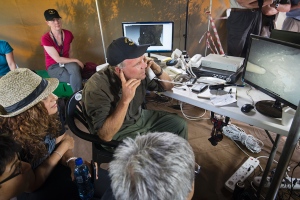 As he and other colleagues watched a video feed in a nearby tent, the excavators pulled up skulls, femurs, teeth and hundreds of other specimens. “By the end of this expedition, we had recovered more individual remains than had been discovered in South Africa in the last 90 years,” says Berger.

The research team with which Berger usually works to analyse early human remains was busy making sense of other fossils, discovered in 2008 at the nearby Malapa site. So Berger put out another social media call, this time recruiting more than 30 early-career scientists to attend a month-long workshop to analyse and describe the fossils.

John Hawks, a palaeoanthropologist at the University of Wisconsin–Madison who helped to coordinate the Rising Star dig and workshop, says that the team took flak for its unorthodox approach. “There’s a lot of the field that really believed we’re just a couple of cowboys who don’t know how things should be done,” he says. 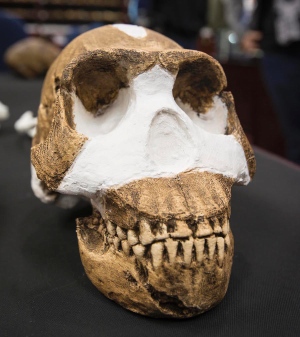 The team intends to publish at least a dozen papers from the workshop in coming months; the two published today are the first. They describe the site and the anatomy of Homo naledi, whose skull encased a small, fist-sized brain much like those of other early members of the genus Homo and of the more ancient australopiths. In other ways, its body is more like those of modern humans, with the lower limbs and feet of a biped and hands that could have gripped tools with precision. The researchers estimate that H. naledi would have stood just under 1.5 metres tall and weighed between 40 and 55 kilograms.

“It is a very strange combination of features, some that we’ve never seen before and some that we would have never expected to find together,” says Hawks.

The researchers are unclear about how H. naledi is related to other early human species that lived in Africa, such as Homo erectus and Homo habilis. They hope to date calcite deposits in the cave to establish the age of the remains, which could be more than 1 million years old.

The chamber contains no evidence that early humans lived there, and no bones from species other than H. naledi, so Berger believes it might be a deliberate burial, and possibly the oldest known. Currently, the oldest site that seems to represent an early human burial is Sima de los Huesos in the Atapuerca Mountains, Spain, which dates to 430,000 years ago.

Fred Spoor, a palaeontologist at University College London, agrees that the bones represent a previously unknown Homo species, and says that Berger’s team makes a good case that they were deposited intentionally, after considering other alternatives. He is eager to see what other experts make of it.

However, Jeffrey Schwartz, an evolutionary biologist at the University of Pittsburgh in Pennsylvania, thinks that the material is too varied to represent a single species. “I could show those images to my students and they would say that they’re not the same,” he says. One of the skulls looks more like it comes from an australopithecine, he says, as do certain features of the femurs.

Schwartz and others will soon get the chance to judge the Rising Star remains for themselves. Berger’s team has uploaded data including 3D scans of the remains to the MorphoSource repository, and welcomes other researchers to study the material at first hand. Berger did the same with remains of a species called Australopithecus sediba that were discovered at the Malapa site.

Schwartz says he has had trouble accessing some researchers’ hominin remains even after they had been described in a journal. But when he asked Berger’s team if he could purchase A. sediba casts several years ago, he got them for free. “How good can you be?” Schwartz says. “It’s been refreshing and delightful that Lee Berger has always made his specimens accessible.”

This story originally reported that the fossil deposit in the Dinaledi Chamber is about 12 metres underground. It lies at about 30 metres depth.