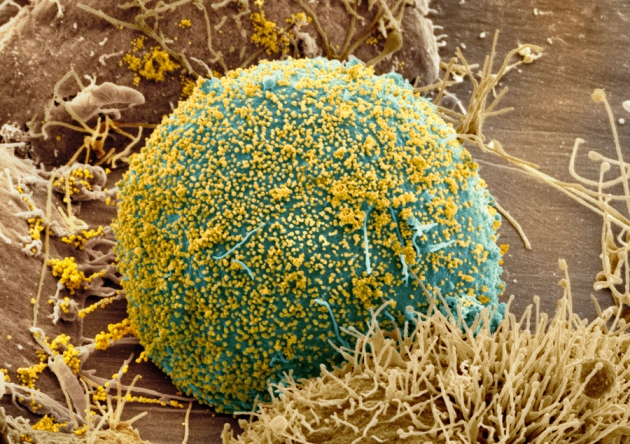 A tiny coffee shop table can barely contain Reid Rubsamen, whose restless energy nearly propels him out of his chair as he talks about the Immunity Project, his initiative to crowd-source money to make a new HIV vaccine.

"It is dreaming big," declares the anaesthesiologist and entrepreneur, whose enthusiasm makes him an effective pitch man for the Immunity Project, based in Oakland, California. Its web videos have helped the effort raise US$402,000 from crowd-funders, and the technology-startup accelerator Y Combinator, based in Mountain View, California, has chipped in another $20,000.

But missing from Rubsamen’s promotional campaign are any HIV researchers or data supporting the effort’s scientific strategy. The unorthodox approach raises the question of whether crowd-funding in Silicon Valley, which tends to be more impressed with technology and marketing than peer-reviewed data, is compatible with medical research — an increasingly pertinent issue as scientists appeal to the public to fund more projects aimed at developing therapies. This is banned by large crowdfunding sites such as Kickstarter, but medical researchers are finding other means to solicit cash. On 6 February, for instance, San Francisco, California-based evolutionary pharmacologist Ethan Perlstein began a campaign to raise $1.5 million to support his independent lab via AngelList, an investors’ social network, and Rubsamen has hired a digital-marketing firm to run his campaign.

"I worry that the skills necessary to run a successful crowd-funding campaign are orthogonal to the skills needed to make a successful therapy," says Max Hodak, co-founder of the Menlo Park, California-based biotechnology company Transcriptic, which raised $1.2 million of its $4.1 million in funding on AngelList. “You can have people who are bad at science but are good at fundraising in public."

Indeed, two HIV researchers who the project once claimed were on board — Bruce Walker of Massachusetts General Hospital in Boston and Salim Abdool Karim, director of the Centre for the AIDS Programme of Research in South Africa — have asked that their names be removed from the project’s materials in the past two weeks.

Walker said he was listed as an adviser to the project "in error"; Abdool Karim, who was listed as its clinical investigator, did not respond to e-mails requesting comment on his involvement.

Other scientists are sceptical of the Immunity Project’s strategy, which aims to trigger immune cells, called T cells, to attack HIV-infected cells in the body. The project hopes to find pieces of  HIV, called epitopes, that are targeted by HIV 'controllers' — people who naturally keep HIV in check. Rubsamen’s scientific collaborator, computer scientist David Heckerman of Microsoft Research, analyses these epitopes. Rubsamen hopes that by incorporating these epitopes into a vaccine, he can spur anyone to produce the same protective T-cell response as that seen in HIV controllers.

But HIV researchers say that controllers quash HIV in part thanks to their genetic make-up, which cannot be duplicated in non-controllers. That would make it impossible for a non-controller to completely mimic a controller’s T-cell response.

"They’re preying on people who are desperate for a vaccine," says immunologist Louis Picker of the Oregon Health and Science University in Portland. "The concept they’re selling is an old concept that has been shown not to work, and can’t work."

"Since there’s more science happening than could ever be funded by the government, maybe crowdfunding is an important tool to start these things off," says Rubsamen, who previously founded two companies, one of which, Aradigm, in Hayward, California, makes inhaled drugs. "It’s a different operating zone for some people, and I’m sure it’s an uncomfortable zone for some people."

Researchers indeed seem uncomfortable about whether materials designed to inspire and engage the public can accurately convey the state of the Immunity Project’s science. They point out that the project’s website does not mention its minuscule chance of success (most vaccine candidates fail), or the fact that existing agreements already promise to make an HIV vaccine available at low or no cost. (Its website reports that “Animal studies [were] successfully conducted with positive results", but these animal studies tested a vaccine against other viruses. Rubsamen says this work has been submitted for publication in a peer-reviewed journal.)

"It seems like they’re going straight to the public and making appeals to emotion because they don’t have the scientific background to establish themselves in the research community," says virologist Abbie Smith at Emory University in Atlanta, Georgia, who criticized the project on her blog, ERV.

Rubsamen hopes that crowdfunding will enlist more people on behalf of science: “We need to do a better job of communicating what we’re doing,” he says.

And Mitchell Warren, executive director of the non-profit HIV prevention advocacy group AVAC, based in New York, gives Rubsamen credit for doing this so far."They have been more successful than others in captivating attention around social media and using novel fundraising approaches," he says.

Warren hopes that this will not backfire: "I hope that they don’t discourage people if there is not a licensed vaccine at the end of the day."

Originally, this story incorrectly described David Heckerman’s science as a search for epitopes, rather than an analysis of them. It also incorrectly stated that Heckerman hopes that a vaccine incorporating these epitopes would spur a protective response in anyone.