Croatia's science-funding system is in a “critical” situation, according to some of its researchers. “With hindsight, I don’t know that I would have returned,” says Marina Šantić, a microbiologist at the University of Rijeka, Croatia, who moved back to her home country after four years of postdoctoral research at the University of Louisville in Kentucky.

Despite leading an expanding and successful research group and co-authoring her institution’s first Science paper only a few months ago1, Šantić has considered quitting research. On her return to Croatia as an associate professor, she discovered that she was earning less in the same post than other researchers who had stayed, skipped the postdoc, and seemed to be less productive. 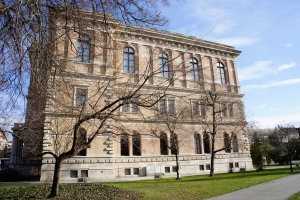 The Croatian Academy of Sciences and Arts in Zagreb is working with the government to draw up a new national science strategy.

“I am in the same position as those who only put in the bare minimum — I don’t stay working until 8 p.m. any more,” she says.

Šantić, like many other Croatian scientists, blames the country's science ministry for failing to reform a funding system that they think is overly centralized and funds too many grant applicants instead of focusing on the best.

Senior researchers argue that the system needs swift and wide-ranging reform from the centre-left government of Prime Minister Zoran Milanović, who took office in December 2011. “There are several big problems,” says Bojan Polić, vice-dean for scientific affairs in the faculty of medicine at the University of Rijeka.

Funding for research projects and equipment has all but stopped, say researchers. They have been waiting for more than a year for a funding call from the science ministry; the last round of grants was issued in 2007, but funding for those projects ended in 2010. Although the ministry funds the majority of projects directly, funding from Croatia’s national science foundation has also dried up.

“The new ministry will have to do something — the situation has become critical,” Polić says.

Like Šantić, he agrees that a key reform must be to the way in which the limited money is awarded. “In the last project call, around 70–80% of projects were funded, which would be inconceivable in any other Western country,” says Polić. “The number of financed projects in Croatia should be much smaller.”

It remains to be seen whether the new science minister, Željko Jovanović, will have the political power to push through such reforms. Previous attempts have been watered down, blocked in court or left in limbo — as happened with a trio of laws on science and higher education last year, after strong lobbying and demonstrations from large parts of the academic community.

The first steps taken by the new ministry are promising, says Polić. It has set up an international advisory board that will encourage development of the science and higher-education systems, and public funding for a glut of domestic science journals is to be refocused on just a few of the best. The ministry is also drawing up a new science strategy in collaboration with the Croatian Academy of Sciences and Arts (HAZU) in Zagreb.

But some people are less convinced. Retired immunologist Vlatko Silobrčić, a member of HAZU, says that the important issues are still the same as in 2001, when he co-authored a science strategy that aimed to impose standard scientific practices to create a more meritocratic system. The was never implemented, because, Silobrčić says, the government realized that the strategy required “radical changes, including political ones", and so formed another working group to draft a plan that was "more acceptable".

“To expect that the majority of bad scientists will consensually accept world criteria and rules of behaviour, such as international peer review, is a fairy tale,” he says. “They must be imposed.”

Saša Zelenika, assistant minister of science, says that the next funding call will take place this summer, and that the ministry is working on "institutionally enabling" the Croatian Science Foundation so that the majority of research projects can be financed by the foundation, rather than directly by the government.

Zelenika adds that the ministry hopes a new science law will go to the parliament by the end of the year, after a white paper outlining the proposals and a public consultation.

“It’s true that we had several good strategic documents, declarations and action plans that remained ‘dead letters on paper’ over the past decade,” says Zelenika. “What is different now is the existence of quite a wide consensus that quick and efficient changes are necessary.”

An earlier version of this story incorrectly stated that three older science laws would return to parliament later this year, rather than new science legislation.