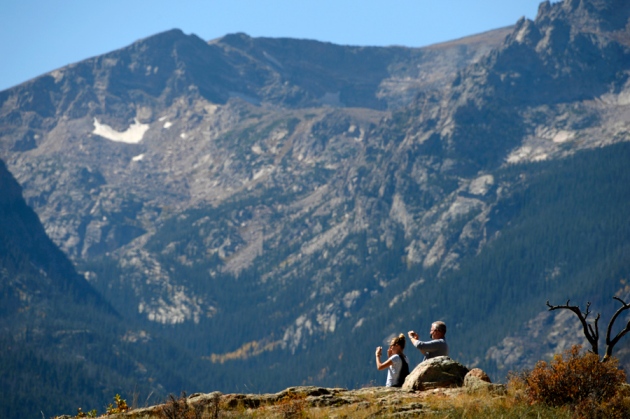 Colorado's Rocky Mountain National Park is one of 106 proposed sites in the National Ecological Observatory Network, which is under scrutiny for its accounting practices.

The most expensive ecological monitoring project in history has come under heavy criticism for using funds from the US National Science Foundation (NSF) to pay for government lobbying and other expenses, including a US$25,000 holiday party and liquor for office happy hours. In all, critics in Congress say that the project spent nearly $500,000 on normally unallowable costs by accounting for the items as a management fee.

An audit ordered by the NSF Inspector General shows no criminal wrongdoing on the part of NEON, Inc., the independent non-profit group constructing the National Ecological Observatory Network. That report, released on 24 November, reveals that the NSF signed off on the management fee with no requirement for NEON to itemize its spending reports. That practice prompted charges of lax oversight by Republican members of the House of Representatives' science committee during a 3 December hearing.

Committee chairman Lamar Smith said that the audits expose wasteful NSF spending of taxpayer dollars. “The NSF is out of touch and out of control,” the Texas Republican said in a statement released before the hearing.

With a construction budget of $433.7 million, NEON is planned to consist of 106 sites across the United States. Arrays of sensors at each site will monitor climate change and human impacts for 30 years, building an unprecedented continental-scale data set. Although some initially doubted its merits, the allure of big-data ecology eventually won over most scientists.

But a 2011 audit of the project’s proposed construction budget stalled three times when, according to the independent Defense Contract Audit Agency (DCAA), NEON’s accounting proved so poor that the review could not be completed. Eventually, DCAA issued an adverse ruling, concluding that nearly 36% of NEON’s budget proposal was questionable or undocumented.

When the NSF green-lit the project, the agency's inspector-general ordered the audit that was released on 24 November, which found unallowable expenses including a $25,000 winter holiday party, $11,000 to provide coffee for employees, $3,000 for board-of-directors dinners that included alcohol, $3,000 for t-shirts and other clothes, $83,000 for “business development” and $112,000 for lobbying.

These figures drew a rebuke in September from Republican senators Chuck Grassley of Iowa and Rand Paul of Kentucky, who were provided a draft of the audit by a whistleblower. In a written response, the NSF called NEON’s use of the funds disconcerting.

But whether such spending was illegal comes down to wrangling over the purpose of management fees. They are ostensibly charged by contractors in order to cover legitimate operating expenses that cannot be included in the normal budgeting process, like interest payments.

“It’s hard for me to see that a holiday party is a normal and ordinary operating expense,” said Allison Lerner, the NSF's inspector general. But because there are no clear government-wide guidelines, and the NSF did not issue any, there was no legal wrongdoing, DCAA director Anita Bales told the hearing. Both the audit report and memos from Lerner’s office recommended that the NSF review its management-fee policies — a step that the agency said it was taking in a written statement released on 26 November.

NEON chairman James Collins said that the organization “has always spent all funding in strict compliance with our understanding both of the guidelines provided to the organization and the law. We will be and have been responsive to requests for information.”

Republicans on the House science committee repeatedly invoked their oversight role in ensuring public trust in the NSF’s spending. But some saw politics at work in the hearing, at which NSF management was not represented. Democratic congresswoman Eddie Bernice Johnson of Texas called the hearing premature, saying that it had not given the NSF time to complete its review of management fees.

After the hearing, DCAA director Bales said she was not impressed by the scale of the alleged misconduct. “In the contract world, we do a lot of reports that disallow this kind of thing. So, you know, people do it,” she said. “But then we identify it.”