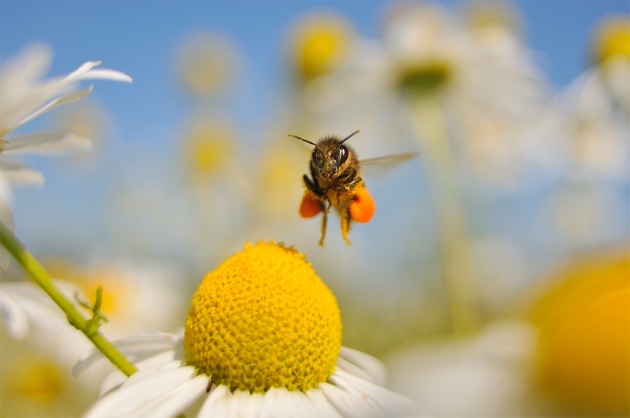 Honey is a major source of food for honey bees.

Honey bees on every continent except Antarctica face significant exposure to neonicotinoid pesticides — chemicals that some studies suggest harm bees’ health. Researchers who tested honey from nearly 200 sites worldwide found that 75% of their samples contained some level of the pesticides, according to a report published on 6 October in Science1.

“It’s not a surprise, in a sense, that we find neonicotinoids in honey. Anybody could have guessed that,” says lead author Edward Mitchell, a biologist at the University of Neuchâtel in Switzerland. “What’s original is using the same protocol. We now have a worldwide map of the situation.”

The research provides additional context for the long-running debate over whether and how neonicotinoids affect bees’ health. Some studies have suggested that exposure to neonicotinoids lowers honey bees’ nutritional status2 and impairs their immunity3. And in June, a paper published in Science reported that neonicotinoids lower honey bees' chances of survival during the winter, and threaten the queen in particular, which can affect reproduction4.

To assess the scale of honey bees’ exposure to neonicotinoids around the world, the authors of the new study collected honey from 198 sites on six continents through a citizen-science project. Then they tested those samples to determine the concentrations of five of the most commonly used neonicotinoids. Honey collected in North America had the highest proportion of samples containing at least one neonicotinoid, at 86%, with Asia (80%) and Europe (79%) close behind.

The extent of the contamination, even in honey from remote places — including islands in the middle of the Pacific Ocean and off the coast of West Africa — is surprising, says Amro Zayed, an insect researcher at York University in Toronto, Canada. The findings suggest that bees the world over are exposed to neonicotinoids constantly over generations, he says, which is worrying because the insects depend so heavily on honey for food. “It’s one thing to go out to a restaurant and get a bad meal, but if you have your fridge at home contaminated with insecticides, that’s an entirely different method of exposure,” Zayed says.

Others say that the widespread presence of neonicotinoids in honey is to be expected, given how commonly the chemicals are used in staple crops such as canola and wheat, as well as in home gardens. “Yes, there is going to be long-term exposure, potentially, to neonics, but that doesn’t say anything about the risk,” says Chris Cutler, an entomologist at Dalhousie University in Halifax, Canada. “Just because it’s there doesn’t necessarily mean there’s a problem.”

Much of the debate about neocotinoids has focused on just this question: how problematic are the pesticides when bees are exposed to them at low levels, but over a long period of time? “One of the issues around assessing the impacts on bees has been the discussion of what a field-relevant level of exposure actually is,” says Nigel Raine, a pollinator-health researcher at the University of Guelph in Canada. “This contributes toward that discussion substantially.”