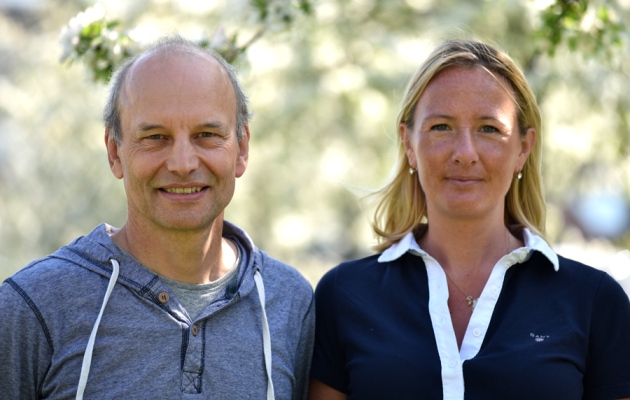 Researchers Peter Eklöv and Oona Lönnstedt say that they will retract their study about fish consuming microplastics.

Update: Science has retracted the paper by Eklöv and Lönnstedt.

The authors of a high-profile paper about the dangers of fish consuming small particles of plastic say that they will retract their study, after an investigation found them “guilty of scientific dishonesty” and raised the possibility that some of the research described “was not conducted”.

Limnologist Peter Eklöv and marine biologist Oona Lönnstedt, both at Uppsala University in Sweden, continue to strongly defend themselves against allegations made about their work, which was published in Science1. But in a statement to Nature’s news team, Eklöv and Lönnstedt said that they have decided to retract the paper.

“Science has to rest on solid ground and the results of this study, even if they are correct, will not be trusted as long as a suspicion of misconduct remains,” they say. “Thus, we decided that we would not have the endurance to keep defending the paper, and hence decided to retract it.” Science says it is in the process of retracting the study.

The controversy centres on a 2016 paper in which the authors reported experiments showing that fish that ate tiny 'microplastics' grew more slowly and were more likely to be eaten by predators.

Soon after the paper’s publication, a group of researchers raised a complaint about the study. They said that not all the data underlying the results were available. And some of the critics who worked at the same research station as Lönnstedt — on Gotland, a Baltic Sea island — said that there were discrepancies between experiments described in the study and eyewitness reports of the researchers’ activities.

Uppsala University investigated those allegations last year and found no evidence of misconduct. But an expert group of Sweden’s Central Ethical Review Board was also tasked with investigating the allegations, and in a statement dated 21 April, said that the paper should be recalled. It also describes Uppsala’s conclusions as “remarkable”.

In its report, the expert panel says that several questions were “repeatedly put” to Eklöv and Lönnstedt about the case, and it found the researchers’ answers to be “in all essentials deficient”, “at times contradictory” and that they often raised further questions.

The paper’s assertion that an animal-ethics committee had approved their specific experiments “is not consistent with the truth”, and by stating that they had approval, the panel says, Eklöv and Lönnstedt have committed scientific dishonesty.

The panel was also concerned about the lack of available original data for the experiments and this contributed to its “scientific dishonesty” finding. Eklöv and Lönnstedt had said last year that a laptop containing the study's data was stolen, and that there had been problems with back-ups. An ‘expression of concern’ was added by Science to the paper last December to note the issue of missing data. 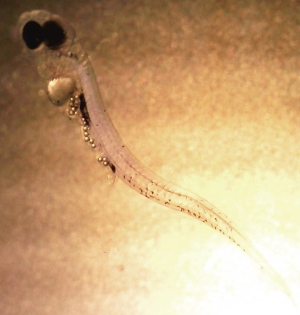 Microplastics in the stomach of a perch larva from the Baltic Sea.

But the fact that the authors “produced no more than weak fragments of the original data and no original traceable data files” also “leads to suspicion that the research was not conducted, at least not to the reported extent”, says the panel.

The report is critical of Science, too. The experiments, as described in the paper, seem to lack adequate control experiments, it says, and “it is remarkable that the article, given these deficiencies, was accepted by the journal Science”. In a statement to Nature's news team, Science said that its reviewers assess both the data presented in manuscripts and whether appropriate controls were done. “If the review process had raised red flags about the controls,” says the statement, “further revision would have been requested by the editors before the paper could be accepted for publication.”

Eklöv and Lönnstedt, meanwhile, say that the investigation report “includes many errors”. For instance, they say they did have an ethical permit covering the experiments they undertook, and the fact that the laptop was stolen, and data not properly backed up “was an unfortunate mistake and not dishonesty”.

Uppsala said in a statement that it will consider the findings of the expert panel before making a decision on whether to take action. Commenting on the contrasting findings of the two investigations, it says that the probes “proceed from different regulatory frameworks and cover different quantities of material” — but notes that the investigations agree that the data were inadequately backed up.

Timothy Clark, an ecologist at the University of Tasmania in Hobart, Australia, and one of the initial group of critics, is concerned that Uppsala is focusing on inadequate data back-up rather than what he considers the more serious issues, such as the suggestion that experiments were not carried out to the extent reported.

Still, Clark feels partially vindicated by the report's findings: “I think the overwhelming emotion is relief that it didn’t follow a similar path to what the Uppsala University preliminary investigation concluded.”

The article has been updated with further comments from Science and the official notice of retraction.