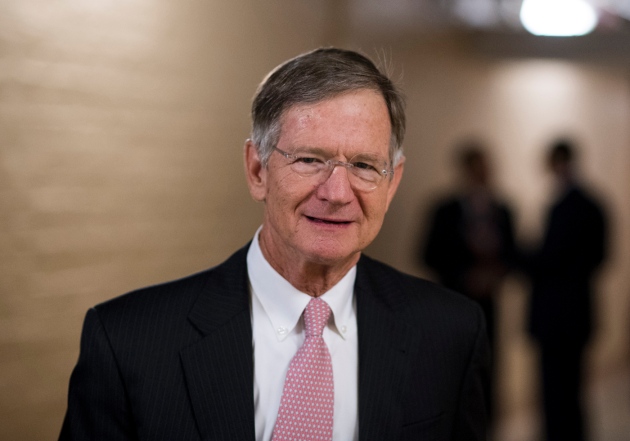 Representative Lamar Smith was first elected to the US Congress in 1987.

Representative Lamar Smith, the controversial chair of the US House of Representatives’ science committee, will retire when his term expires late next year.

Smith, a Texas Republican, has repeatedly questioned the science behind climate change, has sought to pare back the research portfolio of the US National Science Foundation (NSF) and has launched dozens of probes into alleged wrongdoing by individual scientists and US government science agencies. Since taking the helm of the science committee in 2013, he has transformed it from a relatively deliberative panel into an investigative weapon.

Under the rules of the House of Representatives, which limit committee chairs to six years in the role, Smith would have been forced to relinquish his post on the science panel in 2019. That is one of the reasons he decided against running for re-election, according to news reports; the other is the upcoming birth of his second grandchild. As the news of his retirement made the rounds, many scientists and environmentalists celebrated.

“It is a relief,” says Katharine Hayhoe, director of the Climate Science Center at Texas Tech University in Lubbock. Although many politicians have rejected the conclusions of climate science out of political expediency, she says, Smith has been more aggressive than most.

The congressman has repeatedly tried to reshape the NSF, sponsoring multiple pieces of legislation that would require the agency to justify its grants and explain how they serve the “national interest”. He has also pushed unsuccessfully to scale back programmes in geoscience and social sciences, among other fields.

Smith has notably scrutinized the work of climate scientists. In 2015, he attempted to compel the US National Oceanic and Atmospheric Administration (NOAA) to hand over internal documents related to a climate-change study. The research, published in Science in 20151, sought to dispel the idea that the rate of global warming had slowed down around the turn of the century. Smith went so far as to accuse a NOAA official — Thomas Karl, who has since retired — of manipulating data to advance an “extreme climate change agenda”.

In 2016, Smith came to the defence of oil giant Exxon Mobil when it was being investigated by the attorneys-general of New York and Massachusetts, who wanted to know whether the firm had misled investors about the financial implications of global warming. Smith issued subpoenas to the attorneys-general as part of a broader probe, which also targeted environmental groups that have accused Exxon Mobil of suppressing internal research and spreading false information about climate change.

“I think [Smith’s] position on peer review, on the NSF and climate science put him at odds with the science community,” says physicist Neal Lane, a former NSF director who served as science adviser to former president Bill Clinton. “But it was consistent with that of the leadership in the House, which can hardly be described as pro-science.”